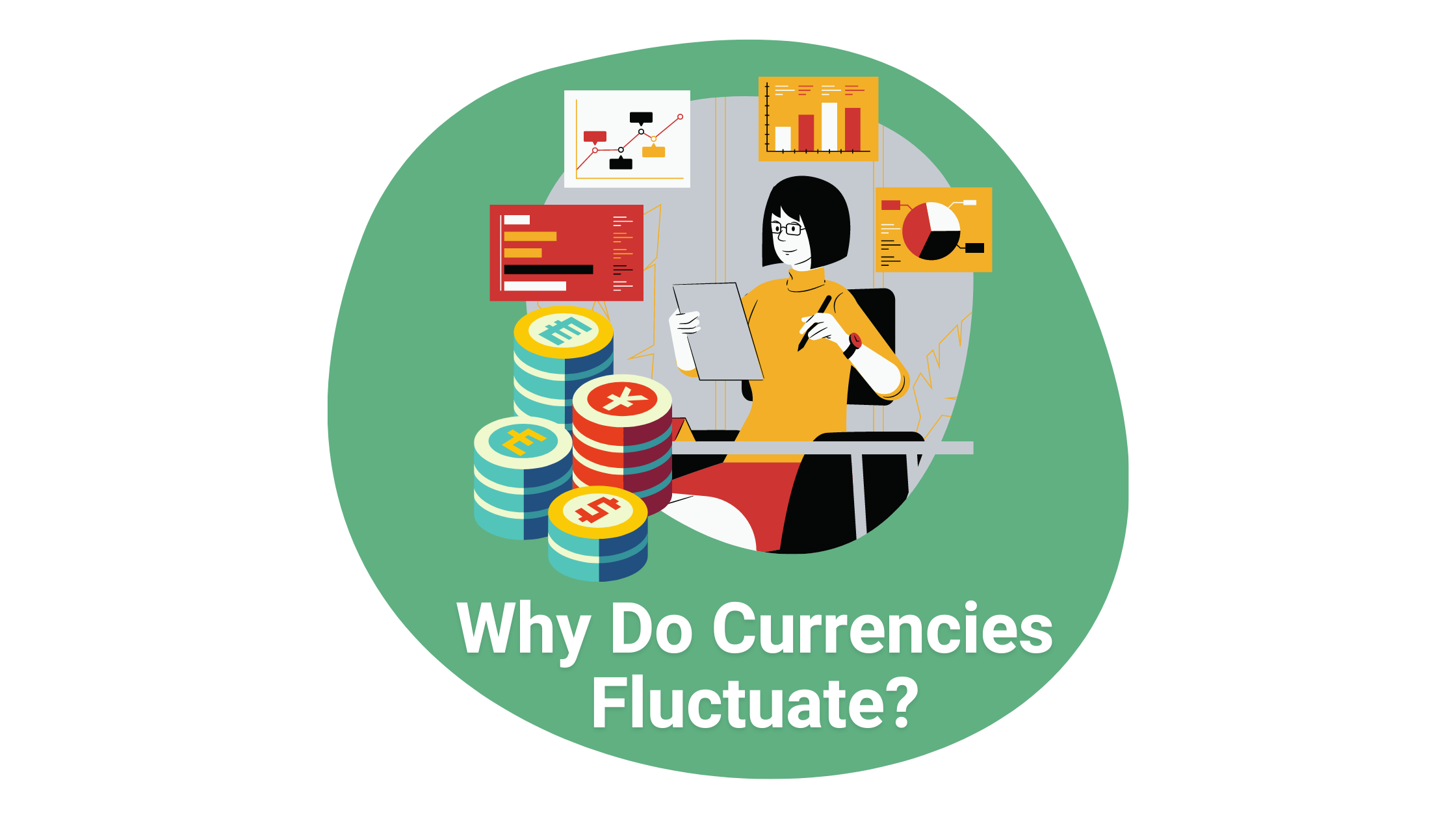 If you have recently travelled abroad, purchased things online from an overseas shop, or traded foreign currency, you have probably pondered why currencies fluctuate so much.

For currencies all over the world, the recent years have been a roller coaster! Some currency rates are hitting new highs, while others are hitting new lows. Exchange rates are continuously changing, but what causes the value of a currency to rise and fall?

Chances are, by just sending money back home or converting your money from one currency to another, you've influenced exchange rates in a minor way. This article will explain why the currency exchange rate fluctuates, what factors influence currency fluctuations, and how to save money along the way. Dive in to find out more!

Why does a currency fluctuate?

The amount of a particular item available at any given time refers to the term "supply." The supply of a product, in this case, a currency, determines its value. When the supply of that currency increases, it becomes less valuable. Think of it this way:

Rocks are everywhere, and so they aren't valued. Diamonds, on the other hand, are expensive because there are so few of them. There is a limited number of diamonds, so if you want one, you'll have to pay for it at a much higher price.

The supply side is usually managed by a country's central bank or the increase-decrease of the money supply through open market activities. When a currency's supply is larger, that means there's more of it to go around. However, it can become more valuable as demand rises.

The amount of a particular item that people want at any given time is known as demand. The influence of demand on the value of a currency is the total opposite of supply. When demand rises, the currency becomes more valuable.

To recall, the amount of it available versus the number of people who want to buy it determines the value of a currency. But there's more to it!

There are still many factors that influence a currency value and its exchange rate. Watch out because as these factors constantly change, the currency changes as well. Below are the other factors that cause currency fluctuations:

The rate of inflation is one of the factors that cause currency fluctuations. It is the rate at which the general price of goods and services rises. While moderate inflation suggests a healthy economy, too much of it can produce economic instability, leading to a less valuable currency.

If the rate of inflation becomes too high, the central bank may respond by increasing interest rates. This makes people save their money rather than spend it. It also promotes foreign investment and increases capital, increasing currency demand.

That is why transferring money from a low-inflation country is often better - especially if you send money to a country with a higher interest rate!

Foreign investors benefit from higher interest rates because their money earns more. It also shows that your money is worth more in another currency. A currency with a high exchange rate is commonly referred to be "strong."

You can read our blog Strongest Currencies as of October 2021 for a deeper understanding of what makes a currency "strong."

If export prices rise faster than import prices, this means that it is a good trade. This increases a country's revenue, resulting in a higher demand for its currency. Other countries will have the upper hand in exchange rates if import prices are greater.

When a country borrows money to fund government projects, it inflates the economy. It is sometimes needed to print additional money to pay these debts, thus affecting international currency exchange rates.

Currencies can also fluctuate according to a country's political and economic circumstances. All of us want to have our money in places where we think it will be safe.

When a country is experiencing a political crisis, the currency loses its appeal, and demand drops. This explains why currencies have a higher demand from politically and economically stable countries, resulting in higher exchange rates.

How to save money when currencies fluctuate?

Exchange rates fluctuate, but that doesn't mean you can't save money when sending money internationally! If you are someone who sends remittances to family and friends back home, how can you get the most out of your cash transfers when currencies fluctuate a lot?

Tip #1: Stay away from retail exchange rates or tourist rates.

They can mostly be found in banks, airports, and currency exchange booths. Despite their convenience, especially when travelling abroad, exchanges at these locations are subject to a high fee.

There are many money transfer providers available online that offer competitive rates. Make sure you shop around for the best deals! For example, thousands already around the world rely on RemitBee's best online money transfer service without worrying about high currency conversion fees or low exchange rates.

Currency fluctuations affect every area of our lives, even though we often ignore them. That is why understanding how it works will always help us in making the best financial decisions possible.

When people travel or send money abroad, they have to cope with fluctuating currencies. Worry no more! International money transfers and exchanging currencies are made better, faster, and easier with RemitBee. Get your free account today.

Money transfer scams to look out for!

Read on as we have listed the top 5 strongest currencies in the world as of October 2021, whose exchange rates are much higher than USD and CAD

How to Write a Cheque in Canada: A Step-by-Step Guide

Cheque is spelled "check" in the United States. A cheque is a signed and dated agreement between two persons or organizations to pay each other.