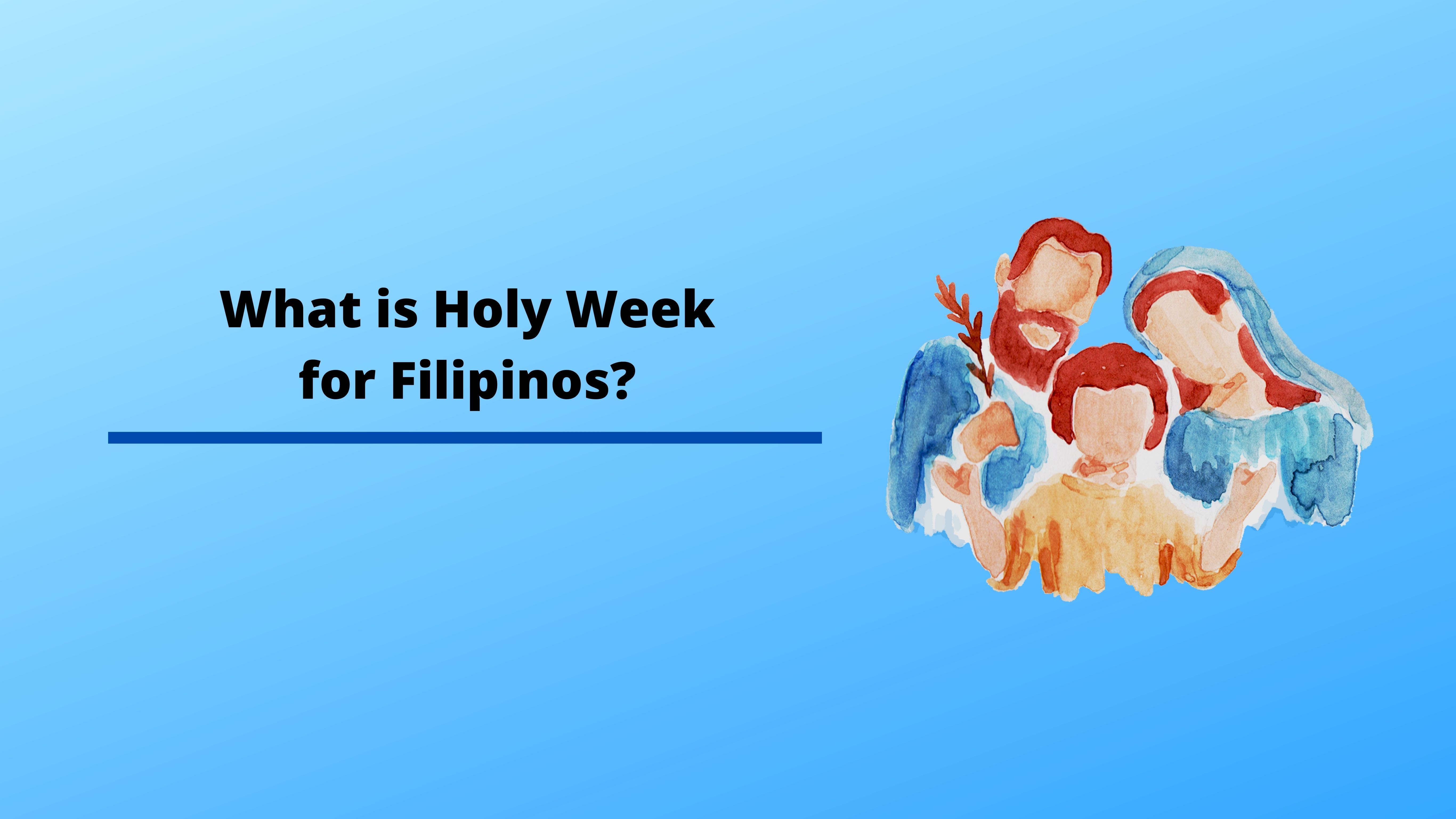 What is Holy Week for Filipinos?

For the country's Catholic majority, the Iglesia Filipina Independiente or Philippine Independent Church, and most Protestant communities, Holy Week (“Mahal na Araw” in Tagalog; “Semana Santa” in Spanish; both terms are used widely) is an important religious observance. Catholics make up 80 percent of the population in one of Asia's only predominantly Christian nations, and the Church is one of the country's most strong sociopolitical powers.

It kicks off on Palm Sunday and lasts until Easter Sunday. This year it is celebrated between March 28 through April 4. Many cultures perform Catholic practices inspired by Spanish cultures, such as processions, which have been combined with pre-colonial values. This is apparent in certain non-Catholic religious rituals as well as the many superstitions associated with the day.

The days leading to Easter Sunday (from Maundy Thursday to Black Saturday) are observed as a statutory holiday. Many businesses are closed or run on reduced hours at this period. Local television and certain radio stations go off the air during Lent, while some (such as stations owned by different denominations) reduce their operating hours and air Lenten drama specials, biblical and inspirational programs, and news reports of various services and rituals. International cable television channels transmitted to the Philippines continue to air their regular programming while those located in the country follow a specially planned schedule throughout the period.

Read Also - Mano a gesture of honour for elderly filipinos

In light of the Lenten season, here are some of the traditions and practices in the Philippines:

It is the first day of Lent in the Christian church, falling six and a half weeks before Easter. Ash Wednesday, the beginning of the penitential Lenten season, is a profound reminder of human death and the need for communion with God. Palm leaves from the previous year’s Palm Sunday celebrations are burned and the ashes from it are placed on the foreheads of the participants to symbolize repentance.

Palm Sunday marks the close of Lent and the beginning of Holy Week. It is the day in which the faithful commemorate and honor Jesus Christ's glorious entry into Jerusalem as Savior and King. Filipinos in the Philippines go to church on Palm Sunday to attend Mass and have their woven palm fronds (palaspas) blessed by the priest. The ritual of waving palm leaves as the priest approaches the church is a reenactment of Jesus' entrance into Jerusalem.

On Ash Wednesday and Good Friday, the Catholic Church practices the discipline of fasting and abstinence to recall Jesus' sacrifices for humanity. People fast from consuming meat in particular or from food in general. According to the Church, this consists of "one main meal a day and two smaller meals that, when added together, do not surpass the main meal in amount." While no mention of drinks was made during the Lenten fast, alcoholic beverages tend to be in opposition to practicing penance.

The Seven Churches Visitation, also known as the "Visita Iglesia," is a Lenten tradition stretching back to the 1500s. Filipino Catholics attend seven churches on Maundy Thursday and Good Friday, which is considered one of the most popular rituals when recalling Christ's passion.

It is one of the most traditional religious rites in the Philippines, taking place on Easter Sunday morning. Men hold the Christ statue in two different processions, while women accompany the portrait of a sorrowful Mary, who is dressed in a black mourning gown. The apocryphal meeting of the risen Christ with his mother is portrayed in the aforementioned rite.

These are just a few. There are so much more traditions and practices that you probably miss if you grew up experiencing them as a child in the Philippines. This time is usually spent with families trying to relax and show unity in whatever form of worship they choose. There are many ways of remembering the sacrificial death of Christ. The most important thing is showing in word and deed that you appreciate that wonderful provision. A special gift that has been given to all.

The COVID-19 pandemic will not make most of these traditions possible this year for all. But wherever you are in the world, you can always take the opportunity to reflect and meditate safely at home. If you need to send money to your family and friends in the Philippines, you can also send it from the comfort of your own home. Remitbee is here to help.

Download the app now so you can send money with no fees to pay when you send over $500! Sign up now