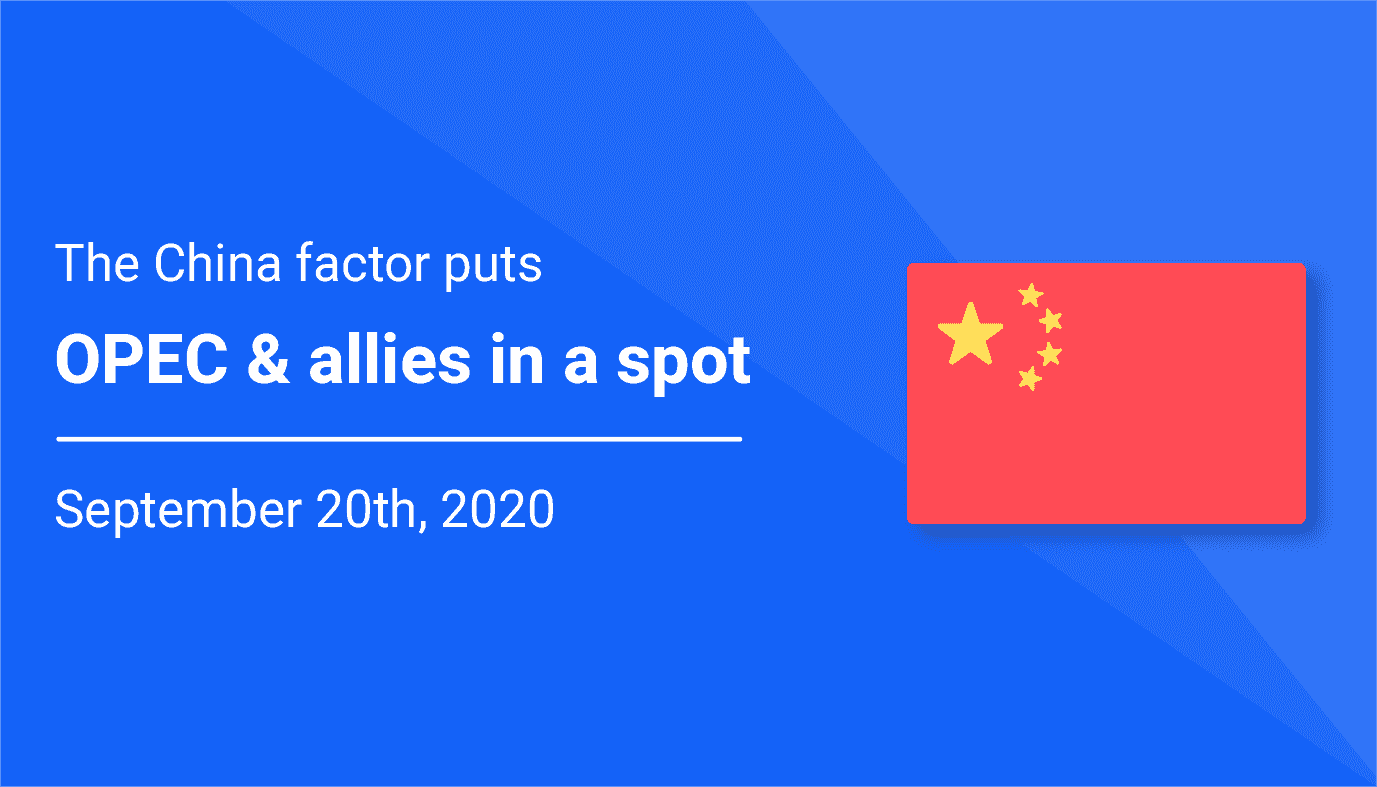 The China factor puts OPEC & allies in a spot

If the escalating cases of Covid-19 are making life miserable for common citizens across the globe, the indefiniteness of its course is rendering it difficult for economies – big and the small alike - to do any informed course-correction. At the moment, it is turning out to be a case of whistling in darkness for everybody. The virus has incapacitated the whole world. All of us are left scratching our heads helplessly. What’s happening? Nobody has any idea. What’s coming? None has any clue. Fiscal and monetary planners around the world are struggling to get a grip on the unfolding situation. None is, however, sure of the right remedy to get out of the quicksand-kind of a situation.

The world order is truly shaken by the deadly virus which doesn’t recognize geographical boundaries and picks up its victim without any gender, caste, race, and age bias. The virus has added too many imponderables to normal life. And, it has introduced a lot more complications to business strategies. Policy planners are just rendered ineffective in its wake. Surely, Covid-19 has pushed the world topsy-turvy.

For the powerful oil cartel, Covid-19 has indeed thrown a hitherto unanticipated challenge to its control over the world affair. The virus has tested OPEC (Oil Producing and Exporting Countries) and its allies like never before. Predictions about the second wave of a pandemic have unnerved them quite a bit. The scare is beginning to catch them as evidenced by a series of happenings in the past few days. An appeal, nay warning, to stay disciplined gives a clue or two to the endorsement of the seriousness of the situation by the OPEC plus group. A fresh wave of the virus could spell disaster for global oil demand. If China has been the focus of world anger for the spread of Coronavirus, Beijing is closely watched by OPEC and its allies. For, China is a major importer of oil. Chinese oil imports have remained strong in Q3 thus far. But the news isn’t encouraging. The Chinese are reportedly absorbing much less oil than a month ago.

Oil discharged in its ports in the last two weeks stands below eight million barrels as dau, at levels similar to what China imported in March and April. What has been reported so far by IHS Markit Commodities at Sea for other major importers across Asia does not leave much hope. According to it, demand and imports seem to still be under severe pressure. Inventories built by domestic refineries are considered one of the parameters defining the current fragility in oil prices.

“Chinese refineries have rushed to take advantage of relatively cheap prices in Q2 2020 but are now facing difficulties in absorbing these barrels and finding buyers for refined products locally produced. This translates into significantly fewer fresh deals for crude oil, with shipments to China continuing to decline,” it said. According to IHS Markit, crude oil shipments to China dropped to 7.6 million barriers a day so far in the first half of September, compared to 7.9 million b/d in August and 8.7 million b/d in July.

Overall, oil imports to Asia have extended losses and could report the lowest figure this year, with volumes down between eight and 10% so far this month since August. Volumes have been declining since July when they reached 24.5 million barrels a day.

Like China, India, too, is one of the biggest importers of oil. India's state-owned refineries focus more on domestic demand with consumption finally recovering. Yet, it is recovering still at a rather slow pace. But the country's exporting refineries controlled by the private sector face a lack of demand. But India’s virus cases are galloping by the day. How will this pan out on the economy in the coming months? It is anybody’s guess.

The rest of Asia is also importing much less crude oil than in the previous months, with South Korea, Malaysia, and Taiwan particularly weak compared to earlier this year, according to data from IHS Markit Commodities at Sea.

Notwithstanding the deceleration in oil off-take in Asia, Goldman Sachs has predicted an oil deficit of three million barrels a day by the fourth quarter. The OPEC and its allies, in the meanwhile, have warned members of action should they make any compromise on the production cut deal. The cartel is reportedly planning to meet next month to take stock of the unfolding situation and, if need be, enforce a stricter regime on the deal. Goldman Sachs has predicted Brent to reach $49 by the end of the year and $65 by the third quarter of 2021. Swiss bank UBS, too, sees undersupply and has forecast Brent to rise to $45 a barrel in the fourth quarter and to $55 by mid-2021. A combination of factors - tough talks by OPEC and its allies, predictions on the deficit, and the impending tropical storm in the western part of the U.S. Gulf Coast – has, however, seen go up North over the week.

On Friday, Brent crude futures traded around $43 a barrel. WTI crude futures were trading around $40.8 a barrel on Friday, The West Texas Intermediate (WTI) benchmark for U.S. crude is the world's most actively traded commodity.

The OPEC+ group has slashed production by 7.7 million barrels a day and threatened action against members who violated the production cut deal. The Saudi Arabian energy minister was very vocal when he reportedly said that those who gambled on oil prices would be hurt “like hell”. However, price management isn’t going to be that easy for OPEC and its allies.

Libya can yet play spoilsport. Commander Khalifa Haftar has indicated the resumption of oil facilities in Libya after months of lock-down. The resumption in Libyan oil production would add over a million barrels a day to the global crude market.

Oil is a dizzy subject in the global geopolitical context. One too many imponderables control not just the economics but also the business of oil. Libya could be the new worry for the cartel. But Covid-19 presents a far greater headache to the cartel. The demand worries continue to persist as the battered global economy struggles to return to the pre-COVID days of activity. The September inputs from China and other Asian countries aren’t really good news for OPEC and its allies.