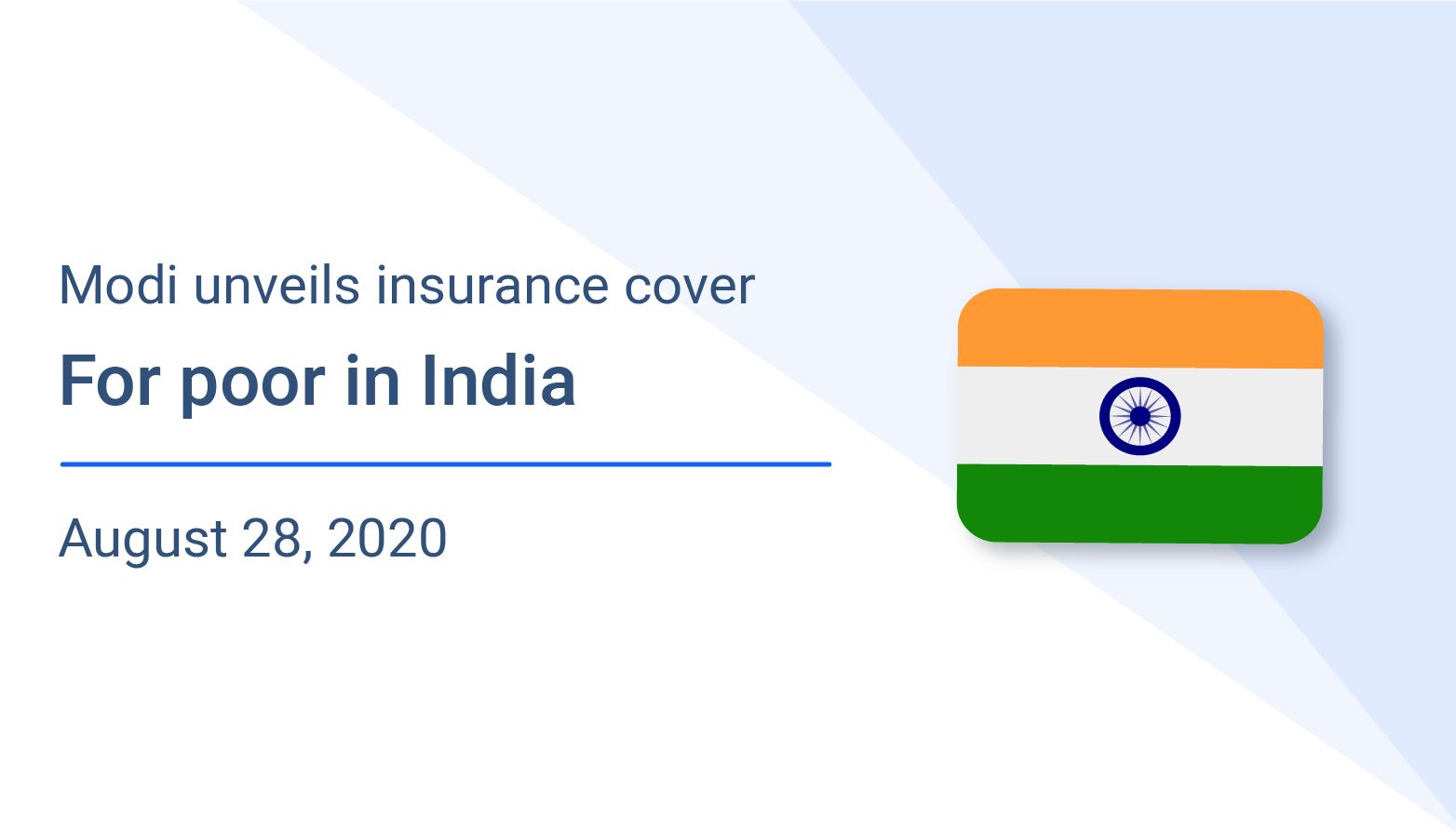 In what is considered as a significant initiative, the Indian government led by Narendra Modi has moved to create a social security net for the poor.

The initiative, announced on Friday, involves the provision of life and accident insurance cover to the poor.

The cover will be provided to all eligible Jan Dhan account-holders.

Jan Dhan Yojana is the flagship scheme of the National Democratic Alliance (NDA) led by the BJP. The scheme, which completed six years, was primarily launched to provide banking services to all households. Also, it has played a key role in the success of other welfare schemes, including direct benefit transfer (DBT), and disbursal of financial assistance during Covid-19.

The government also plans to improve access of Jan Dhan Yojana account-holders to micro-credit and micro-investment such as flexi-recurring deposits, an official statement said.

As of August 19, there were more than 40.35 crore beneficiaries banked under the scheme, amounting to ₹1.31 lakh crore. Close to two-thirds of the accounts are from the rural area and 55% are held by women, as per official data.

According to the finance ministry, the average deposit per account is ₹3,239, which is an increase of over 2.5 times since August 2015. "Increase in the average deposit is another indication of increased usage of accounts and inculcation of savings habit among account-holders," the statement said.

According to the Reserve Bank of India guidelines, a Jan Dhan account is considered inoperative if there have been no customer-induced transactions in the account for over two years. As of August, 34.81 crores out of total of 40.35 crore accounts were operative.