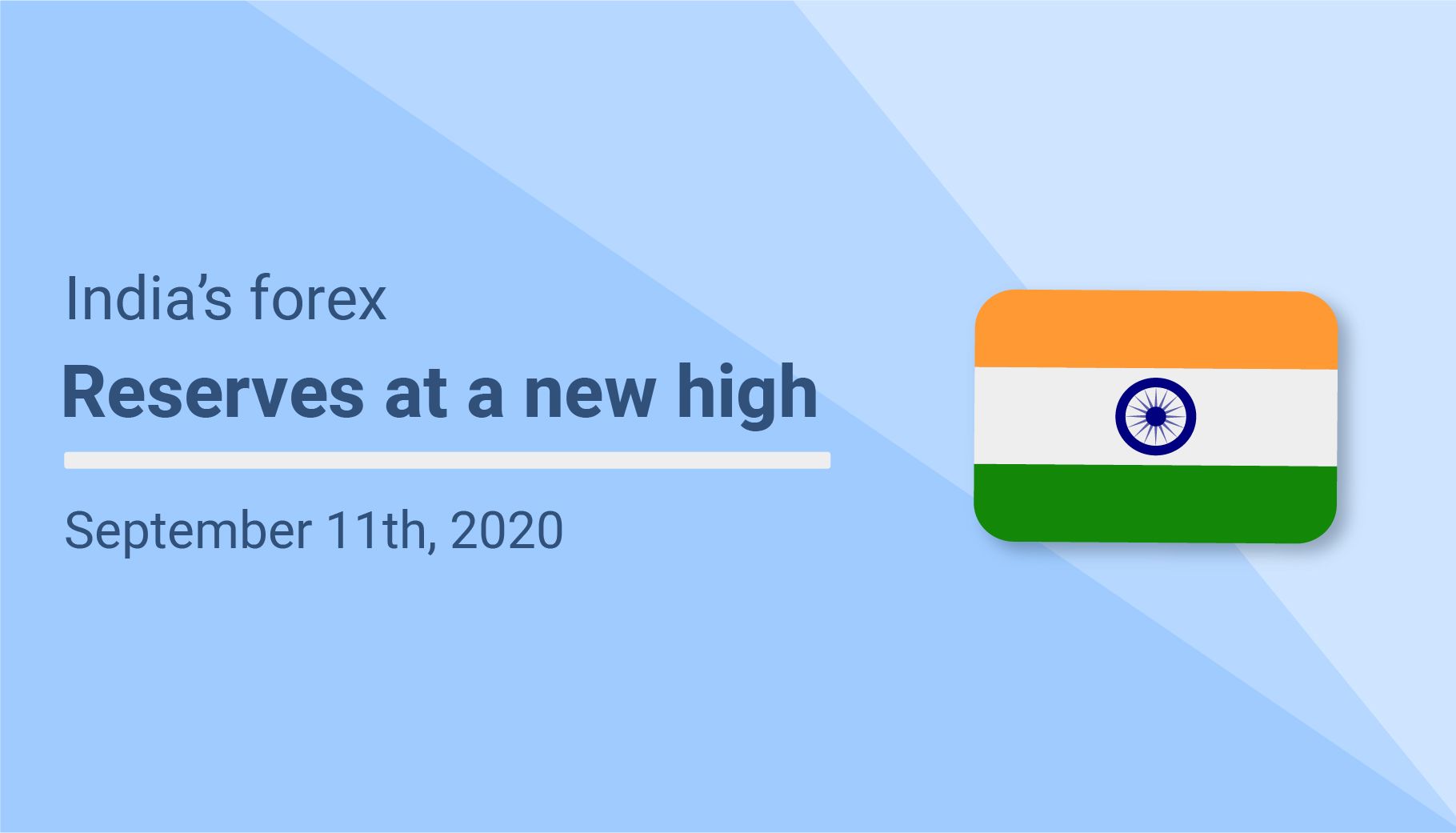 The foreign exchange reserves of India rose by the US $ 582 million to scale a high of $ 542.013 billion in the week ended September 4, according to data released by the Reserve Bank of India on Friday.

The gold reserves rose by USD 321 million in the reporting week to USD 37.521 billion, as per the central bank data. The special drawing rights with the International Monetary Fund (IMF) marginally increased by $ 2 million to $ 1.482 billion. Significantly enough, the country's reserve position with the IMF declined by $ 9 million to $ 4.647 billion during the reporting week.

There are some encouraging indications on the production front as well. India’s industrial output contracted by 10.4% in July, a slower pace than the 16.6% contraction witnessed in the previous month. It indeed suggests that the economic activity was gaining pace after lock-down restrictions imposed in the wake of spreading Coronavirus were lifted.

Industrial output had contracted at 16.6% in June, mainly due to lower output of manufacturing, mining, and power generation, data released by the statistics ministry showed on Friday. In July last year, factory output had expanded by 4.9%.

According to the Index of Industrial Production (IIP) data, manufacturing sector production registered a decline of 11.1 per cent, while the output of mining and power fell 13 per cent and 2.5 per cent, respectively.

The contraction in capital goods output, an indicator for investment activity, too, was softer in July at 28.8% than the 36.8% contraction seen in the previous month. Consumer durables output, too, shrank at a slower pace in July than in June though it was still deep in the red zone showing a 23.6% contraction, showed the data.

The Indian rupee weakens against the U.S. dollar

The yield on the benchmark 10-year Government of India bonds continues to stay above the 6% level. The yield was 6.04 per cent on Friday i.e. September 11, according to over-the-counter inter-bank yield quotes for this government bond maturity. The RBI (Reserve Bank of India) actions in the recent past did help to push the yield to a sub-6% level for a while. But then, it has climbed up to cross the 6% level. The market borrowings of the government could rise in the wake of a steep shortfall in the collection of GST (goods and services tax). The GST shortfall has kicked up a row between the Central government and the states in India.