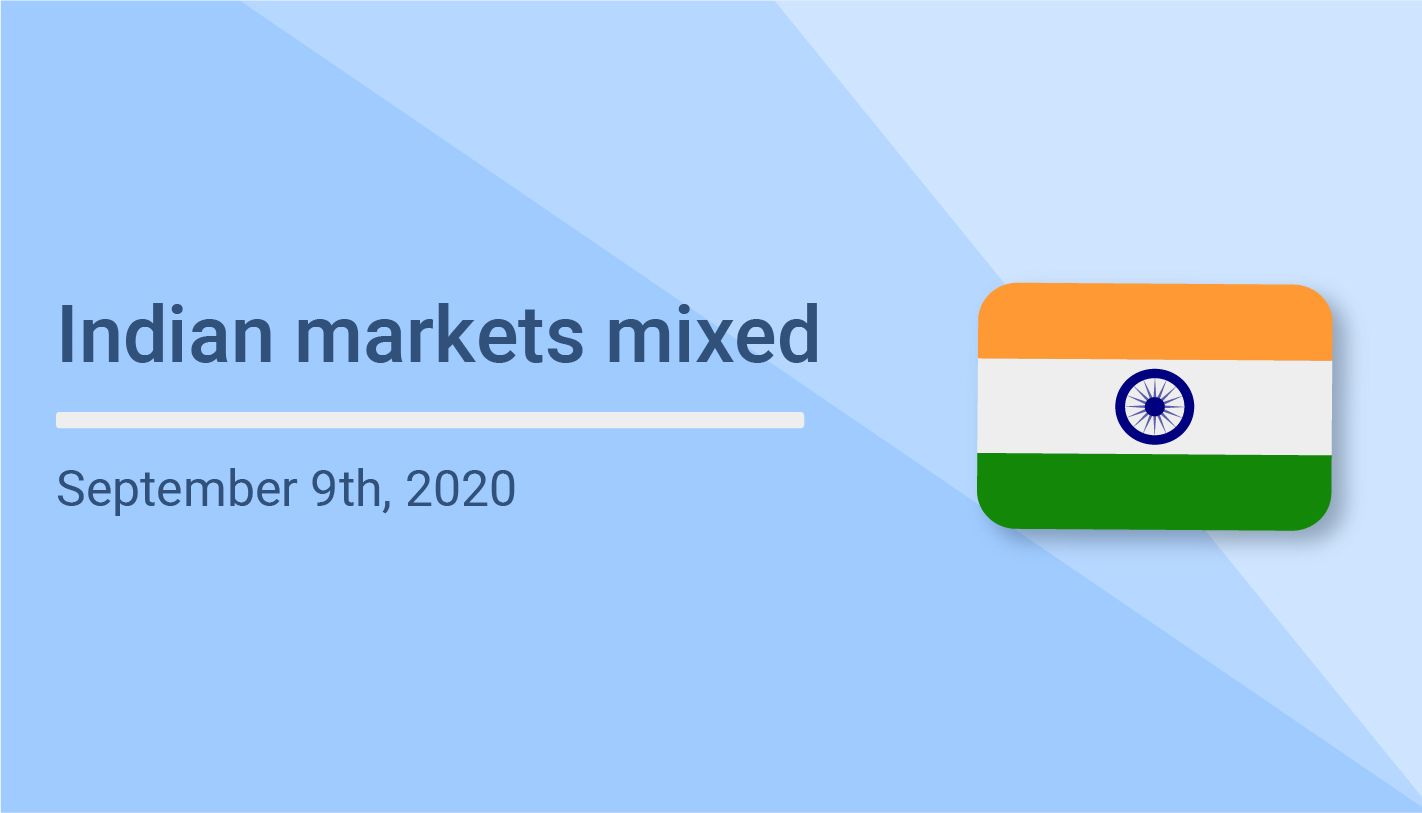 It has been a mixed day for markets in India on Wednesday. While the equity markets slipped into the red zone, the benchmark 10-year Government of India bond yields moved back to the sub-6% The Indian rupee snapped its two-day losing streak against the American dollar.

Though the Indian equities pared early losses, they still closed in the red. The U.S.-led tech rout in the global markets has impacted trading on the Indian bourses.

Reports also suggested that AstraZeneca has paused trials of its experimental Coronavirus vaccine after an adverse reaction in one person participating in the studies. This also weighed on investors’ sentiment.

India's federal health ministry, in the meanwhile, reported 89,706 new Covid-19 infections on Wednesday, bringing it to a total of 4.3 million cases. On the corporate front, Reliance Industries Ltd shares rose after the company said private equity firm Silver Lake would invest Rs. 75 billion in its retail arm. This had helped somewhat arrest the market fall.

The Indian rupee, in the meanwhile, snapped its two-day losing streak. The rupee recovered by 5 paise to settle at 73.55 against the US dollar helped by forex inflows into equities.

At the inter-bank forex market, the domestic unit opened at 73.67 against the US dollar and dropped to the day's low of 73.73 as equity markets declined. The rupee arrested its fall towards the end of the trade and touched the day's high of 73.47. The local unit finally settled at 73.55, registering a rise of 5 paise over its last close. On Tuesday, the rupee had depreciated by 25 paise to more than one-week low of 73.60. It had declined by 21 paise on Monday.

Bond yields back to sub-6%

The benchmark 10-year Government of India yield was at 5.98 per cent on Wednesday i.e. September 9, according to over-the-counter inter-bank yield quotes for this government bond maturity. After staying at sub-6% for a few days in the wake of some aggressive action by the Reserve Bank of India, the yield breached the 6%-mark on Tuesday. Today, it is back to the sub-6% level.