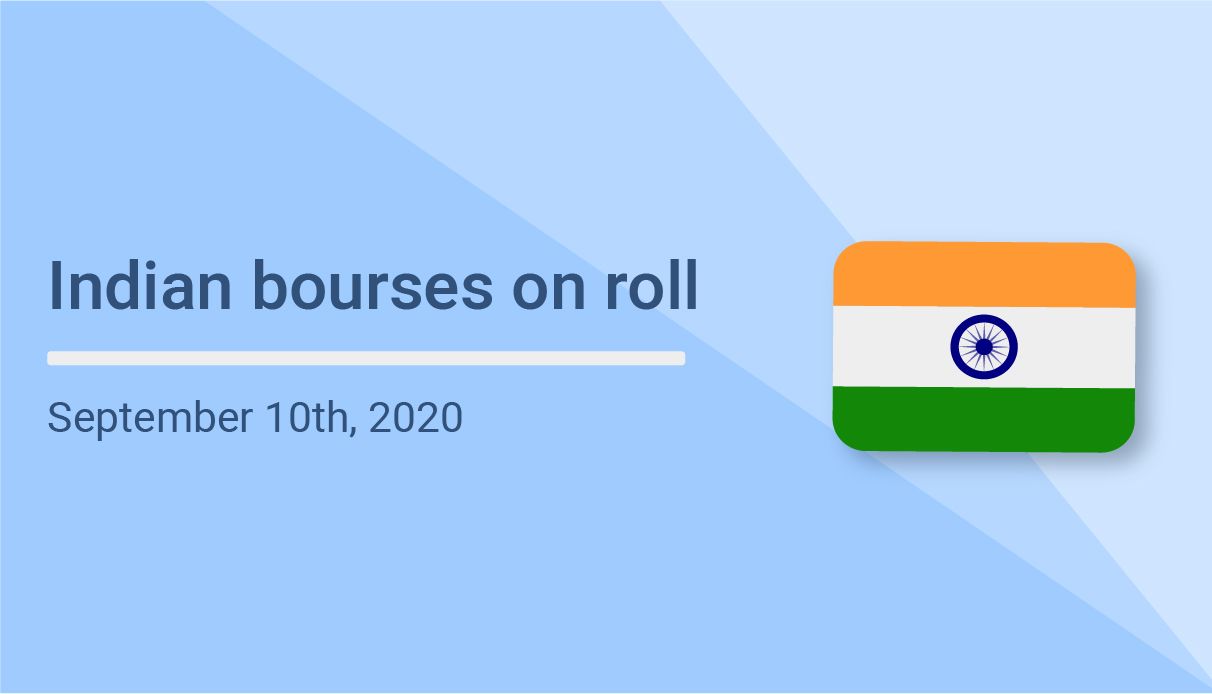 Indian bourses on a roll

The Indian stock markets turned out a stellar show on Thursday with key indices – Sensex and Nifty – recouping all losses made so far this week.

The Indian bourses witnessed their best session in many days as a rally fuelled by index heavyweight Reliance Industries pushed up benchmark indices to help them settle near the day's high. The Sensex ended 646 points, or 1.7%, higher at 38,840. Nifty added 171 points to settle at 11,449.

In the broader market, the BSE Mid-Cap settled 0.9% higher while the Small-Cap index ended up 1.3%.

Largely, the Indian markets mirrored Wall Street overnight that bounced back to post the best show yet after a fairly long time. Reports suggested that the Indian External Affairs Minister could meet his Chinese counterpart for bilateral talks aimed at defusing the tension at the border. The escalating tension between the two nuclear powers has kept the geopolitical climate in the region hot for quite sometimes now.

The ECB (European Central Bank) is meeting later in the day. Markets aren’t expecting any change in the key policy rates.

Rupee strong against the U.S. dollar

The Indian rupee, in the meanwhile, strengthened by 9 paise and settled at 73.46 (provisional) against the U.S. dollar on Thursday. At the inter-bank forex market, the domestic unit opened at 73.42 against the US dollar and finally closed at 73.46 against the American currency, registering a rise of 9 paise over its previous close. During the session, the Indian currency witnessed an intra-day high of 73.16 and a low of 73.50 against the greenback.