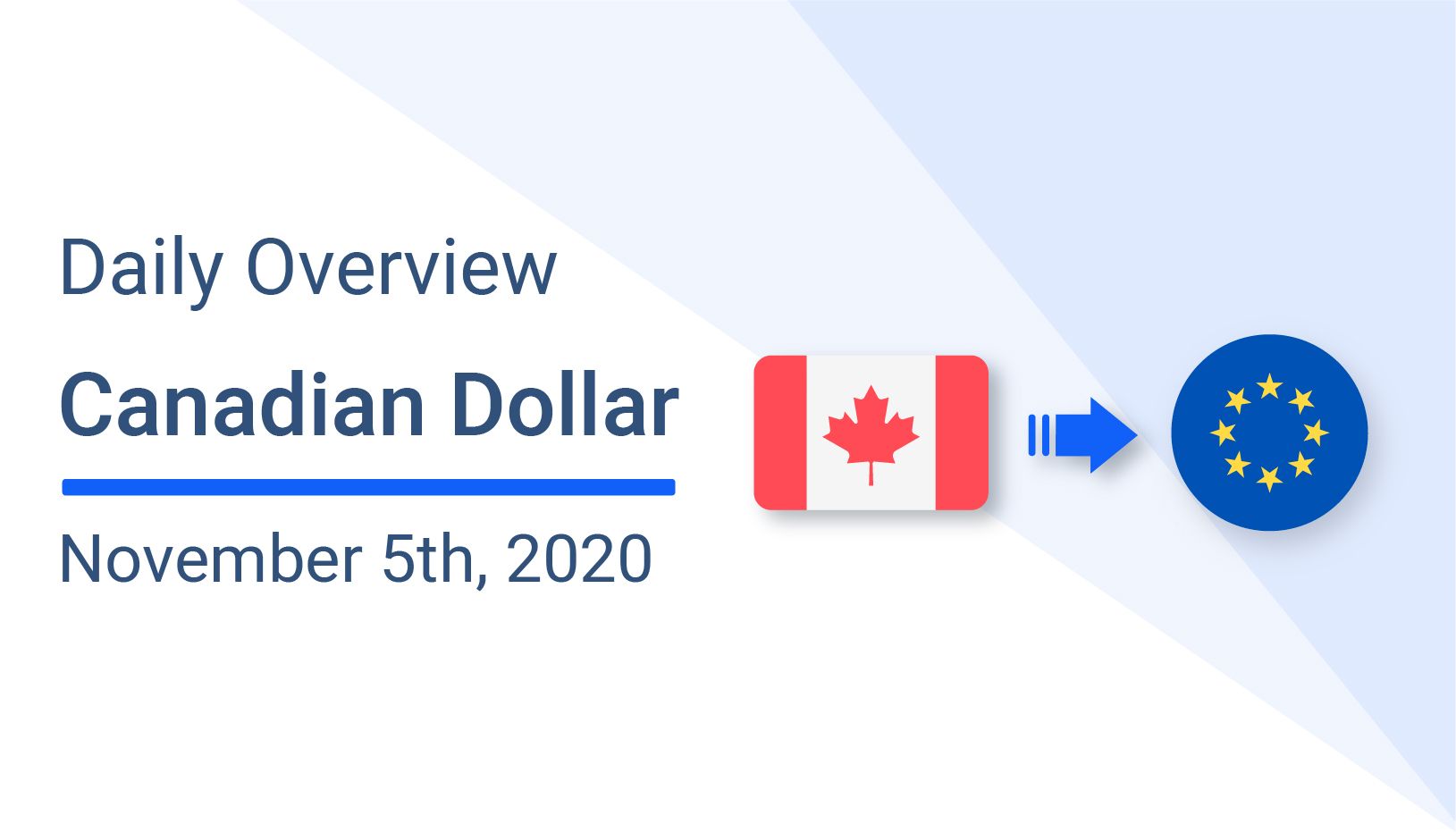 Europe has imposed new lockdown measures in France, Italy, and Spain as the second wave of the pandemic picks up momentum which will likely cause currencies to contract as the final months of FY20 nears.

The Euro has an advantage compared to the Canadian Dollar based on crude oil as the industry is one of Canada’s largest exports, causing constant fluctuations in both oil and global growth expectations. With a rise in COVID-19 cases, there is less demand for oil which will cause CAD to falter.

Analysts reported that “WTI crude oil was down nearly 2% on Friday and is currently down nearly 3%. The Canadian Dollar and crude oil trade inversely to each other. Therefore, traders need to pay attention” as steady declines in the crude oil industry will affect the overall success of CAD exchange rate.

The Bank of Canada is expected to remain on hold this week at 0.25%, keeping the place until the economic recovery is well underway. As COVID-19 cases increase, some areas have once again been put under local lockdowns which may impact Q4’s economic data. The rate of EUR/CAD will rely on the BOC, ECB, and the BOJ anticipated policy changes, as well as stability in crude oil prices.

As one of the most popularly traded currencies, the Euro has been known to be “used as a funding currency during times of global economic uncertainty. The EUR/CAD typically has a slightly higher average true range than the majors, offering more opportunities to intra-day traders and swing traders” according to Daily FX.

Brexit negotiations are still up in the air, placing stress on the EUR exchange rate. French President Emmanuel Macron has agreed to back off fisheries; progress is being made but negotiations will likely last until mid-November.

EUR/CAD has maintained a cup-and-handle formation since early March when the pandemic first began; prices “pulled back to just below the 50% retracement level before reversing and testing the March highs near 1.60. EUR/CAD pulled back again in August (to form the handle) until August 30th. Prices then moved higher out of the handle and reversed in mid-October.”

This pattern will remain valid as long as the price holds a 61.8% Fibonacci Retracement level.