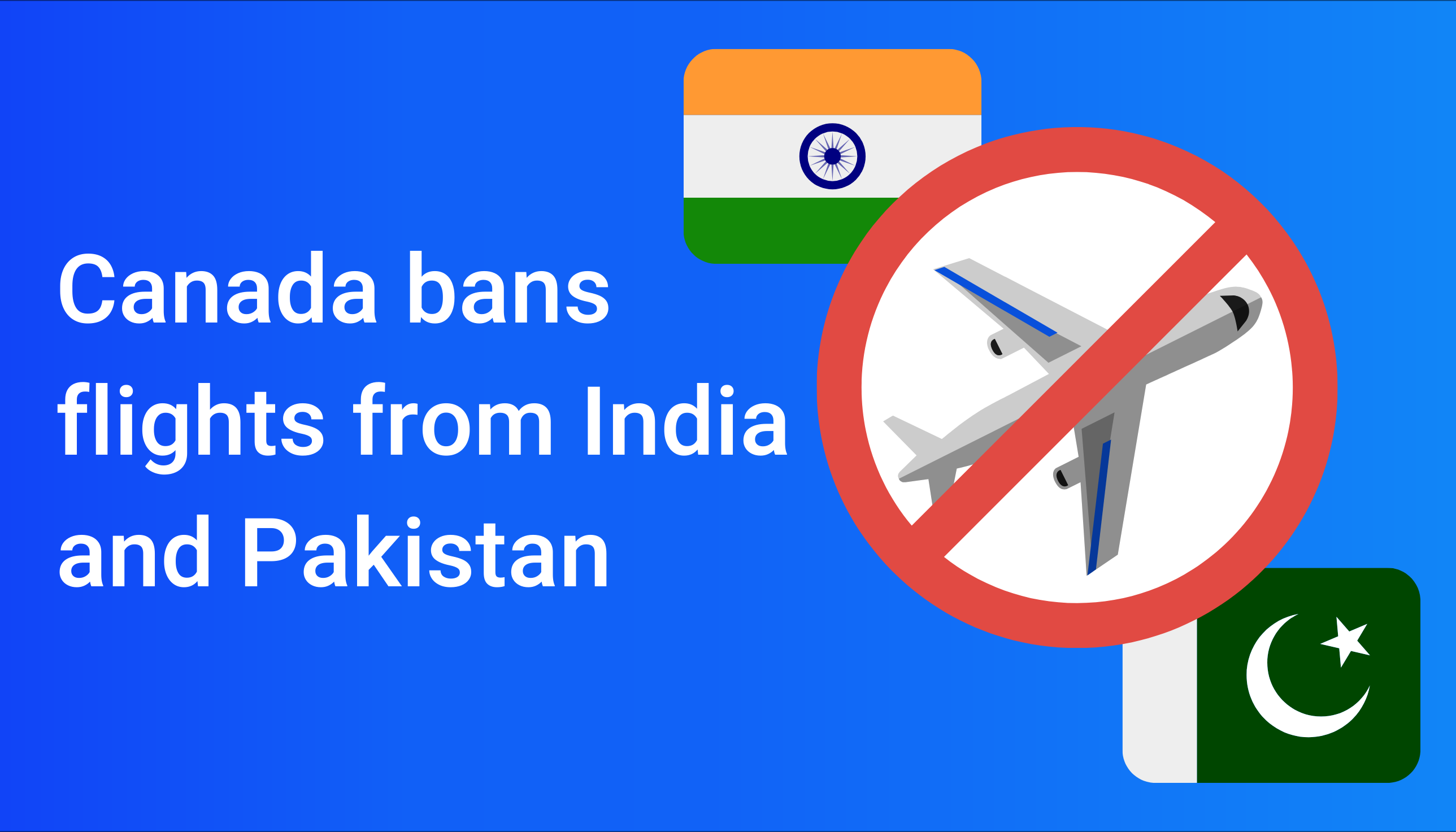 Canada bans flights from India and Pakistan for a month

As COVID cases surge, Canada bans flights from India and Pakistan for a month

With the second wave of COVID-19 causing a rise in cases in India, the Canadian government on April 22 announced a 30-day ban on flights from India and Pakistan. Other countries that have suspended flights from India are Hong Kong, Singapore, New Zealand, and the United Kingdom.

Talking to a team of reporters, Transport Minister Omar Alghabra stated that not wanting to take a chance with the spread of the mutants, the decision has been taken. "The COVID-19 pandemic can change rapidly. I am suspending all commercial and passenger flights arriving in Canada from India and Pakistan for 30 days," he said.

He also said that there is a concern over the strain the increasing cases can have on the country's health systems. The Health Department has revealed that a good part of the travelers have been testing positive, while the flight operations from India comprised only 1/5th of the total flights.

Just ahead of the announcement of the suspension, India registered over 3.14 lakh cases in a day-- the highest in a day in the world so far. The second wave has spelled chaos for the country with urgent ramping upof healthcare facilitites to meet the growing needs of beds, oxygen supplies, and medicines across major cities like Delhi and Mumbai.

The new mutant of the virus has created concerns. Among the returning international travelers, at least one positive case is being reported every day in the last month. The decision has been taken to suspend flight operations to keep the spread in check. In the last few weeks, over 100 international flights have landed in Canada, while 32 of these have been from India. B.1.617 has been seen as a variant and is also referred to as the“double mutant. This is due to a pair of mutations that the Ministry of Health and Family Welfare in India says, may confer immune escape and increased infectivity.

There have been fresh cases recorded in Canada in the last few days of the new variant and health experts have warned that it is time to keep an eye on the spread and rise in the number of cases. Among the provinces, Alberta has recorded its first case of the variant on April 22. In the last few days, British Columbia has seen 39 cases, and Quebec reported its first known case of the new variant in the province.

Health experts have also stressed the need for aggressive contact tracing, testing and containment strategies. Vaccination measures have also been ramped up in the country, in an all-out strategy to contain the virus that has run into multiple waves across the world.

Before this, authorities in Ontario province have been facing a dilemma about the need to close down recreational spots like playgrounds. There have also been widespread protests about the decision allowing the police to stop and question people who have been flouting the COVID guidelines. The opposition has criticized the move, saying it focuses needlessly on outdoor activities when there has to be a check on indoor activities that might cause the spread.

However, restaurants, gyms, and schools have been closed in the province. The ban on the playground implemented last week was retracted, but golf courses remain closed in the wake of the impending wave.

Earlier this week, Canada decided to continue to keep its border with the United States. The existing restrictions on non-U.S. international travel into Canada will continue until May 21. Since March 2020, the restrictions on discretionary and non-essential travel have been extended, and more recently expanded, due to the ongoing health risks.