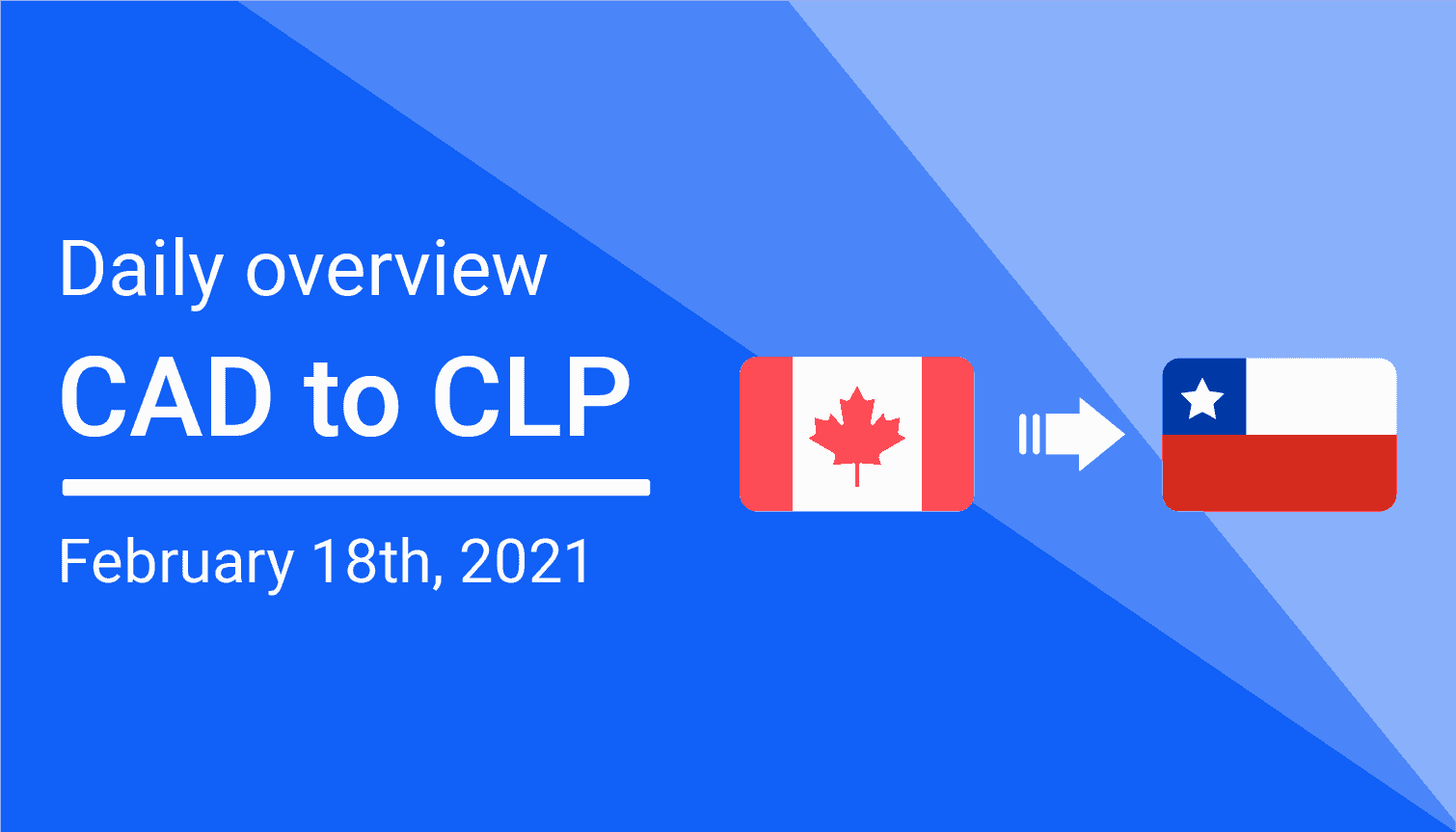 Employment rates, housing prices, and inflation rates have all been taking a toll on the Canadian Dollar which has bulls focusing on crude oil to sustain the strength of the North American currency. With barrel prices increasing to more than $60 a barrel for the first time since January, traders are optimistic that CAD will remain a stable market contender.

Canadian COVID-19 numbers have been on the decline and with more rapid third-party testing becoming available, there will be easier access to the vaccine in the coming months. Lockdown restrictions are predicted to be lifted nation-wide by the end of March which will also help back the success of CAD in the long-term.

There are potential setbacks CAD to CLP could face due to emerging COVID-19 variants but The Central Bank of Chile stated a policy to “allow the Chilean peso to float freely unless there are severe liquidity tensions in the local foreign exchange market” according to the Financial Times.

In an attempt to restore and build up their reserve, Chile is following up last year’s decision to “increase our access to international liquidity, to reflect the volatility of domestic and global markets” which should help back CLP over the next few weeks.