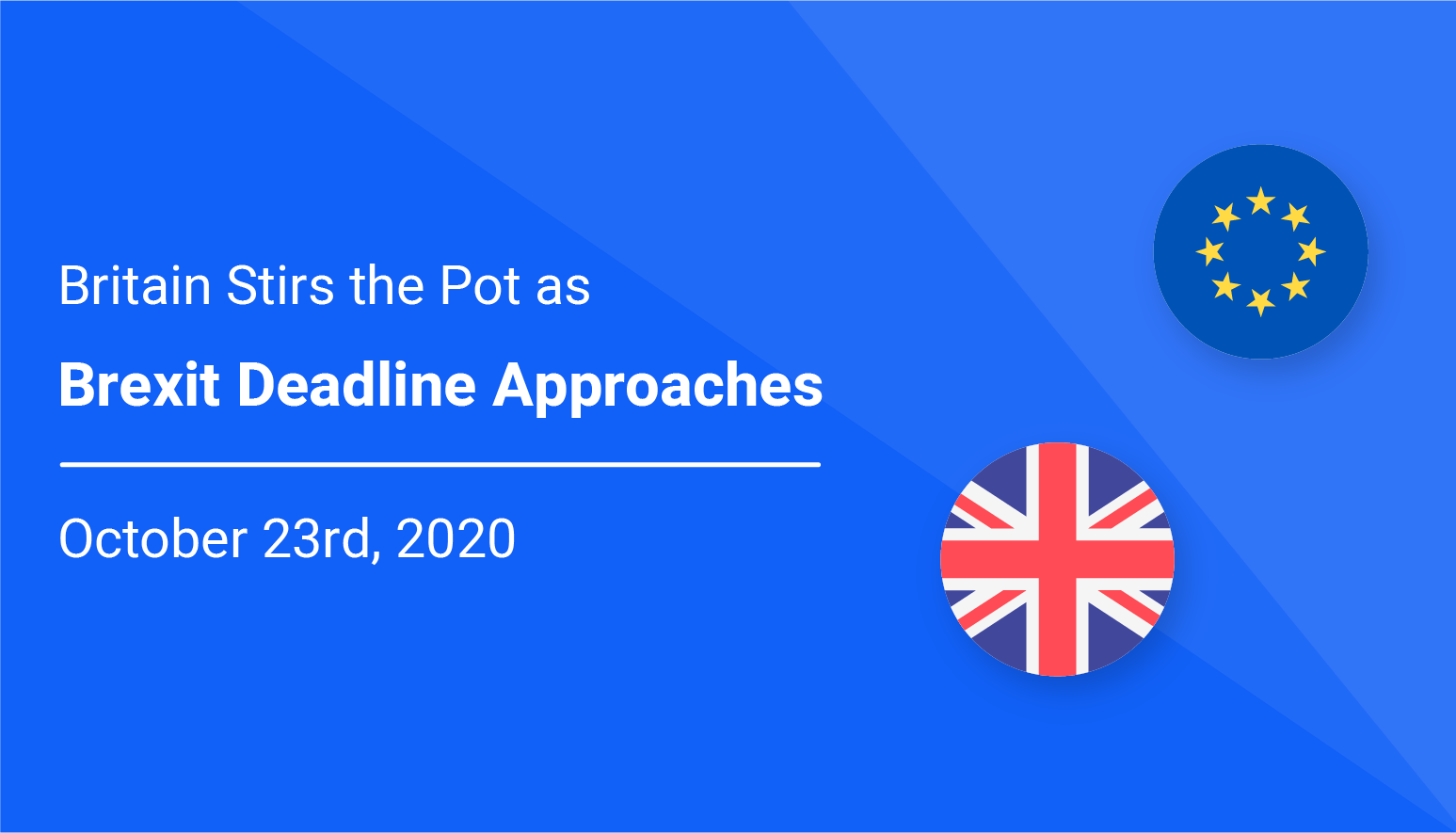 Before the Brexit transition period ends, chief negotiators from the United Kingdom and European Union are working towards a trade deal that will finally end their five-year crisis. As markets stand-by for more information in the coming weeks, there has been a limited economic movement from GBP.

After EU and UK officials expressed the likelihood of a deal, economies around the globe are anxiously waiting for concrete news which is causing traders to scramble, buying GBP and USD “due to the lack of any solutions or previous sticking points (i.e. Fishing, Subsidies, Irish border) and aversion sentiment.”

Reuters reported that “sterling rose by as much as 1.7% versus the dollar on Wednesday after the European Union’s chief negotiator Michael Barnier said that the deal was ‘within reach’.”

On Wednesday morning GBP reached a high of $1.3177 and went down 0.3%, compared to the Euro, sterling was “slightly stronger on the day, at 90.23 pence having strengthened to as much as 90.115 pence per euro in the previous session.”

With December 31st quickly approaching, “the two sides are trying to clinch a deal that would govern nearly a trillion dollars in annual trade before informal membership – known as the transition period”.

UK Prime Minister Boris Johnson threatened to undercut the 2020 divorce treaty and break off trade talks on October 16th but “the EU said it was ready to talk about drafting legal texts of a deal.”

CBC reported that Barnier emphasized how important it is to be back at the table as “every day counts.”

Francesco Pesole, an FX strategist at ING states that the pound is counting on Brexit and the Bank of England, which is “why it’s the only thing that’s moving the market.”

Fishing is still one of the largest issues to be negotiated as the EU would like to have access to fishing waters while the UK would like to retain full control. The UK’s junior finance minister Stephen Barclay stated that the “deal needs to reflect the fact that we’re leaving the EU, we will regain control of our fisheries.”

In 2019 fishing contributed to 0.03% of Britain’s economic output, and up to 0.1% of the country’s GDP; “many Brexit supporters see it as a symbol of the regained sovereignty that leaving the EU should bring.”

On Friday Japan and Britain signed a formal trade agreement as the Brexit deadline nears. Bloomberg reported that UK’s International Trade Secretary Liz Truss and Japanese Foreign Minister Toshimitsu Motegi made a deal which “largely preserves the terms under which the UK traded with Tokyo as a member of the EU”.

The UK said 99% of exports to Japan will be tariff-free which will increase long-term trade by 15.2 billion pounds. Motegi also says “Japan welcomes Britain’s interest in joining the 11-member Comprehensive and Progressive Agreement for Trans-Pacific Partnership (CPTPP) free trade deal and intends to provide the necessary support.”

According to the UK government, the deal is expected to boost Britain’s GDP by 0.07% compared to 2018. Truss stated that “it used to be said that the independent UK would not be able to strike major trade deals, or they would take years to conclude” but this comprehensive Economic Partnership Agreement “proved the naysayers wrong with this groundbreaking, British- shaped deal that was agreed in record time.”

Within just four and a half months since the start of negotiations, Britain has displayed the ability to trade as an independent nation during a crucial period as the December Brexit deadline approaches. Currencies will continue to fluctuate as the market is preparing for a no-deal outcome.