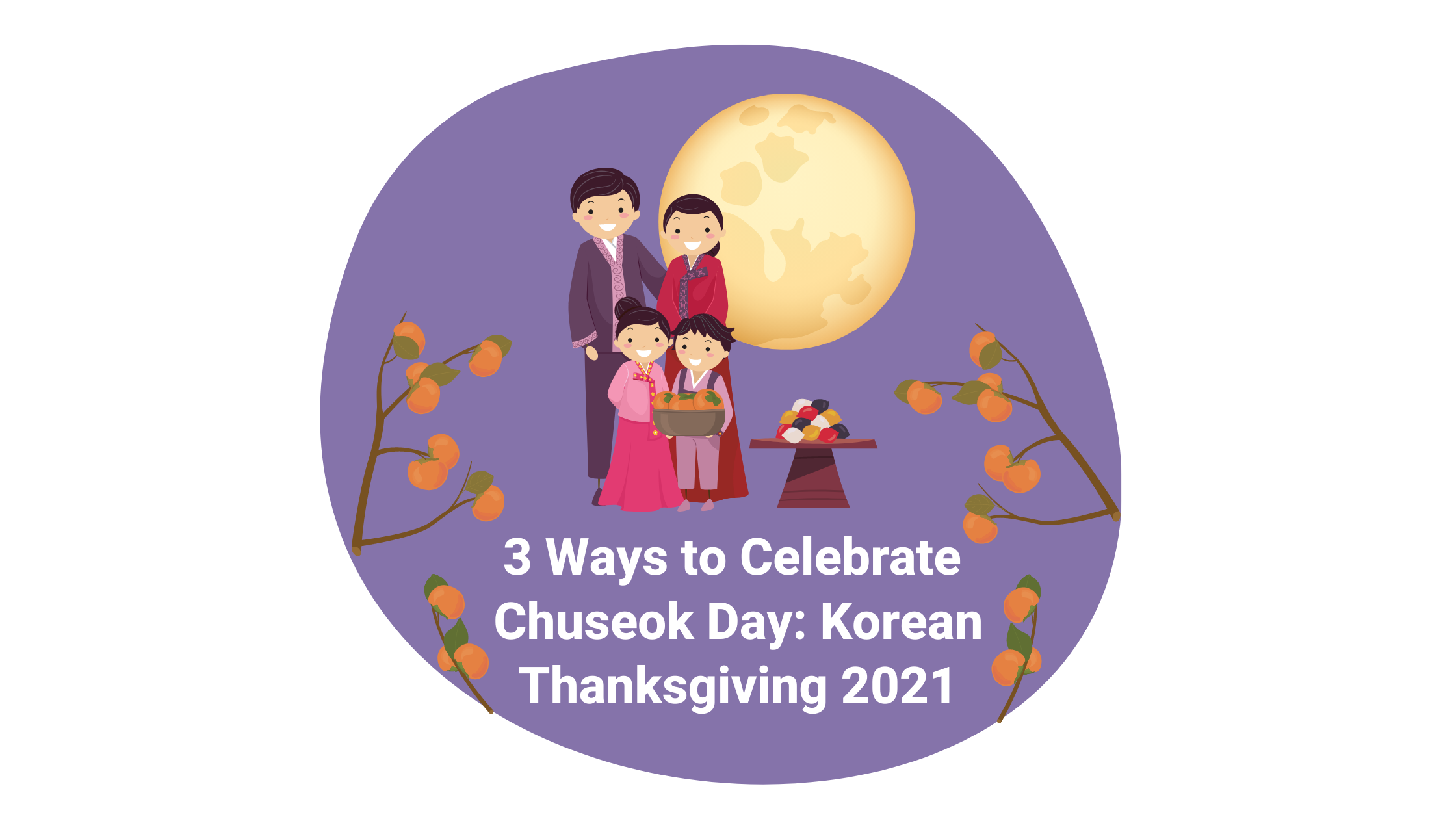 Korean Mid-autumn Festival, Chuseok Day, is one of the most festive and joyous holidays in Korea. This year, Chuseok falls on the 21st of September, including the day before and after. Many Koreans travel to their hometowns to spend time with their loved ones and celebrate the holiday with food, wine, and fun games.

It's also a time to take a break and enjoy the autumn breeze, no wonder why many people anticipate this peaceful season. Let's dig into some interesting facts about Chuseok, its meaning and history, as well as how to celebrate Korean Thanksgiving.

Chuseok is a harvest festival celebrated by the country and an essential aspect of Korea's culture. On this day, the full harvest moon illuminated the sky, and families gathered to spend time together and pay gratitude to their ancestors for a bountiful harvest.

Hangawi is another name for Chuseok. Gawi means "the ides of the eighth lunar month of autumn," and Han means "big." The year's greatest full moon, the harvest moon, occurs on the 15th day of the lunar calendar's eighth month. Along with Seollal (Korean New Year) and Dano, Chuseok is one of Korea's three main holidays.

Here are the three simple ways to celebrate Chuseok Day:

You can celebrate Chuseok by preparing unique Korean dishes, notably Songpyeon, a Korean rice cake. The dough is formed into small round shapes and filled with sesame seeds, nuts, beans, and other ingredients. The rice cake is steamed and placed on top of pine needles, infusing the house with the cool scent of autumn. It is simple and easy to make.

Another traditional Korean food to make and enjoy during Chuseok is Japchae. This noodle dish is stir-fried with vegetables in sesame oil. Beef is sometimes added to the meal, while soy sauce is used to flavor it. Traditional Korean pancake Jeon is also commonplace on dinner tables and Galbijjim, a heavy meal made with short ribs of beef and vegetables.

Because Chuseok is a holiday season, you can amuse yourself with different folk games such as samulnori (traditional drum quartet), talchum (mask dance), ssireum (traditional Korean wrestling), and ganggangsullae (Korean circle dance). During Jeongwol Daeboreum (the 15th day of the first lunar calendar) and Chuseok, Ganggangsullae is performed. On the night of the first full moon and Chuseok, ladies dressed in hanbok (traditional Korean attire) clasp hands in a wide circle and sing together.

The origins of Chuseok may be traced back to Korea's agricultural history. It is believed to have stemmed from a shamanistic worship rite in which people give thanks to the harvest moon and ancestors. Farmers would gift their ancestors with their harvested crops to express their gratitude and pay tribute to them, thinking that by doing so, they would be able to endure the next winter with warmth and abundance of food and reap a bountiful harvest the following year.

The women also arranged a charye, or ancestral remembrance ritual, by setting the table with food, including freshly grown rice and fruit. Then they'd share their feast with their friends, family, and neighbors. Because Chuseok is a moon festival and traditionally, the moon is female, women gather to dance under the moon and sing together.

Family members often assemble to bow after setting up food — generally tea, vegetables, soups, grains, and meat – on a table. This is done to express thanks for the previous year and hope for good fortune in the new year.

Seongmyo, or visiting the ancestral graves, is another Chuseok practice. Seongmyo is an ancient ritual still practiced to express respect and admiration for ancestors in the family. During seongmyo, family members clean up the weeds that have grown around the graves and hold a small memorial service to pay their respects to the departed.

Ganggangsullae is a traditional folk dance of Korea that was primarily done to ensure a successful harvest. It's a vibrant performance with a group of women dressed in the hanbok, Korea's traditional garment. They dance in a circle while singing hand in hand. Women frequently add variations, such as forming shapes or taking turns dancing in the middle.

Gift-giving is another Chuseok custom in modern-day Korea. To express their gratitude and appreciation, Koreans will give presents to their family, friends, and colleagues. You don't have to be Korean or in Korea to celebrate these Chuseok activities.

You can still celebrate Korean Thanksgiving Day even if you live and work abroad.

With Remitbee, you can now send money to your family and friends living in South Korea by signing up and using our coupon code SEND10.

Sign up today and get $10 bonus towards your first transfer