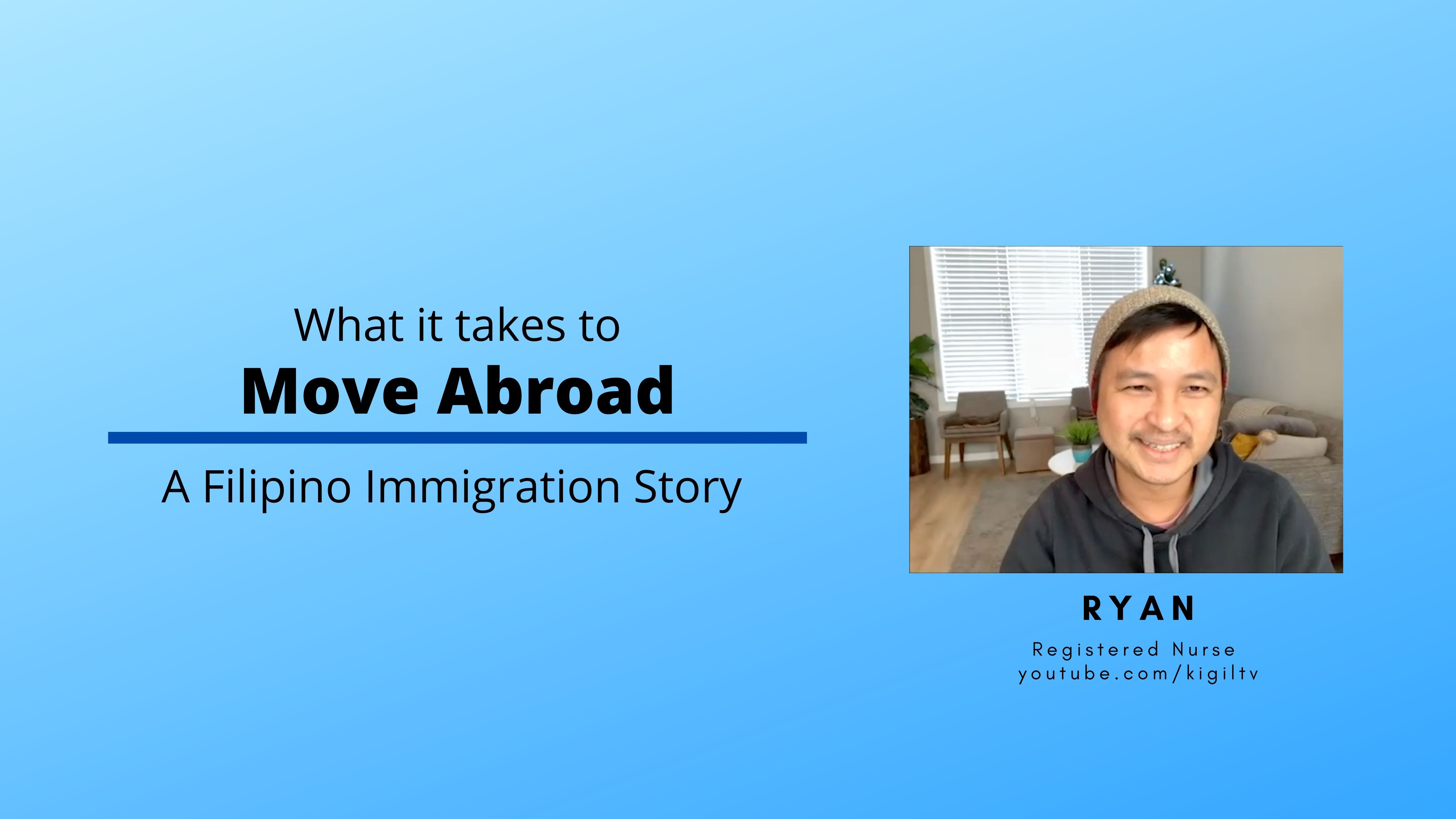 What It Takes to Move Abroad: A Filipino Immigration Story

In a country with 2.2 Million overseas workers, stories of moving abroad from the Philippines is no longer unusual. It is very likely that you have at least one friend whose family or parent is working or living abroad and receives balikbayan boxes once or several times a year. It is a true Filipino trademark - working overseas and sending back to their families back home to help.

One such person who has strived hard to work overseas and eventually immigrate to Canada is Ryan Nakpil from Alberta. His first experience in working abroad was in Dubai but he shared that he was really aiming for Canada. After some time of buying newspapers, cutting the ads of job postings, calling and going to agencies during his days off in Dubai, he eventually found an agency that was able to get him hired as a caregiver in Canada. When asked why he did such great lengths, he shared that he wanted to make a sacrifice to be the breadwinner of his family in the Philippines so that his parents could spend more time together since his dad also used to work as a seaman while he was growing up. What a great way to honor his parents, indeed.

While moving from the Philippines to Dubai was already hard, Ryan shared that it was even more challenging to make the move to Canada as the weather is different. From a tropical country to desert land to a shivering cold place, it took a big leap of faith for him to adjust. Constant communication with his family back home was the best help, he said. Gladly, he was very happy to share that the friendly Canadian culture felt uplifting as well.

In his more than 11 years of living abroad, he considers financial constraints as the biggest challenge he used to face. Many overseas Filipino workers would agree when he said, “instead of using what I earned to eat, we will just send it to our family in the Philippines. So the sneakers that we want or clothes, instead of buying them, we will just save the money and send it back home. That is our ultimate goal.”

Remitbee is here to help. When there is no fee to pay when you send over 500$, you can send a little more back home instead of paying expensive transaction fees. Plus, you don’t have to worry about anything because your transfer is safe and fast. Sign Up Here!