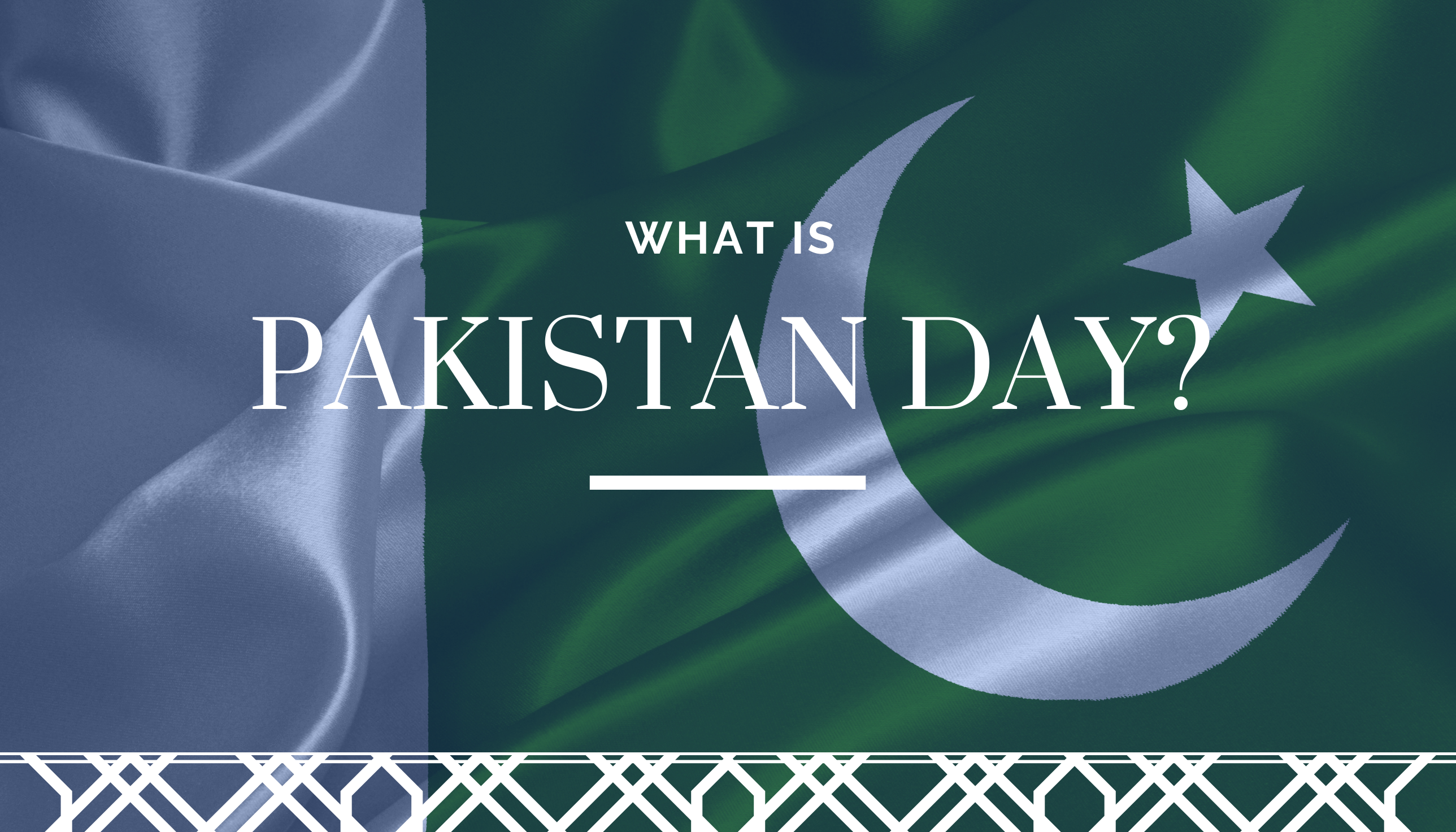 What is Pakistan Day?

This day commemorates the Lahore Resolution which was passed on March 23rd, 1940 as well as the implementation of the first constitution of Pakistan on the same day in 1956. This day is particularly significant because, after its transition from the Dominion of Pakistan to the Islamic Republic of Pakistan, Pakistan became the world’s first Islamic republic.

The now modern-day country Pakistan had a long-standing struggle for independence and important Pakistani figures fought for separation for many decades. In a popularized theory called ‘The Two-Nation Theory’, it was stated that Muslim and Hindu cultures, languages, and traditions were distinct, and thus should be separated, in order to protect each respective groups’ ideologies. The political group, Muslim League, advocated for this separation and the formation of a Muslim homeland. The Lahore Resolution of 1940 was the first formal political statement that called for an independent nation to be formed. This played a key role in the creation of Pakistan years later. Because of the hard work of many significant Pakistani figures, Pakistan was able to form and prosper.

There are a few main celebrations that happen each year on Pakistan Day. The main celebration is held in Islamabad, which includes military and civilian parades. The President of Pakistan is also in attendance and grants military and civilian awards to those who have contributed to Pakistan. Tribute is played to the founder of Pakistan, Muhammad Ali Jinnah, with the laying of wreaths, song, and prayers.

Not only is Pakistan Day celebrated in Pakistan, but there are large celebrations all over the world! In New York City, North America’s largest Pakistan Day Parade is held each year to celebrate. In Canada, many Pakistani communities also hold festivals and events to celebrate this important day. Because Pakistan Day is a national holiday, this day is usually spent surrounded by friends and family to celebrate Pakistan’s rich history!

Although the community may not be able to gather as it has in previous years, there are still many ways to stay connected. Pakistan is now on our list of recipient countries, so you can send money home easily, at the lowest fees.

For a limited time, we are giving 15$ to anyone that sends their first transfer!