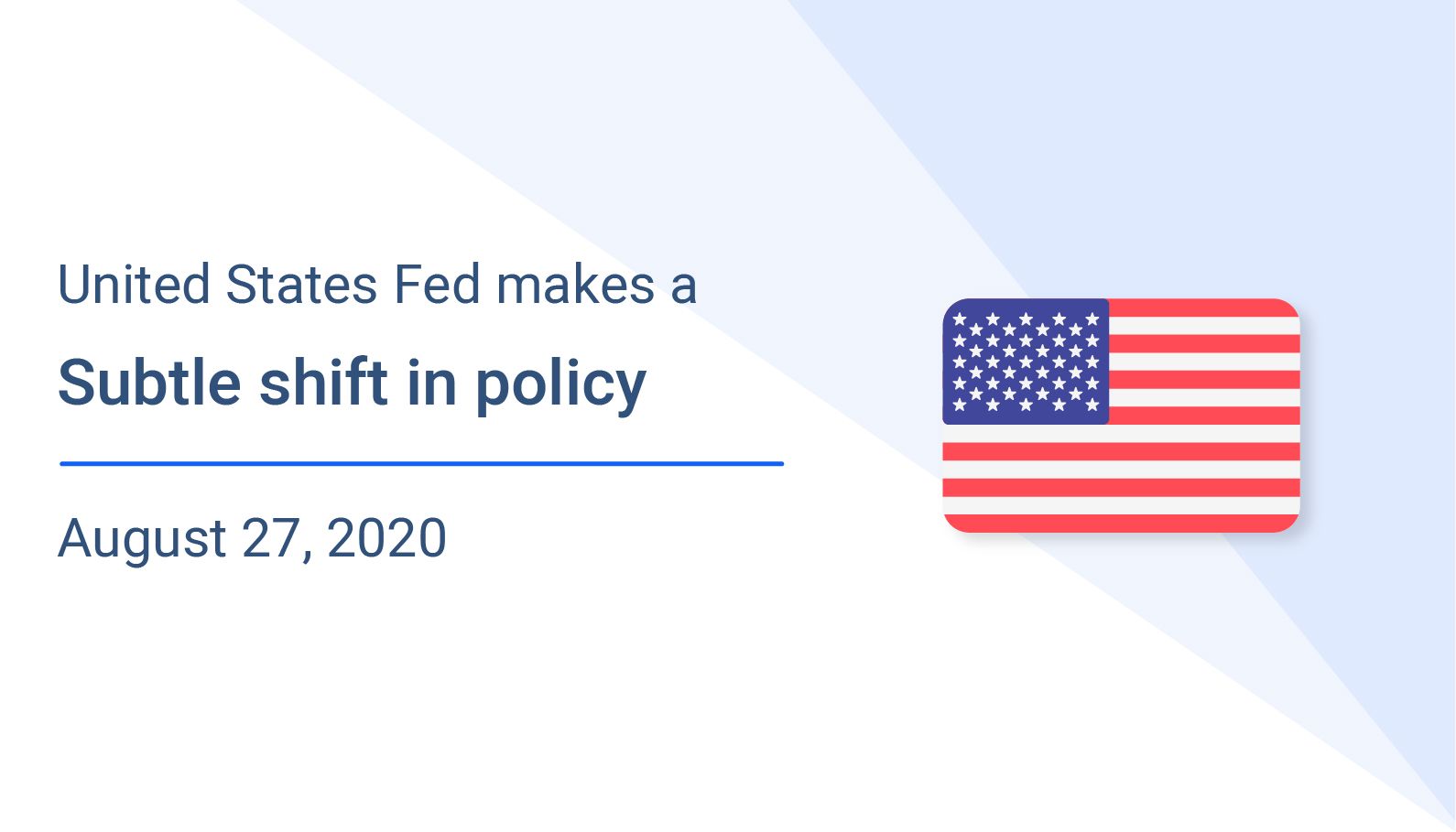 Federal Reserve Chair Jerome Powell appears to have signaled a subtle shift in the policy of the U.S. central bank.

In a speech on Thursday, Mr. Powell indicated that the Fed might not be averse to letting inflation rise if it could help generate more jobs.

While setting out the key changes in the consensus statement on monetary policy, he said:“ We continue to believe that specifying a numerical goal for employment is unwise, because the maximum level of employment is not directly measurable and changes over time for reasons unrelated to monetary policy. The significant shifts in estimates of the natural rate of unemployment over the past decade reinforce this point.”

He asserted that the Fed had not changed its view that a longer-run inflation rate of two percent “is most consistent with our mandate to promote both maximum employment and price stability”. He reiterated the Fed belief that monetary policy must be forward-looking, taking into account the expectations of households and businesses and the lags in monetary policy's effect on the economy. “Thus, our policy actions continue to depend on the economic outlook as well as the risks to the outlook, including potential risks to the financial system that could impede the attainment of our goals,” he added.

“Our new statement explicitly acknowledges the challenges posed by the proximity of interest rates to the effective lower bound. By reducing our scope to support the economy by cutting interest rates, the lower bound increases downward risk to employment and inflation,’’ he said. To counter these risks, we are prepared to use our full range of tools to support the economy,’’ he made it clear.

The change, in a way, means inflation could stay above the 2.0% target "for some time" before the Fed acted, Mr. Powell said in a speech.

The aim is to correct the "shortfalls" in achieving the Fed's goal of maximum employment. It is also in some way recognition of the view that a tight job market does not necessarily drive prices higher, what with the changes in the global economy.

"This change reflects our appreciation for the benefits of a strong labor market, particularly for many in low- and moderate-income communities," he said, adding that the Fed is prepared to use "our full range of tools to support the economy."

“In addition, our revised statement says that our policy decision will be informed by our assessments of the shortfalls of employment from its maximum level rather than by deviations from its maximum level as in our previous statement. This change may appear subtle, but it reflects our view that a robust job market can be sustained without causing an outbreak of inflation,” Mr. Powell said,” Mr. Powell said.

Inflation for years has stayed below the 2.0% target. Mr. Powell said the goal now “is to achieve inflation that averages two per cent over time.” Nevertheless, he stressed that it would not be tied "to a particular mathematical formula."