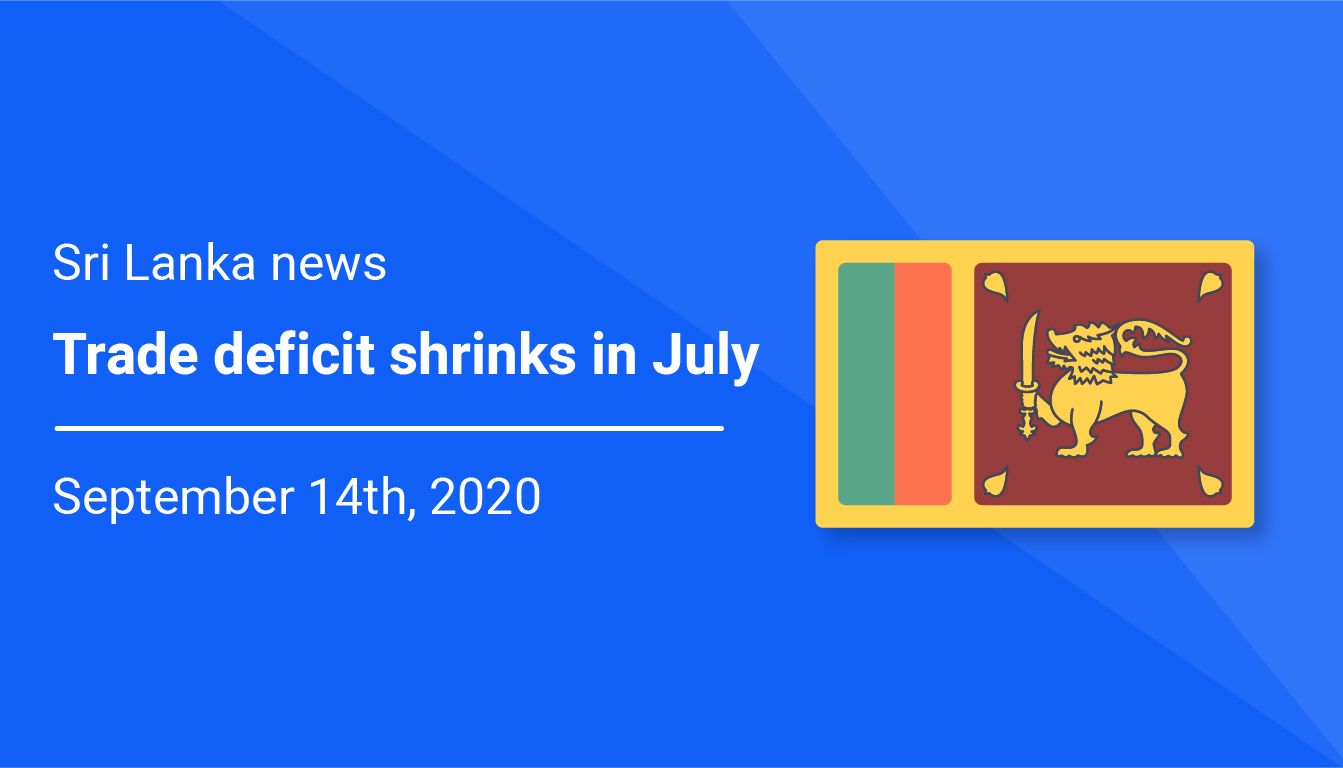 Island nation Sri Lanka has reported a sharp drop in the trade deficit to U.S. dollar 209 million in July 2020, down substantially from $ 717 million in the same month of the previous year.

It was the smallest monthly trade shortfall yet since August of 2009, according to the data released by the country’s central bank.

Imports were down by 24.6 per cent to $1,294 million. This was primarily due to steps taken by the government to control the import of non-essentials.

Exports rose 8.7 per cent to $ 1,085 million, the first gain since February of 2020, amid the gradual recovery of both domestic and global supply and demand chains and government efforts to support the export industries. Increases were seen in shipments of industrial products (3.8 per cent). agricultural goods (27.3 per cent) and mineral products (7.4 per cent).

A combination of unprecedented import curbs and a significant fall in consumption has led to the largely downsized import numbers. The import restrictions followed currency printing triggering a shortage of forex.