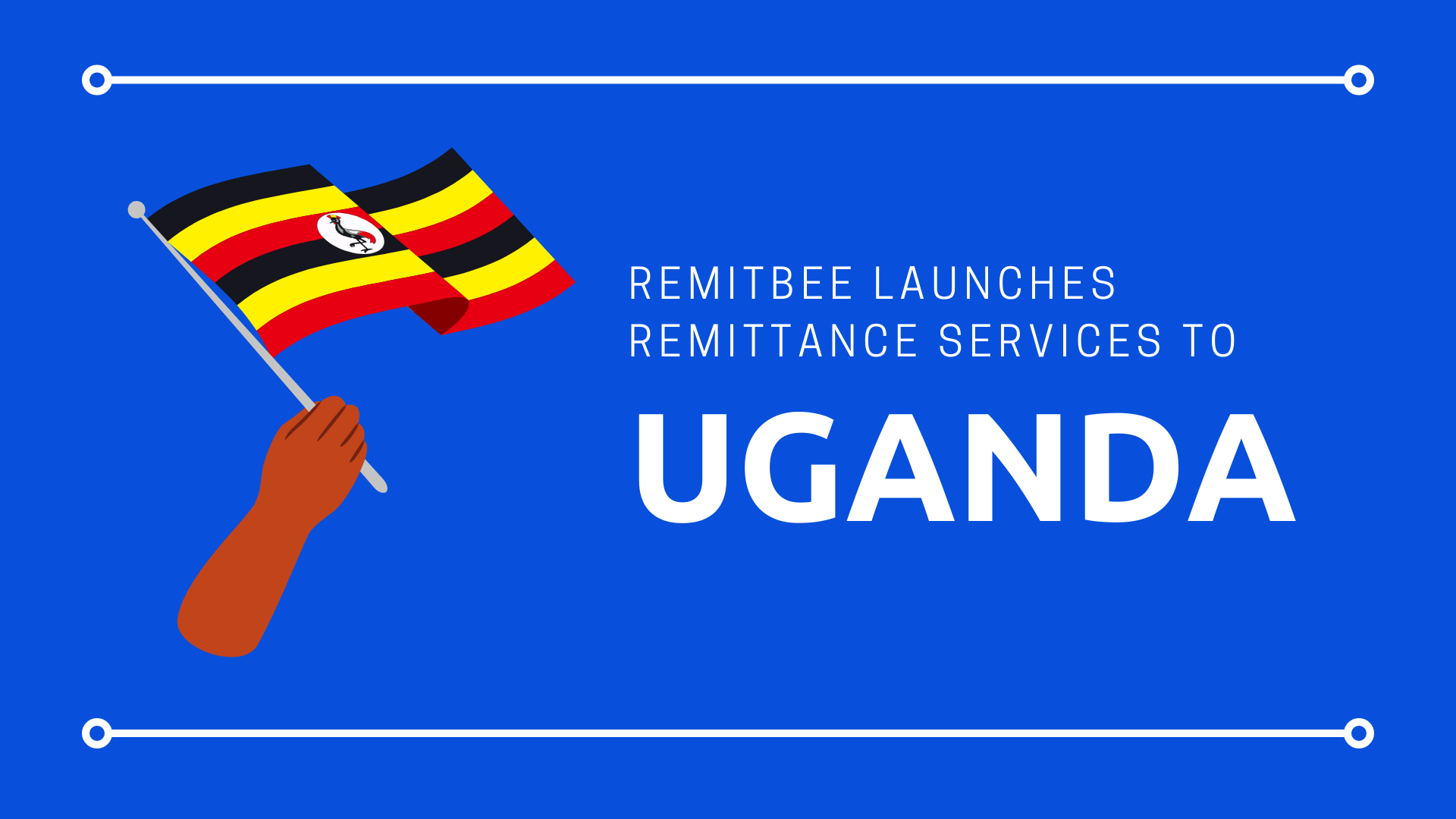 Chi Kati? We are constantly working to expand our global reach for online money transfer services, and we’ve recently added Uganda to the list of countries that you can remit money to. You can now use Remitbee to get some of the most competitive CAD to Ugandan shilling (UGX) exchange rates and send money quickly and securely to your loved ones. What’s more, transfers of $500 and over are free.

Uganda, a country about the size of the United Kingdom, is a place of rich ethnic and natural diversity and rich ecosystems. It is located in east central Africa. Though diverse, many of the peoples of Uganda share a common language in English and are Christian. Many people also speak Swahili, which enables them to communicate with their neighbours in other surrounding countries. The history of Uganda has been turbulent. It has had a coup, a dictatorship, as well as war and a two-decade insurgency in the northern part of the country. However today it is a stable place with a good economy. The capital of Uganda is Kampala, which sits on the shore of a lake, showcasing the country’s natural beauty. There are many national parks, and the country’s list of UNESCO heritage sites include two of these parks as well as the Tombs of Buganda Kings at Kasubi. The tombs were the burial site of the kabakas or kings. Significant national parks include the Rwenzori Mountains National Park, home of the third highest mountain peak on the African continent, and the Bwindi Impenetrable National Park. Uganda also contains the Sempaya Hot Springs. These springs get up to 1,000 degrees Celsius, hot enough to boil an egg. Other sites include the Namugongo Martyrs Shrine as well as the Nyero Rock Paintings.

Canada has a long history of relations with Ugandan immigrants. The year 1972 was pivotal in the history of Ugandan Asians as the “africanization” program caused them to be expelled. The start of the 1970s saw an offer by Canada for local Asians to come and some accepted but most did not. After the Immigration Act allowed the sponsorship of relatives, many Ugandans were able to immigrate through their family. The subsets of Ugandan Asians in Canada include both Muslim and Hindu populations. The former are mostly from the Ismaili community. People claiming Ismaili background totalled 580,000 in 2001. The latter are mostly Gujarati Hindus, a caste that was active in the business world both in Uganda and now in Canada. The total number of recent Ugandan immigrants in Canada as of 2016 was 13,205. The overwhelming majority of immigrants from Uganda live in the province of Ontario. Significant numbers also reside in British Columbia (2,760) and Alberta (2,285). There are also some in other smaller communities around Canada. After this, the largest numbers of Uganda immigrants live in the provinces of Quebec and Manitoba. Many Ugandans in Canada still maintain ties with their home country. For Ugandans in Canada looking to exchange CAD to Ugandan shilling (UGX). Remitbee can help. We offer high security, low and transparent fees, and a good exchange rate on Canadian Dollars to Ugandan shilling (UGX). Our transfers also go directly to Ugandan bank accounts.

The central bank of Uganda, Benki Kuu ya Uganda, supervises the financial system in the country and has been in operation since 1966. The sector is very active, with 25 banks in total. Stanbic, Centenary Bank, Barclays (Absa), Bank of Baroda, Citibank and Equity Bank are among the major Ugandan banks. Housing Finance Bank is also a major player as it holds over half of all Ugandan mortgages. Stanbic Bank ranks highly as the biggest bank overall, reporting 1.765 billion US dollars (USD) in assets. Centenary Bank is a fully Ugandan bank with 63 branches overall and a large asset base. It employs almost 3,000 staff. Barclays, part of the British Barclays Bank, has been operating in Uganda since 1927. Today it is known as Absa Uganda. Bank of Baroda Uganda Limited is associated with the Indian bank of the same name. It has 17 branches in total. Citibank is a subsidiary of the American Citigroup. The bank has operated since 1999 and reports assets of 262 million US dollars (USD). Equity Bank has grown rapidly in Uganda and has over 30 branches across the country.

Sending money to Uganda for a low fee at a great exchange rate is what Remitbee is all about. We offer easy CAD to Ugandan shilling (UGX) transfers. Your money will be sent quickly and in a secure manner directly into a Ugandan account. Just sign up and verify your account with your family or friend's info to initiate a transfer. We’ll handle the rest.