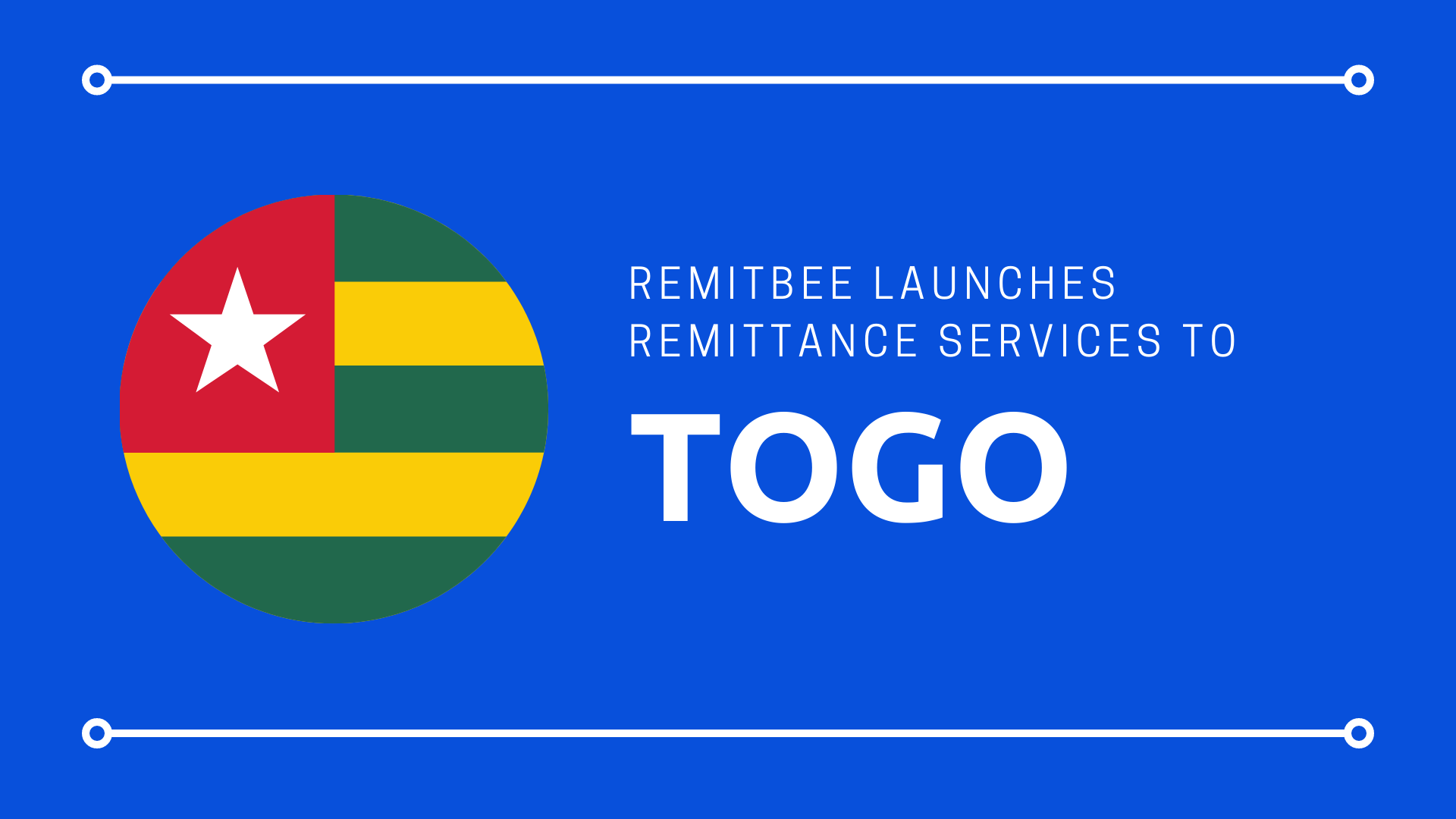 Alekay and Nliwah le! We are constantly working to expand our global reach for online money transfer services, and we’ve recently added Togo to the list of countries that you can remit money to. You can now use Remitbee to get some of the most competitive CAD to CFA franc (XOF) exchange rates and send money quickly and securely to your loved ones. What’s more, transfers of $500 and over are free.

Togo, known in French as the République Togolaise, is a country of 8 million people which sits on a narrow strip of land on the West African coast. It has been colonised by the British and French up until the time of independence. The start of WWI saw troops from the Gold Coast invade what was then called Togoland. The Germans were ejected and from then on the colony was split into East and West, with France and Britain administering the two regions, respectively. One of the major areas of production in Togo is phosphates, a material used in fertilisers. Despite being in the top five producers of this worldwide and having two billion tonnes of phosphates, the country has been plagued by poverty. The economy, as a result, strongly depends on agriculture. Cotton, peanuts, cocoa beans and coffee are all exported from Togo. This is helped by the variety of climates and soil in the country. Limestone used for making cement is also a rich resource in Togo. In fact, the area around the capital Lomé is a large site for limestone mining. Togo also has many deposits of marble. The main partners in trade are Nigeria, China and France among others. Most of the country’s people live in scattered villages, and Lomé is located on the south coast. Over 30 ethnic groups make up the Togolese people. This is as a result of movement of people from surrounding areas. The Ewe group makes up the largest ethnicity in Togo, about 32 percent of the population. These people came from Nigeria and mainly live in the South of the country. There are also Gur-speaking peoples. In the north and center are the Kabye, Kotokoli, Tchamba and Tem. There are also northern groups like the Konkomba, Basari, Losso and more. The Fulani also comprise a small number of people. Another significant portion of the population are the Ouatchis, which are often grouped with the Ewes. However the Ouatchis are said by the French to be a separate group.

The total number of Togo immigrants in Canada as of 2016 was 3,350. As one would expect for Francophone Africans, the majority of immigrants from Togo live in the province of Quebec (2,580), of which Montreal is the most popular city. There are also some in other smaller communities around Canada. After this, the largest numbers of Togo immigrants live in the province of Ontario (410). There are also very small numbers in the other Canadian provinces. Many Togolese in Canada still maintain ties with their home country. For Togo in Canada looking to exchange CAD to CFA franc (XOF), Remitbee can help. We offer high security, low and transparent fees, and a good exchange rate on Canadian Dollars to Togo for CFA franc (XOF). Our transfers also go directly to Togolese bank accounts.

The central bank that issues currency for Togo is the BCEAO or Central Bank of West African States. The bank issues the CFA Franc, sets interest rates, manages foreign exchange and applies monetary policy. The CFA franc (XOF) is used in eight West African states, including Mali and Senegal. The currency has been officially pegged to the euro since 2002. There are 10 banks in total in the country. Major banks in Togo include Ecobank, Orabank, Banque Atlantique and UTB, which was taken under state control in 2019. UTB offers services to both private customers and companies. It has a large network of branches, not just in the capital, but in many of the provinces. Banque Atlantique is headquartered in Lome. The group extends outside of Togo in several other regional countries. In the eight countries it serves, it maintains in excess of 150 branches. Ecobank is a well established banking provider that offers everyday banking, payments and transfers, cards, loans and more. Orabank Burkina Faso, Orabank Niger and Orabank Senegal are all part of the extensive Orabank network.

Sending money to Togo for a low fee at a great exchange rate is what Remitbee is all about. We offer easy CAD to CFA franc (XOF) transfers to Togo. Your money will be sent quickly and in a secure manner directly into a Togolese account. Just sign up and verify your account with your family or friend's info to initiate a transfer. We’ll handle the rest.