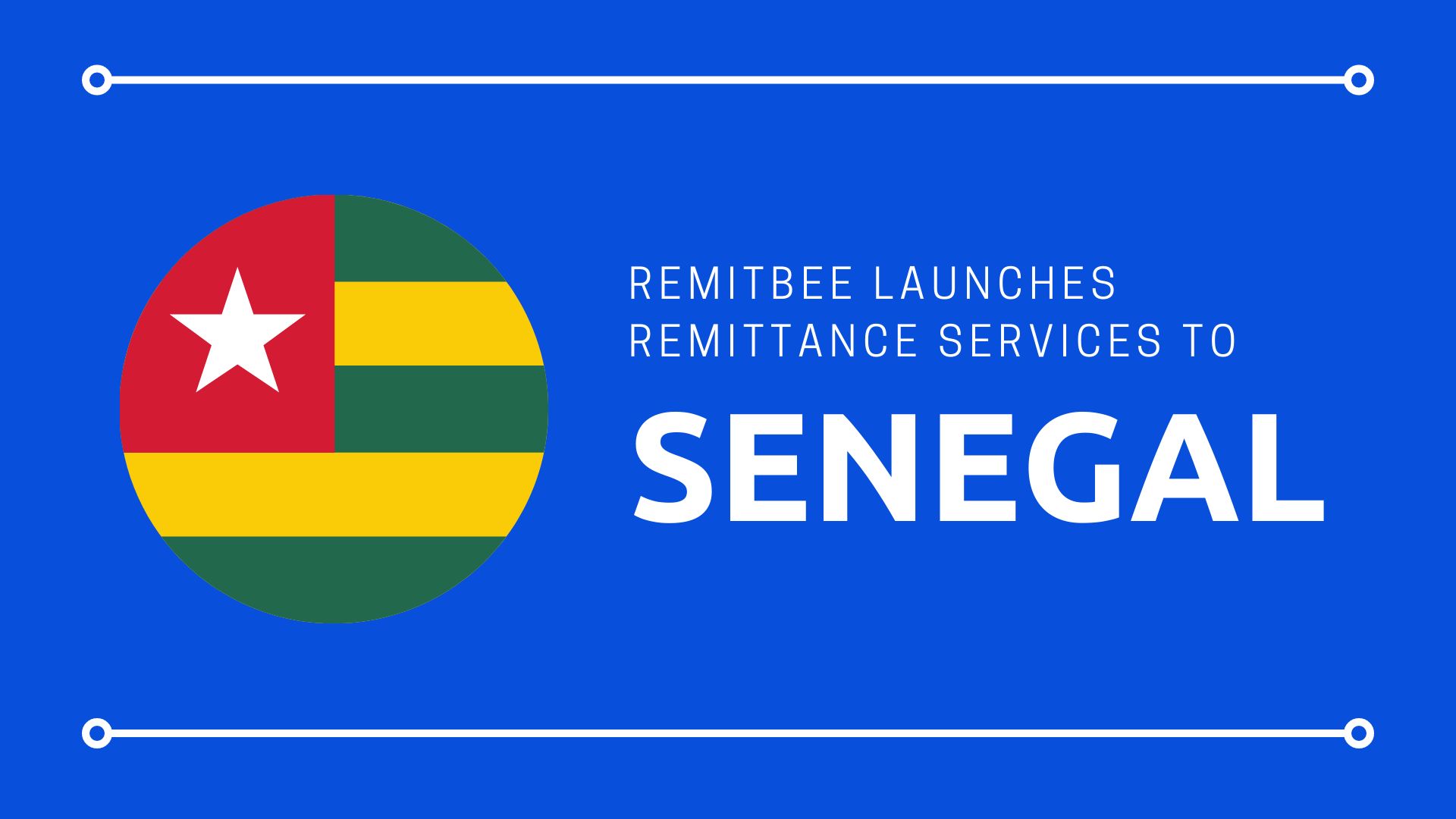 Nangadef? We are constantly working to expand our global reach for online money transfer services, and we’ve recently added Senegal to the list of countries that you can remit money to. You can now use Remitbee to get some of the most competitive CAD to Senegalese CHF franc (XOF) exchange rates and send money quickly and securely to your loved ones. What’s more, transfers of $500 and over are free.

Senegal sits on the West coast of Africa and has a population of over 15 million. Its capital is Dakar, a large sprawling city. The people there speak many languages but the official ones are French and Wolof is spoken just as widely.Though in the past this nation was an exporter of gold, slaves, and ivory, today the main source of money is agriculture. Senegalese abroad sending remittances also contribute significantly to the economy. The French ruled over Senegal for nearly 300 years starting in 1677. For a while in the 1700s Britain took over French posts and formed Senegambia. France however managed to regain the land and it was not until 1960 that the Senegalese people got their independence. Modern Senegal is a democratic and stable nation, but there have been issues with the Casamance region. A separatist conflict raged there for years until 2014 when a ceasefire was agreed.

Tabaski is by far the biggest celebration in Senegal. It is a religious celebration, also known as Eid al-Adha to Muslims worldwide. It is also called the Feast of the Sacrifice, as it marks the test of Ishmail, who in the Quran was said to have been ready to sacrifice his son to God. Sheep are paraded through the streets before being ritually slaughtered and feasted on. There is even a national beauty contest for the best sheep, called Khar Bii. Another major holiday in this Islamic nation is the Grand Magal of Touba. This is a pilgrimage of a sect called Mouride that is held in great respect by the country’s citizens. Pilgrims go to the city of Touba and honor the founder of the brotherhood, Amadou Bamba. Senegal’s religious leaders hold important influence. Not just on religious matters, but also in the political and economic life of the nation.

As a result of the 1978 Immigration act, Canadian citizens could sponsor close relatives for immigration. This meant that in 1984, over 3,000 people from Africa immigrated to Canada. While many African immigrants came from West African countries where the language was English, some Francophone immigrants like the Senegalese arrived as well. The total number of Senegalese immigrants in Canada as of 2016 was 7,510. The majority of immigrants from Senegal live in the province of Quebec (6,155). There are also some in other smaller communities around Canada. After this, the largest numbers of Senegal immigrants live in the provinces of Ontario and Alberta, respectively. Many Senegalese in Canada still maintain ties with their home country. For Senegalese people in Canada looking to exchange CAD to Senegalese CHF franc (XOF) Remitbee can help. We offer high security, low and transparent fees, and a good exchange rate on Canadian Dollars to Senegalese CHF franc (XOF). Our transfers also go directly to Senegalese bank accounts.

Senegal’s capital Dakar houses the headquarters of the BCEAO or Central Bank of West African States. The bank issues the CFA Franc, sets interest rates, manages foreign exchange and application of monetary policy. Senegalese CHF franc (XOF) is used in eight West African states, including Niger, Mali, and Togo. Mobile money is a popular way to bank in Senegal. CBAO Attijariwafa Bank Group, BICIS, Banque Atlantique, Orabank Senegal, International Commercial Bank (ICB), Ecobank Senegal, Societe Generale Senegal, are the major Senegalese banks. CBAO Attijariwafa Bank Group is the top bank in Senegal and is owned by the Moroccan Attijariwafa Bank. The income from the Senegal branch makes up almost 20 percent of the bank’s overall income. It has also been honored with the Excellence Award by EMEA Finance Magazine at the African Banking Awards 2019 and has been consistently voted the best bank in Senegal. BICIS is a subsidiary of BNP Paribas, a leading European banking group. Banque Atlantique is a large bank headquartered in Dakar that is popular among consumers. It operates in eight countries and has a representative office in Paris. The banking group it is a part of has 5 million customers. Orabank Senegal operates in 12 countries, including the ones that use the franc. Its capital is in Lome, Togo. ICB is part of an international banking group that operates in Asia and Europe in addition to Africa. Ecobank Senegal is a part of the African Ecobank group. Societe Generale Senegal is a part of the French Société Générale bank and financial services company.

Sending money to Senegal for a low fee at a great exchange rate is what Remitbee is all about. We offer easy CAD to Senegalese CHF franc (XOF) transfers. Your money will be sent quickly and in a secure manner directly into a Senegalese account. Just sign up and verify your account with your family or friend's info to initiate a transfer. We’ll handle the rest.