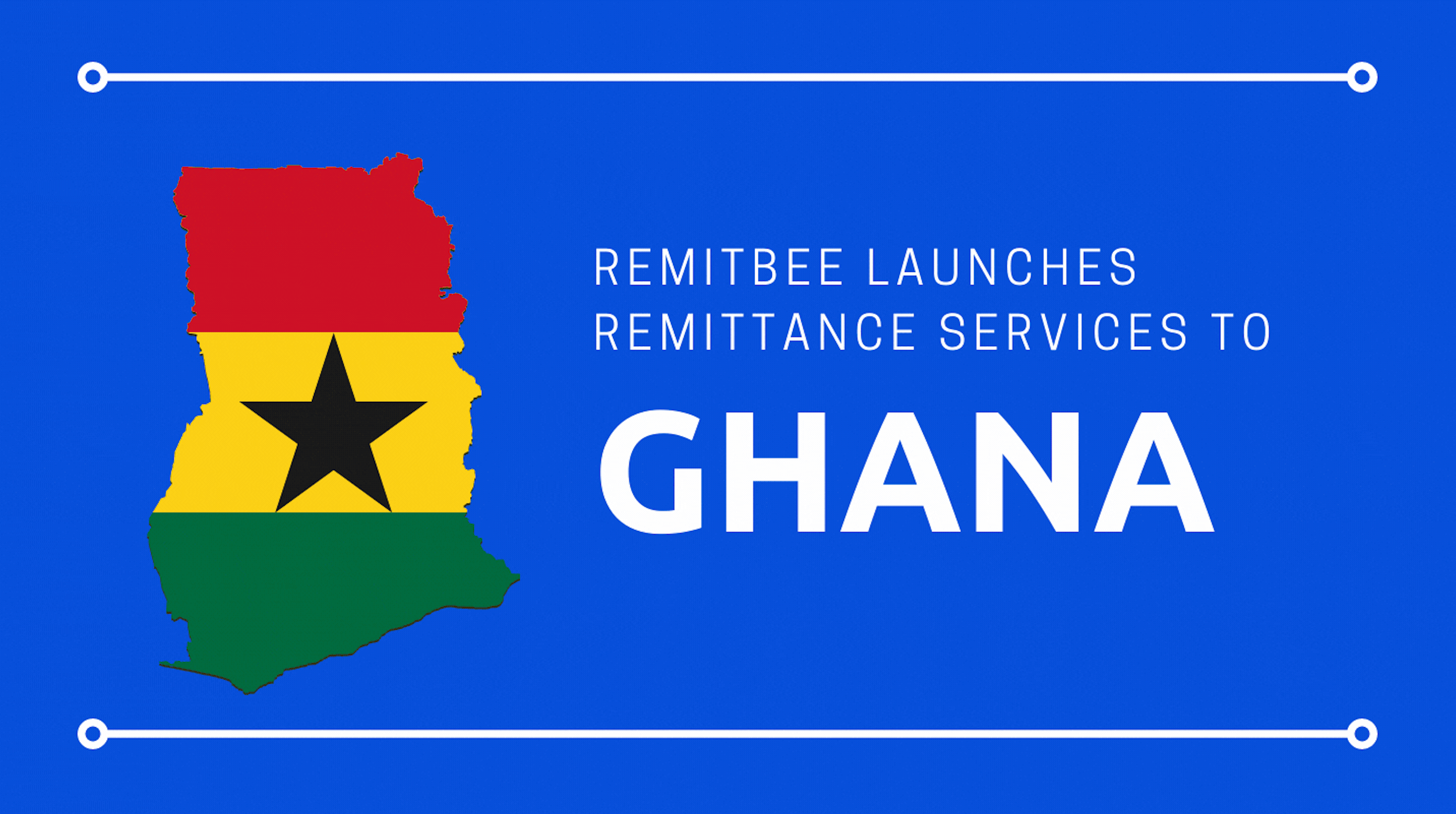 Agoo! We are constantly working to expand our global reach for online money transfer services, and we’ve recently added Ghana to the list of countries that you can remit money to. You can now use Remitbee to get some of the most competitive CAD to Ghanaian cedi (GHS) exchange rates and send money quickly and securely to your loved ones. What’s more, transfers of $500 and over are free.

Ghana is a country of rich history on the West Coast of Africa. Despite its small size, its influence has been massive. There is a great amount of natural wealth in Ghana, including gold, oil, cacao and wood. For a significant period in the 1500s and onwards, slavery was a major business in the region, and enslaved people were the main export. This continued until the British ban on the slave trade in 1807. The Akan people are the largest ethnic group in the country. Unlike some other African countries, various groups live in harmony, though there are sometimes clashes in the north of Ghana. The country’s official language is English, and that is what the diverse Ghanian people use to communicate with each other for the most part.

Some interesting facts about Ghana include:

Ghana is at the centre of the world (almost). It sits close to the equator and the Greenwich Meridian, which is the 0 degree line that east and west is measured from on maps. Ghana was the first African country to gain independence. The citizens began self-rule in 1957. Ashanti kings in Ghana are often seen adorned with gold, which is a substance their people have traded for many years. The Golden Stool is believed to house the spirit of the Ashanti nation itself. The Akan people of Ghana use adinkra, a form of symbolic depiction, to communicate. Ghanian coffins are often elaborate sculptures, for example of lions, fish, or even an aeroplane. This is because life after death is a belief many subscribe to, and the departed’s coffins are meant to create a good impression when they pass to “the other side”.

The first major wave of immigration from Ghana to Canada came in the 1960s. After Canada's White Paper in 1966 on reducing discrimination in immigration, more African immigrants including Ghanians were able to immigrate. Many Ghanians already present were also able to sponsor family members. Afrofest, the annual African music festival, was founded by the doctor Thaddy Ulzen, who was born in Ghana. The total number of recent Ghana immigrants in Canada as of 2016 was 22,915. The majority of immigrants from Ghana (15,910) live in the province of Ontario and over 13,000 of these immigrants are based in Toronto. There are also some in other smaller communities around Canada. After Ontario, the largest numbers of Ghana immigrants live in the provinces of Alberta, and Quebec, respectively. Many Ghanaians in Canada still maintain ties with their home country. For Ghanaian in Canada looking to exchange CAD to Ghanaian cedi (GHS) Remitbee can help. We offer high security, low and transparent fees, and a good exchange rate on Canadian Dollars to Ghanaian cedi (GHS). Our transfers also go directly to Ghanaian bank accounts.

The Bank of Ghana is the central bank that oversees the monetary policy of the country and the regulation of banks. Ghana has 23 commercial banks in total but six major ones. Two of the country’s largest banks, Agricultural Development Bank and GCB (previously Ghana Commercial Bank) are owned by the state. The other four are private. The Agricultural Development Bank was created by the state in 1965 to serve the needs of the agriculture sector. Today it has 64 branches across Ghana. GCB is headquartered in Accra, the capital. It was formed to serve the interests of businesspeople and today has 150 branches. Ecobank is the biggest bank in Ghana in terms of assets. It is a part of the African Ecobank group and has 77 branches. It is especially popular in the area of microfinance. Barclays Ghana is a subsidiary of the British Barclays Bank. It has a large percentage of the banking industry in the country and has been in operation since 1917. Its assets totalled 5.95 billion Ghanaian cedi (GHS) in 2017. Fidelity Bank of Ghana has over 1 billion Ghanaian cedi (GHS) and is jointly owned locally and with foreign investment. Zenith Bank of Ghana is a subsidiary of the large Nigerian banking group. It has 34 branches across Ghana.

Sending money to Ghana for a low fee at a great exchange rate is what Remitbee is all about. We offer easy CAD to Ghanaian cedi (GHS) transfers. Your money will be sent quickly and in a secure manner directly into a Ghanaian account. Just sign up and verify your account with your family or friend's info to initiate a transfer. We’ll handle the rest.