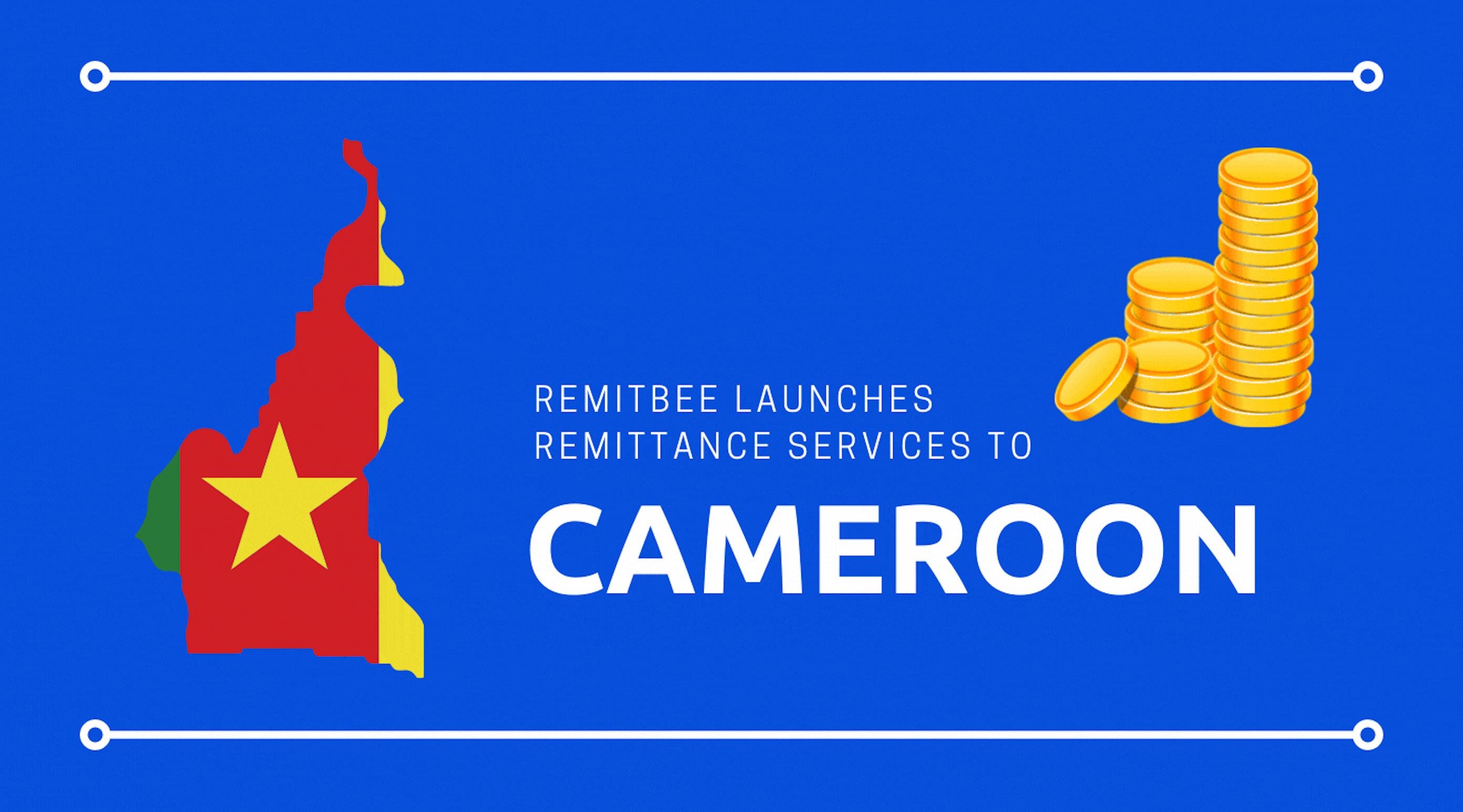 Bonjour! We are constantly working to expand our global reach for online money transfer services, and we’ve recently added Cameroon to the list of countries that you can remit money to. You can now use Remitbee to get some of the most competitive CAD to CFA Franc (XAF) exchange rates and send money quickly and securely to your loved ones. What’s more, transfers of $500 and over are free.

Cameroon is a country of 24 million people that is extremely culturally and geographically diverse. For this reason it is often known as "Africa in miniature". Among the millions of people that are united as Cameroonians are 200 separate tribal identities. Language wise, there can be a clear division in three. The south, where Bantu-speaking people live, the west, of Semi-Bantu speakers, and the northern Sudanic speakers. Among the many groups the hunter gatherer Pygmy people are the oldest residents of the area now known as Cameroon. Their names locally are Babinga and Baguielli. Sadly, the population of Pygmy people has been steadily declining as their forest home is cleared. The official languages of Cameroon are English and French, due to the country’s colonial past and missionary work in the region. The country was created in 1961 from two colonies that belonged to Britain and France. While colonised, though, German was Cameroon’s official language. The Cameroonian people overall have a high literacy rate, but economic prosperity remains elusive in the country. This is due to years of authoritarianism and corruption by successive governments and business interests. Most of the population survives through subsistence farming. Uniting the people of the country in peace has also been a challenge. Due to the history of German, French, and British rule, a conflict called the Anglophone crisis has persisted in the south of Cameroon with some citizens wanting the French and English speaking regions to separate.

The African population in Canada has been underreported, but in the last census 230,110 people claimed Central and West African heritage. While African immigration rose slightly (2 percent) after the 1966 White Paper on Immigration, higher numbers only came later. In fact, there were only three branches of the Canadian Citizenship and Immigration office on the continent. After 1978 African Canadians could sponsor their close relatives for immigration. The total number of Cameroon immigrants in Canada as of 2016 was 18,570. The overwhelming majority of immigrants from Cameroon live in the province of Quebec. There are also some in other smaller communities around Canada. After this, the largest numbers of Cameroon immigrants live in the province of Ontario (3,395). Many Cameroonians in Canada still maintain ties with their home country. For Cameroonians in Canada looking to exchange CAD to CFA Franc (XAF). Remitbee can help. We offer high security, low and transparent fees, and a good exchange rate on Canadian Dollars to CFA Franc (XAF). Our transfers also go directly to Cameroonian bank accounts.

The Central African CFA Franc (XAF) is used in six countries, including the Central African Republic, Chad, Equatorial Guinea, and Gabon. These countries are members of the central African currency union. The Bank of Central African States (BEAC) in Cameroon’s capital is the central bank for the currency. There are 13 commercial banks in total in Cameroon. Banque Internationale du Cameron (BICEC), Afriland First Bank, Citibank, SGBC (Société Générale) and Standard Chartered Bank are the most prominent banks. Afriland First Bank offers a number of services including Islamic finance and Visa and Mastercard cards. It serves both personal and business customers at its 12 branches. BICEC is a popular bank for the everyday needs of personal banking in Cameroon. It offers savings accounts, financing for projects and vehicle purchases, and more. Citibank, part of the international Citibank banking group, has a range of services for local customers. These include fixed income, loans, trade and treasury solutions for private and public entities. Société Générale is also an internationally known bank, headquartered in France. The entry of local African banking groups has given banks like SGBC competition, which means the market is healthy and customers have plenty to choose from. Standard Chartered Bank has been in operation since 1915. Then it was called the Bank of British West Africa. Standard Chartered Group is a well-known international banking brand.

Sending money to Cameroon for a low fee at a great exchange rate is what Remitbee is all about. We offer easy CAD to CFA Franc (XAF) transfers. Your money will be sent quickly and in a secure manner directly into a Cameroonian account. Just sign up and verify your account with your family or friend's info to initiate a transfer. We’ll handle the rest.