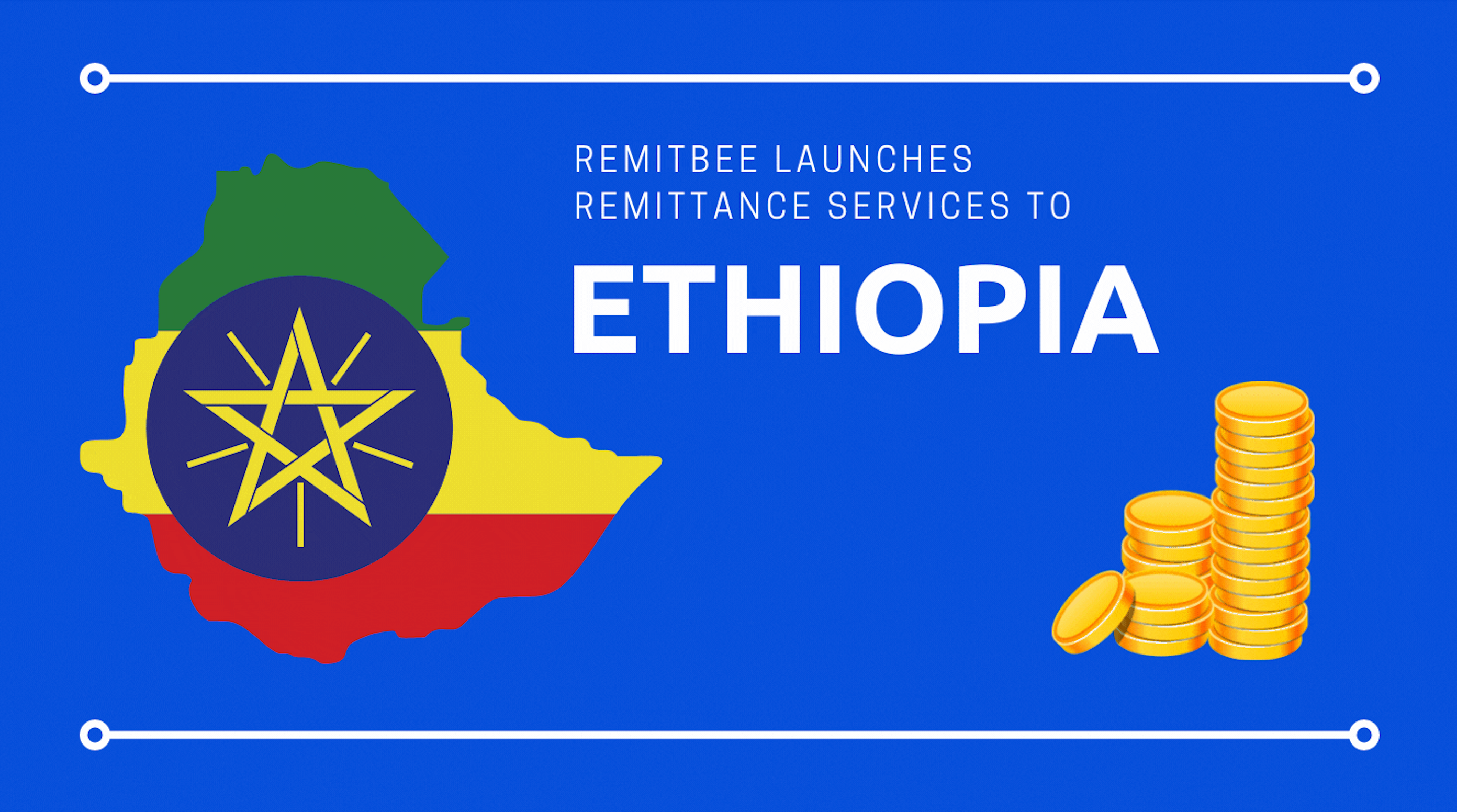 ጤና ይስጥልኝ Tena yistilign! We are constantly working to expand our global reach for online money transfer services, and we’ve recently added Ethiopia to the list of countries that you can remit money to. You can now use Remitbee to get some of the most competitive CAD to Ethiopian birr (ETB) exchange rates and send money quickly and securely to your loved ones. What’s more, transfers of $500 and over are free.

With a population of 102 million people, Ethiopia holds the crown for both the most populated and largest country in the Horner region of Africa. The entire landmass that makes up the land lies within tropical latitudes and is bordered by Eritrea, Somalia, and Sudan. Ethiopia is also the oldest independent country in Africa. Another unique feature of Ethiopia is that it has not been colonised except for a brief occupation by Italy for half a decade. The Ethiopian Orthodox Church is one of the oldest Christian branches with its own particular traditions and customs. The various ethnic groups that make up the diverse region include the Oromo, Tigrinya, Gurage, Amhara and Somali. This is reflected in the official languages, which are Afar, Amharic, Oromo, Somali and Tigrinya.

Here are some interesting facts about Ethiopia:

Ethiopia has nine UNESCO World Heritage sites in total. These include Lalibela, home of rock-cut churches that were commissioned by the ancient king Gebre Mesqel.

Most Ethiopians live in the rural areas of the country and rely on farming for their income. The urban population, including the capital and other cities, only contains around 20 percent of the total population.

In the Ethiopian Afar region, explorers discovered what was for a long time the world’s oldest human, Lucy. This 3 million year old human skeleton led to Ethiopia being dubbed as the place where human life could have begun.

Ethiopians have immigrated to Canada as refugees in the 1980s and early 1990s. This reflected the overall rise of Africans in Canada as a result of instability and violence in the immigrants’ home countries. People looking for shelter in Canada came only after the 1976 Immigration Act created a new refugee class for them to apply under. A landmark date is when 684 Ethiopians came as refugees in 1984. The difference between the types of Ethiopians who immigrated is distinct.

There were Ethiopians who are part of what is known as Eritrea today. These immigrants were skilled and well-educated. The history of Italian occupation prior to Eritrea’s independence in 1991 also means many of these immigrants spoke English. Yet another group is the Falashas, also called black Jews, from Ethiopia’s northwest. The total number of recent Ethiopian immigrants in Canada as of 2016 was 32,795.

The majority of immigrants from Ethiopia live in the province of Ontario (15,585) and most of those are in Toronto. An almost equally high amount of Ethiopian immigrants live in Alberta (10,570). Calgary and Edmonton have the largest proportion of immigrants in that province. After these provinces, Manitoba, British Columbia and Quebec have the most Ethiopian immigrants. Many Ethiopians in Canada still maintain ties with their home country.

Ethiopia has a well-developed banking sector. Although there are 16 commercial banks in total, around five banks dominate the sector. These are the Cooperative Bank of Oromia, United Bank, Awash Bank, NIB International Bank and the Commercial Bank of Ethiopia (CBE). The Cooperative Bank of Oromia has been in operation since 2005. Its headquarters are in Addis Ababa and it has almost 300 branches and over 3,000 staff. United Bank has operated even longer, since 1998, and provides a full range of commercial banking services. Awash Bank has been a longstanding brand in the Ethiopian banking sector, operating since 1994. It was the first private commercial bank in the country and has almost 350 branches. NIB International Bank boasts over half a million customers. They are served out of the bank’s 71 branches in the capital, and 59 other branches which are found in regional towns. The Commercial Bank of Ethiopia (CBE) was a pioneer in modernizing the banking sector and was the first to launch an ATM service. It has 1,500 ATMs today and over 1,000 branches.

Sending money to Ethiopia for a low fee at a great exchange rate is what Remitbee is all about. We offer easy CAD to Ethiopian birr (ETB) transfers. Your money will be sent quickly and in a secure manner directly into an Ethiopian account. Just sign up and verify your account with your family or friend's info to initiate a transfer. We’ll handle the rest.