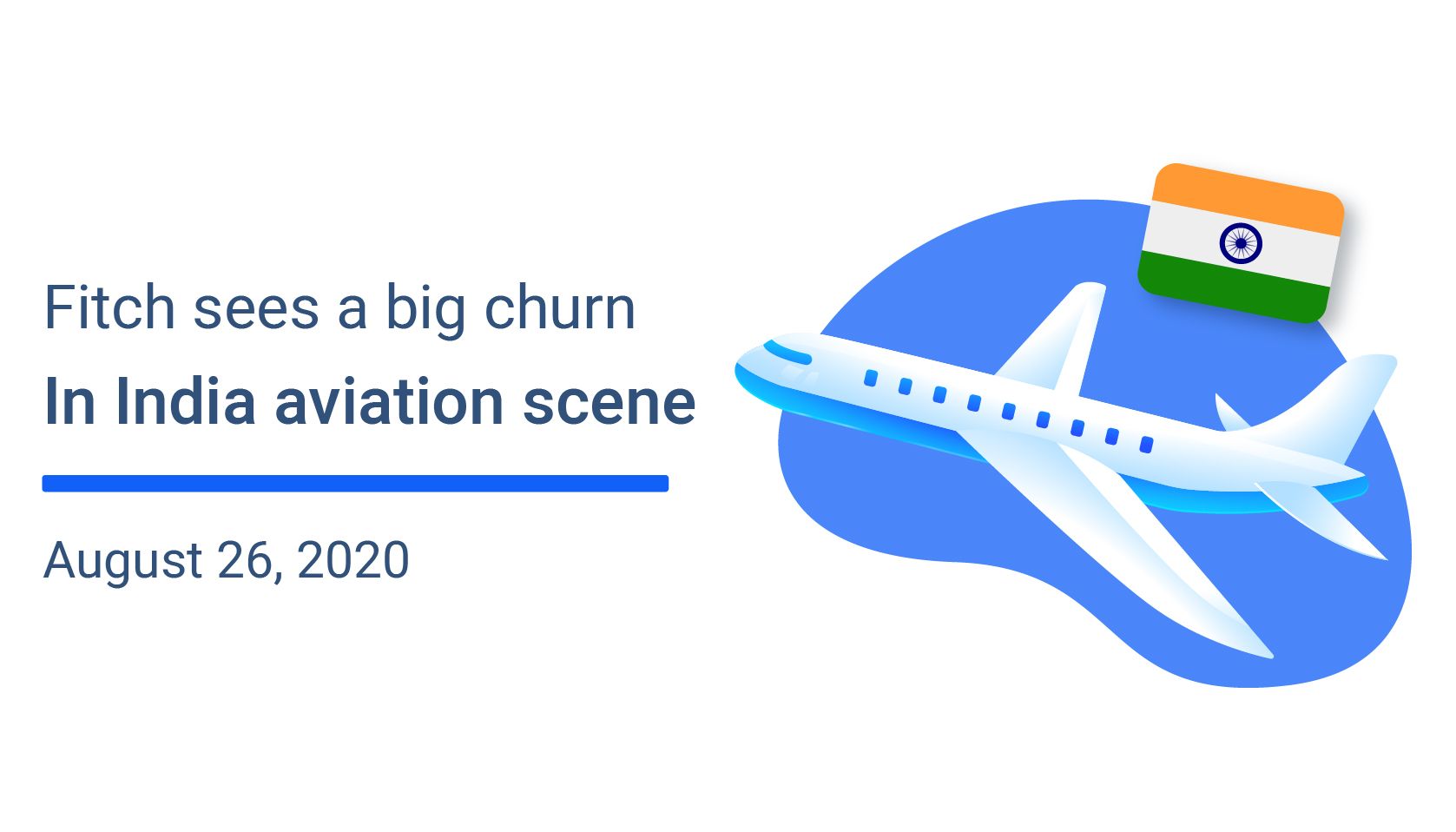 Is the airline scene in India set for a huge churning? If one were to go by their liquidity position, a churn appears inevitable.

Fitch Ratings, a leading rating agency, is convinced that change is just around the corner. “The weak liquidity position of some Indian airlines is likely to force them to curtail operations and allow stronger rivals to enhance their presence in the domestic aviation sector,” Fitch said in a report on Wednesday.

One thing is sure, though. The travel demand is unlikely to see a quick rebound anytime soon. Yet, the rating agency predicts market leaders such as Indigo to improve its show. A combination of higher market share and belt-tightening exercise would help them to improve their performance after a sharp dip in earnings in the second quarter of 2020.

“We think IndiGo is well placed to further consolidate its market position in the coming months due to the liquidity pressure at rival airlines,” Fitch said. IndiGo’s share of domestic passengers has risen to 60% by end-July 2020 from 48% in 1Q20. The Tata group is hoping to beef up its presence in the Indian aviation sector with a bid for state-owned Air India.

The group has 51% stakes in low-cost carrier AirAsia India and full-service airline Vistara. It is currently toying with the idea of putting a bid for Air India before the August 31, 2020 deadline. It may be recalled that Air India was originally owned by the Tata group before it was nationalized in 1953, The Indian government is offering 100% divestment. The disinvestment offer this time around includes the real estates of Air India.

SpiceJet has the second-largest domestic market share of 16% as of July. It is, however, facing liquidity-related challenges. SpiceJet has sought the permission of the market regulator, the Securities and Exchange Board of India, to delay the reporting of its financial results for the year ended March 2020 to July, from end-June. Another carrier, Go Air, which is privately held, has been asked by the Airports Authority of India to clear its unpaid dues and pay upfront for utilizing airport services. Overall, IndiGo seems on a better terrain relatively speaking.

The Indian government allowed domestic flight operations to resume from May 25, two months after they were prohibited. However, capacity restrictions and fare brackets remain in place. The government initially allowed carriers to deploy only 33% of their capacity in place before March 25 and this was increased to 45% in late June. Fare brackets were also put in place to prevent price spikes and help airlines cover their costs. These restrictions have been extended until November 24.

The fall in domestic air travel demand has been much sharper than the capacity cuts imposed for the industry. Domestic passenger traffic dropped by 82% year-on-year in July, and most airlines reported passenger load factors of 50%-60%, compared with 80%-90% last year. The pick-up in domestic passenger volume since end-May 2020 has been slow, with traffic increasing by only 6% in July from the previous month. “We think volume growth will remain in the single digits over the next few months, as the pandemic continues to spread in India and people forego non-essential travel,” Fitch said.