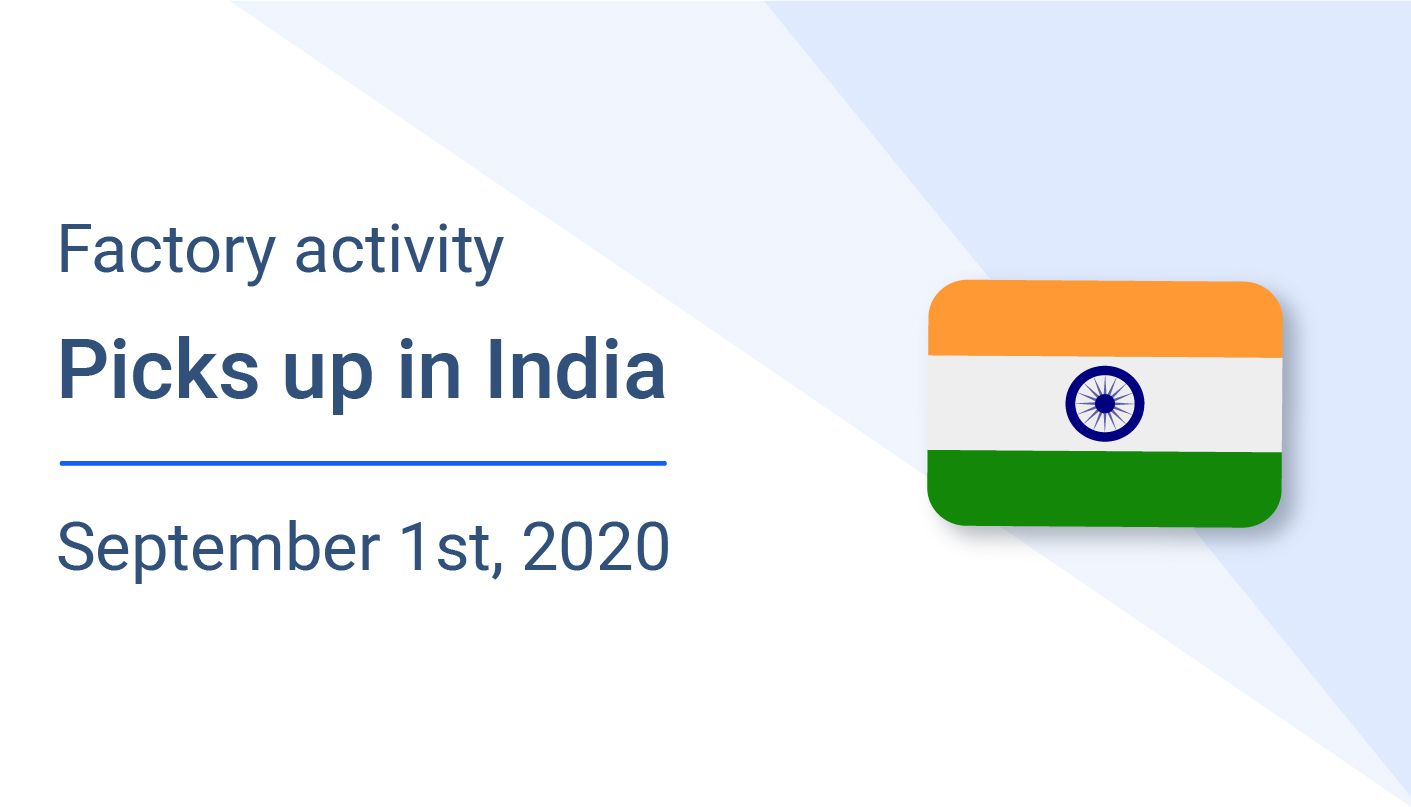 Factory activity picks up in India

Are things turning better in India? After terrible news on the first-quarter GDP (gross domestic product) growth rate on Monday, some positive indications have come in on the manufacturing front. Indian manufacturers have signaled a rebound in production volumes and new work in August, according to the latest Nikkei Manufacturing Purchasing Managers’ Index, compiled by IHS Markit.

The headline seasonally-adjusted IHS Markit India Manufacturing Purchasing Managers’ Index rose to 52.0 in August from 46.0 in July, above the 50-level separating growth from contraction for the first time since March. This indicates an improvement in operating conditions across the manufacturing sector following four consecutive months of contraction.

Does it signal a quick turnaround in the Indian economy? One isn’t quite sure at the moment, though. There are so many imponderables to contend with. The GDP contracted at its steepest pace of 23.9% annually last quarter.

For the first time since March, however, output expanded in the Indian manufacturing sector in August. Production growth was largely driven by greater client demand for Indian goods following the resumption of business operations.

While sub-indexes tracking overall demand and output rose to their highest levels since February and expanded for the first time in five months, foreign demand contracted for the sixth month in a row, its longest downturn since March 2009.

"The decline in foreign exports weighed slightly on overall new orders as firms cited subdued demand conditions from abroad. That said, the new business received by Indian manufacturers expanded at the fastest pace since February" it said.

Nevertheless, job shedding continued in the Indian manufacturing sector. The pace of contraction in workforce numbers softened from that seen in July but remained strong overall.

"August data highlighted positive developments in the health of the Indian manufacturing sector, signaling moves towards a recovery from the second quarter downturn. The pick-up in demand from domestic markets gave rise to upturns in production and input buying,” said Shreeya Patel, Economist at IHS Markit.

According to the IHS Markit survey, the Indian manufacturers remained optimistic for the next 12 months.