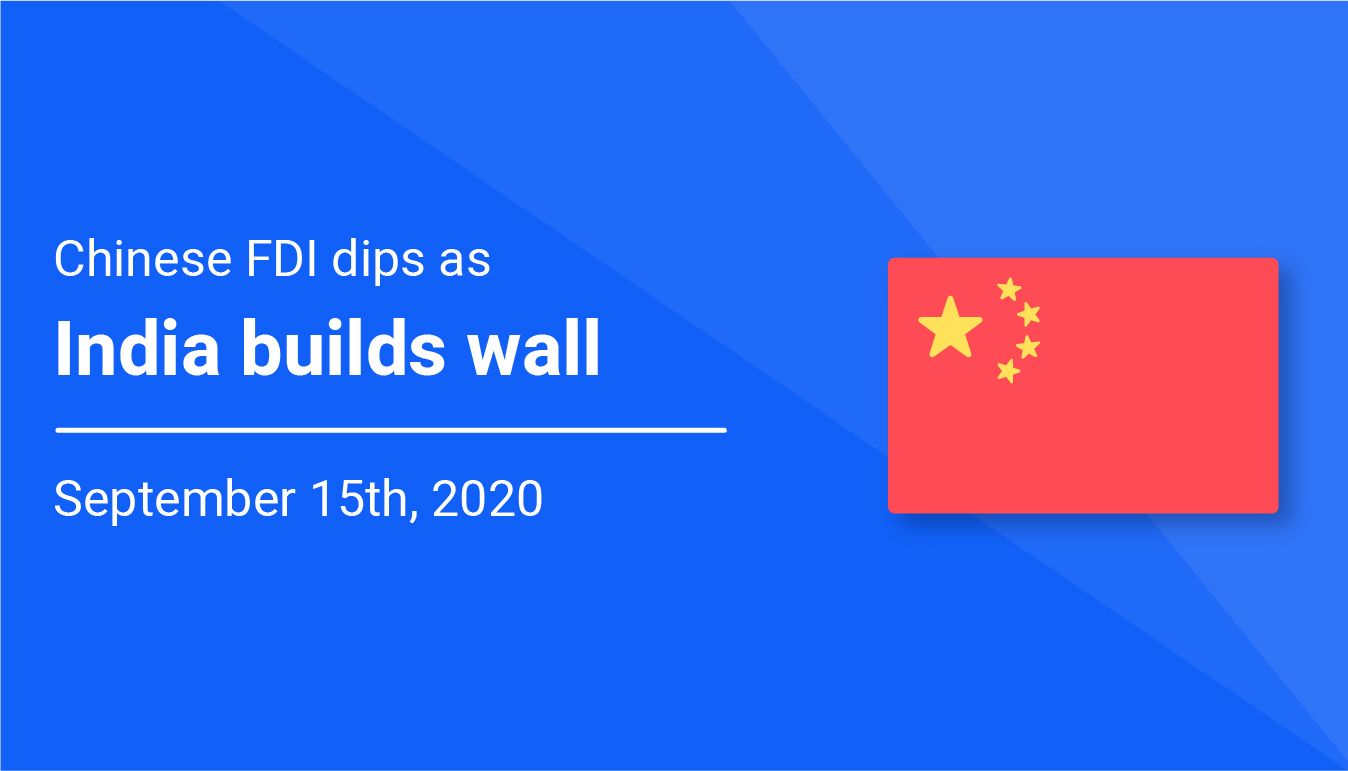 They are nuclear countries. They are neighbors, too. Yet, things haven’t smoother for them. Of late, the cordiality in their relationship has disappeared. And, both are engaged in a border dispute, which is escalating by the day. With both sides sort of taking a strident stand, the border tension is spilling over into the business terrain. India has banned several Chinese apps, including the popular Tik Tok. And, New Delhi has also blocked the participation of Chinese firms in the projects promoted by the public sector entities. With border tension persisting, the Chinese business activity in India has come under focus.

It is against these backdrops that the Indian government released data on FDI (foreign direct investment) flow from China. Clearly, the numbers show a slide over the last few years. Given the dynamics of the evolving situation in the India-China relationship, analysts and others alike predict this number to head further South.

The Indian government revealed these numbers to Parliament on Monday in a written reply to an unstarred question on investment by Chinese companies in India.

In the wake of developments in the border, many are veering round to predict that the FDI flow from China this financial year would dip drastically going forward. Efforts to restrict Chinese investments were on even prior to the outbreak of Coronavirus. The virus, in its wake, however, accentuated the pace of containment. The border tension has only seen a further tightening of the screws on FDI flow from China.

The Government introduced curbs a few months ago following the outbreak of the Covid-19 pandemic. The curbs were imposed ostensibly to block opportunistic takeovers/acquisitions of Indian companies due to the current Covid-19 pandemic. The government said a non-resident entity could invest in India, subject to the FDI Policy, except in those sectors/activities which were prohibited. “However, an entity of a country, which shares a land border with India or where the beneficial owner of investment into India is situated in or is a citizen of any such country, can invest only under the Government route. Further, a citizen of Pakistan or an entity incorporated in Pakistan can invest, only under the Government route, in sectors/activities other than defense, space, atomic energy and sectors/activities prohibited for foreign investment,” a recent government order said.

With the anti-China sentiment flooding social media, a business relationship with China is rapidly reconfigured. So much so, the Chinese telecom giant Vivo has to pull out of the sponsorship of the country’s largely popular cricketing event, the Indian Premier League (IPL). The latest edition of IPL is now being played in the UAE in the wake of the spreading virus in India.