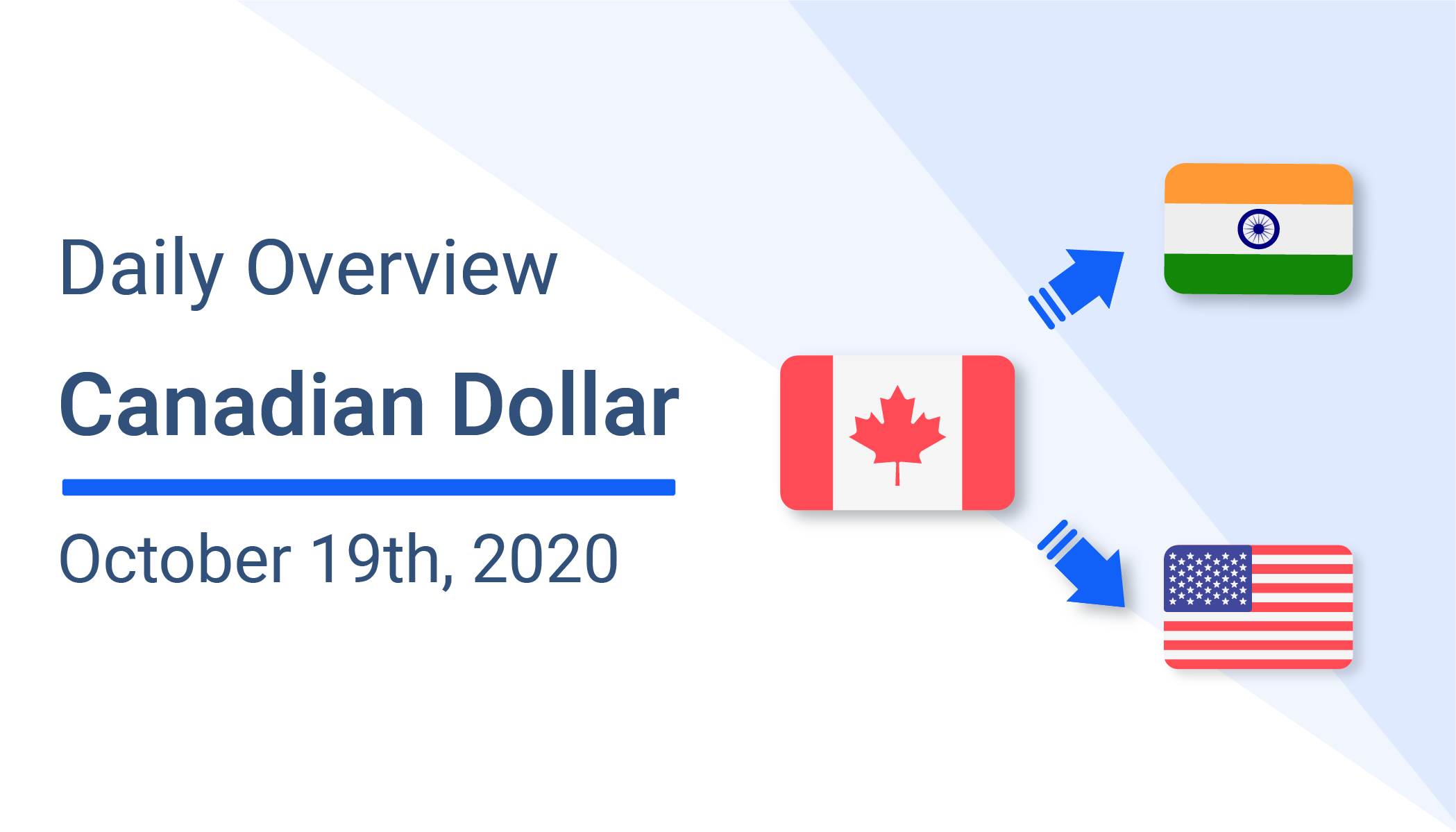 The Canadian dollar’s exchange rate is 55.65 against INR with a long-term increase expected as the month ends.

By next week the CAD to INR rate is forecasted to sit around 55.82 rupees and by the beginning of November, the Canadian dollar rate should grow to 56.31 INR.

Based on India’s climbing COVID numbers, CAD is forecasted to perform well in the coming months due to global investors dumping assets, largely emerging market holdings. Since March INR has faced a downturn but “ oil may remain one source of respite for the rupee”.

With collective drops in market caps, oil companies have created selling pressures during recent months which is leading Canadian investors to shift away from traditional big oil players according to John Ehrlichman from BNN Bloomberg.

CAD sits at 0.76 against USD, starting this week off with a hopeful and stable forecast for the Canadian dollar.

The US Dollar index has tried to reach an exponential moving average of 20 (EMA) at 93.55 but has moved below 20 EMA at 93.30 which will impact CAD due to the affiliation with natural resources.

US retail sales have increased by 1.9% in September, surpassing the target of growth at 0.7%.

The US exchange rate is 73.31 against the Indian rupee and is forecasted to have an upwards trend as Q4 ends. The opening exchange rate in January is expected to rise to 74.37, with a projected change of 0.39% moving into 2021.

Foreign direct investments (FDI) against the Indian rupee continued to decline which can be attributed to inflation and stagnation of the currency exchange rates.