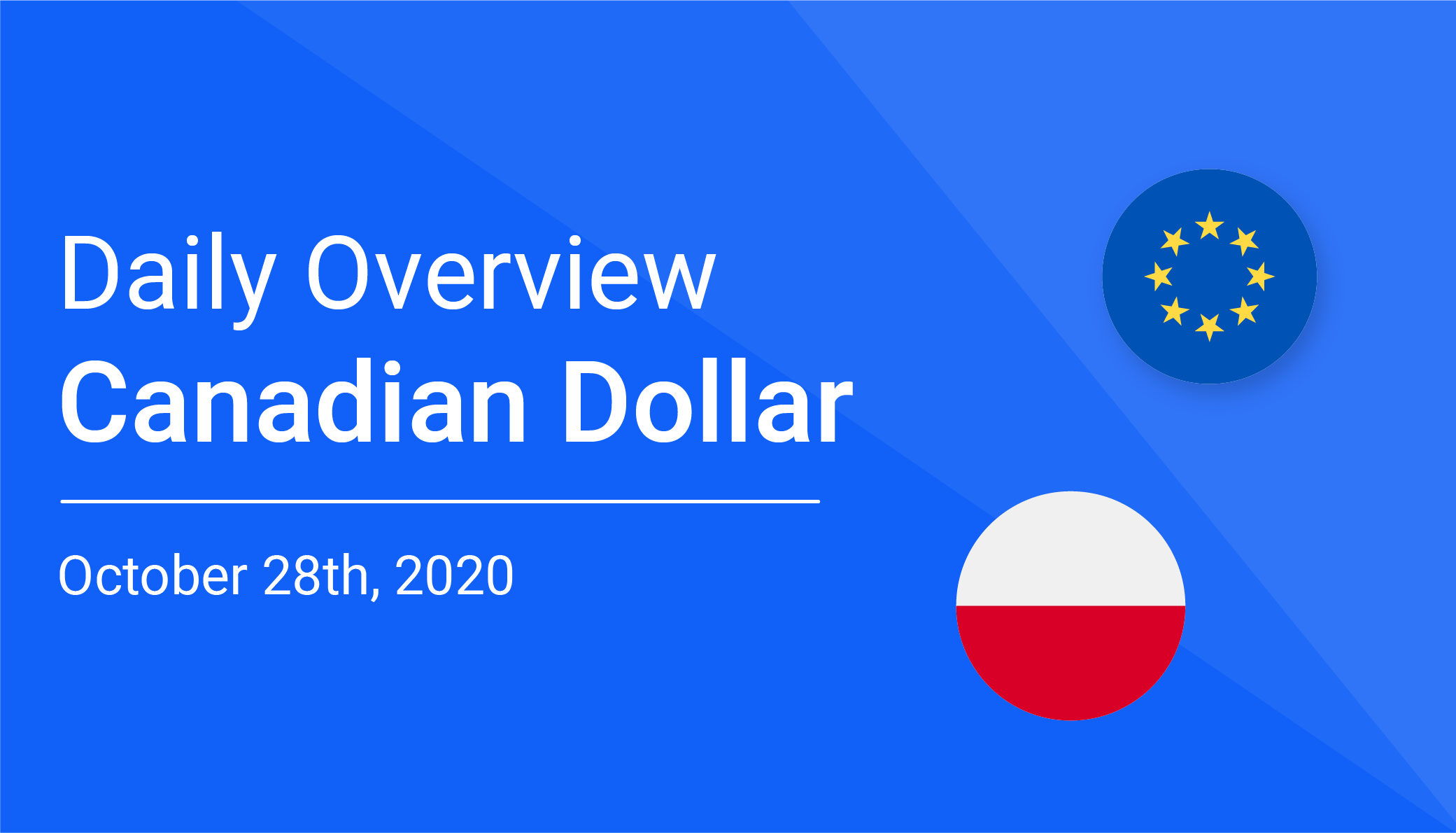 The Canadian Dollar is trading at 2.97 against the Polish Złoty on Wednesday morning.

The pair’s exchange rate has stagnated over the last year but is now showing a slight decline in the złoty moving into November.

By 2021 the currency rate is expected to reach a low of 2.43 and a high of 3.34, which means that CAD/PLN would be a good investment during this time when the market has bullish trading tendencies.

Socio-political factors may influence the polish exchange markets in the coming weeks; Polish President Andrzej Duda tested positive for coronavirus this weekend during a period of heavy social tension throughout the country.

New quarantine restrictions have sparked protests where far-right politicians, entrepreneurs, football fans, and anti-vaccinators gather without PPE during a period where COVID case and death numbers are reaching record highs.

In addition, after the Polish court declared abortions of fetuses with congenital defects unconstitutional, people have taken to the streets of Warsaw to protest against the severe restrictions placed on already strict abortion laws. The anti-government protest began on Thursday after the ridged ruling.

With two protests and an infected President, Poland’s economic status is anticipated to fluctuate as November approaches. FX Street reports that in the coming month's investors are expected to shy away from PLN with concerns about double-dipping into the eurozone during the second wave of COVID-19.

The Euro is currently trading at 4.62 against PLN, bringing the exchange rate to a low similar to what was seen in March. Economists “expect a weak złoty in the near-term and modest recovery next year.”