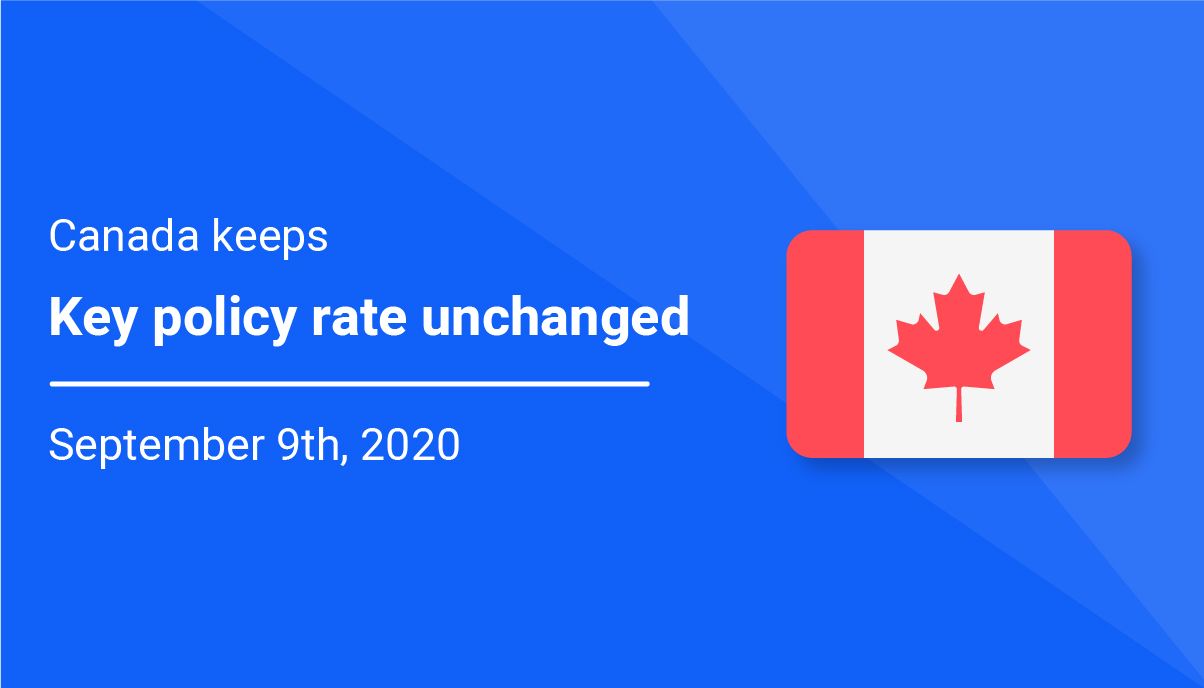 As widely expected, the Bank of Canada, on Wednesday, kept its benchmark interest rate steady at the effective lower bound of 0.25 per cent.

It has also decided to continue its quantitative easing program. It will do asset purchases of at least the Canadian dollar 5 billion per week of government bonds.

The Bank Rate and deposit rate have also been left unchanged at 0.5% and 0.25%, respectively.

“Both the global and Canadian economies are evolving broadly in line with the scenario in the July Monetary Policy Report (MPR), with activity bouncing back as countries lift containment measures. The Bank continues to expect this strong reopening phase to be followed by a protracted and uneven recuperation phase, which will be heavily reliant on policy support,” a release said. The pace of the recovery remained highly dependent on the path of the Covid-19 and the evolution of social distancing measures required to contain its spread, the release said.

“The rebound in the United States has been stronger than expected, while economic performance among emerging markets has been more mixed. Global financial conditions have remained accommodative. Although prices for some commodities have firmed, oil prices remain weak,” it said..

The real GDP of Canada fell by 11.5 per cent (39 per cent annualized) in the second quarter, resulting in a decline of just over 13 per cent in the first-half of the year, largely in line with the Bank’s July MPR central scenario.

“As the economy reopens, the bounce-back in activity in the third quarter looks to be faster than anticipated in July,’’ the bank said.

“The Governing Council will hold the policy interest rate at the effective lower bound until economic slack is absorbed so that the 2 per cent inflation target is sustainably achieved,” the bank said. It also indicated that the quantitative easing program would continue until the recovery was well underway.

The unemployment rate in Canada, in the meanwhile, dropped to 10.2% in August. The Canadian dollar was trading higher against the American currency 0.759 at 4.07 p.m. GMT.