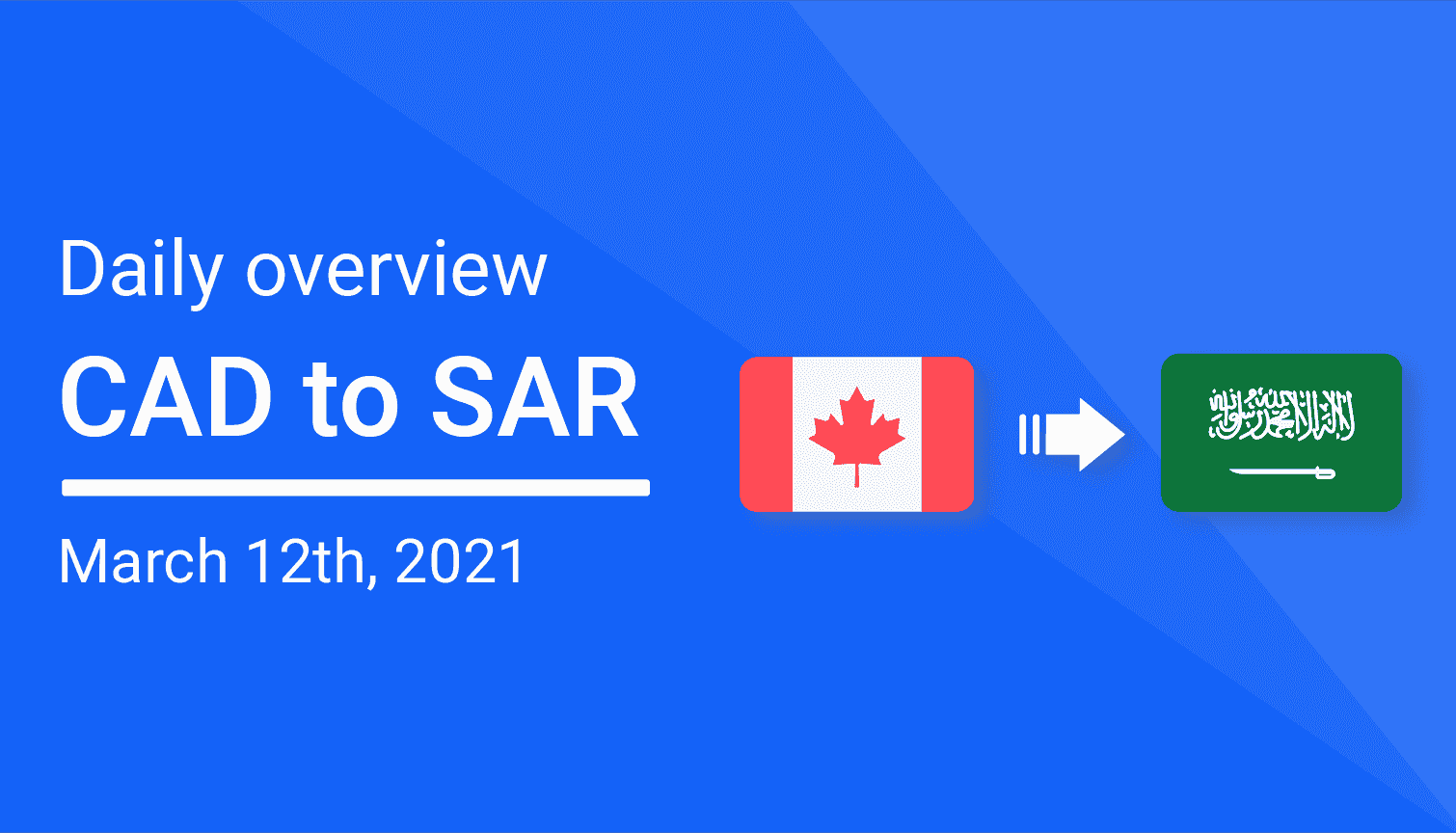 After dropping to the 2.60 range this time last year, CAD/SAR has made an impressive recovery since the beginning of the pandemic. In May 2020 CAD/SAR jumped to the 2.70 marks, then again in August to the 2.80 level. By the end of 2020, the currency pair’s exchange rate reached 2.95 and has continued to grow in 2021.

Since January CAD/SAR has moved closer and closer towards the 3.00 support level and is now sitting at the highest exchange rate seen since January 2018. The Canadian Dollar has been backed by the crude oil market for weeks now, and with Canadian businesses opening back up, CAD has been placed in a stable position moving into Q2.

BNN Bloomberg reported that “Saudi Arabia’s stocks are getting more expensive relative to their peers, buoyed by the recent oil-price rally. Stocks in the kingdom have surged 7.6% this year extending gains with oil after the Feb. 4 decision. That’s pushed the Tadawul index to 19 times its estimated earnings, about 27% higher than the MSCI EM Index.”

The oil-dependent economy has been sustained by crude oil, high barrel prices are critical for SAR since the pandemic has taken a toll on economic activity. Analysts from Goldman Sachs Group Ince. To JPMorgan Chase & Co have “raised their estimates for Brent crude for the medium-term following the OPEC+ meeting, with the former seeing prices at $80 a barrel by the end of the third quarter. Brent ended at $69 a barrel last week” which has been beneficial for CAD market success.