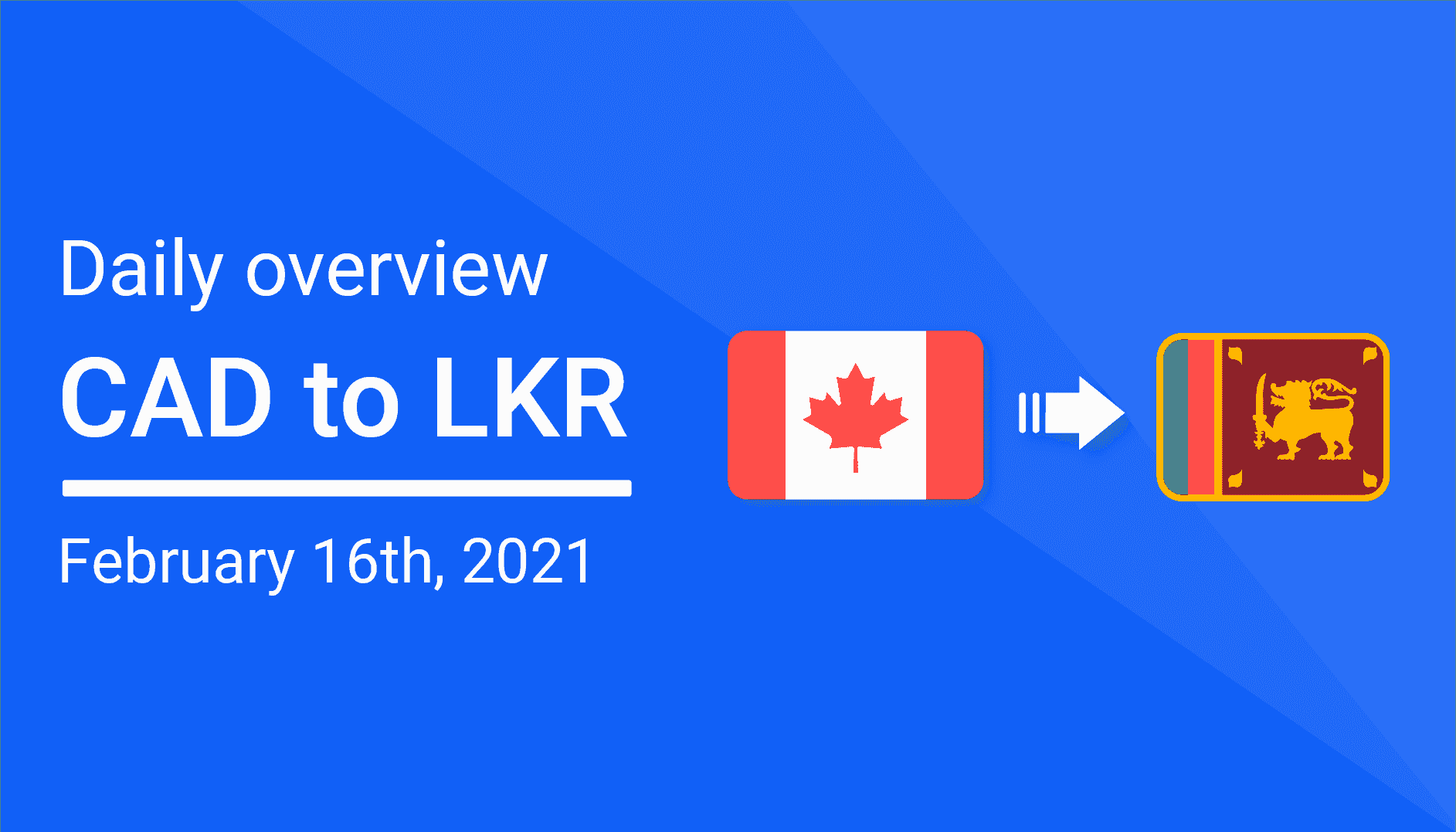 Despite the pandemic causing prolonged economic turbulence, CAD/LKR has managed to sustain long-term growth, reaching the highest exchange rate seen in five years. In 2017 the currency pair was trading within the 111.00 range, then jumped to the 120.00 level in 2018. In 2019 CAD/LKR reached the 130.00 support level and continued to climb to the 140.00 level by the end of 2020.

CAD/LKR experienced bullish growth in January, increasing quickly from the 146.00 level to 155.20. At the beginning of February, the pair lost some ground, dipping below the 150.00 range but since has been moving in an upwards trend back towards the 155.00 level.

LKR has experienced monthly lows for a consecutive session, this strain can be linked to declines in Sri Lankan industrial and financial stocks.

The loonie has been a top performer against a broad basket of currencies due to higher oil prices; ForexLive reported that “WTI reached as high as $60.95 but has slipped back to $60.13 as traders in a thin market survey the scene in Texas where oil and gas production is being shut in record heating demand.” Though Canada is experiencing cooler climate conditions it has been “business as usual” for oil production in the Prairies.

“The move-in CAD is more of a catch-up trade to the recent leg higher in crude” and traders are hoping that in the coming weeks Canada will be a big winner in any kind of “commodity supercycle.”