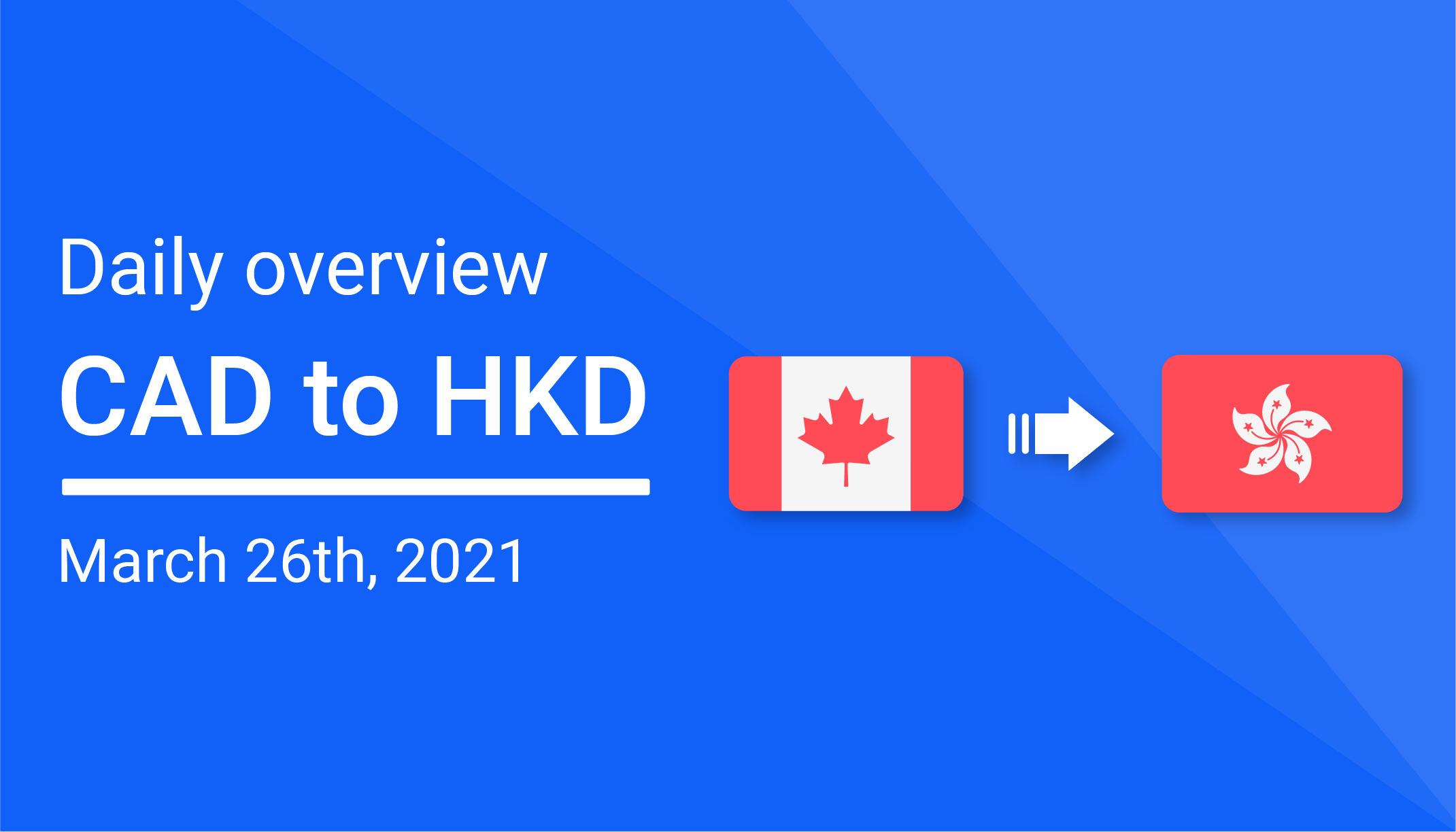 Last March CAD/HKD exchange rate dropped to 5.36 but has been increasing month to month over the last year. By the end of May 2020, the currency pair rose to the 5.70 level and then jumped again to the 5.90 mark in August.

By December 2020 CAD/HKD reached the 6.00 support level and rose again to the 6.10 level in February 2021. The new year has traders hopeful that CAD/HKD will continue the same level of growth; by mid-March, the pair jumped to the 6.20 level but has fallen slightly to the higher end of the 6.10 support level.

CAD/HKD is positioned better than it was pre-pandemic and is now sitting at the highest exchange rate seen since April 2018 which has bulls hopeful that this growth will be sustained in the long-term.

The loonie continues to be backed by crude oil and energy which is forecasted to last moving into Q2. Along with the ongoing success of COVID-19 vaccine distribution, the North American currency is expected to rally in the coming weeks as more economic stimulation is facilitated.

Hong Kong has been experiencing issues with the distribution of their Pfizer vaccines due to defective packaging, Global News reported that “the suspension of the Pfizer jab means the only vaccine currently offered to residents in China’s Sinovac vaccine” which slows down their rate of recovery and places them in a less favourable economic position compared to countries such as Canada.