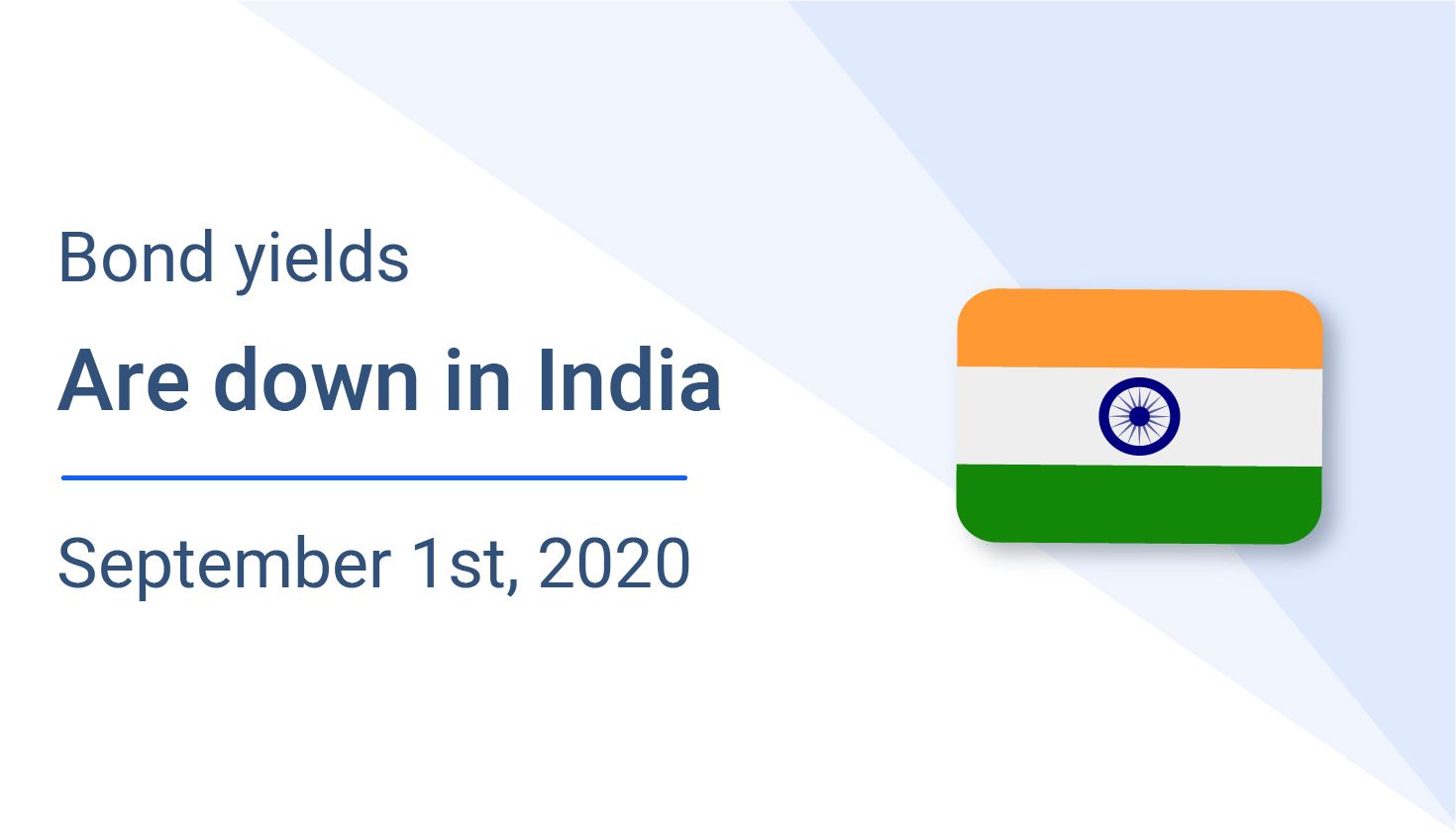 Bond yields down in India

A day after India reported the steepest ever contraction in GDP (gross domestic product), the markets witnessed quite an action on all fronts.

Amidst this, all-round action, the headline seasonally-adjusted IHS Markit India Manufacturing Purchasing Managers’ Index rose to 52.0 in August from 46.0 in July, above the 50-level separating growth from contraction for the first time since March.

The benchmark 10-year bond yield dropped to close at 5.94%. The Reserve Bank of India, on Monday, said that it would purchase and sell government bonds simultaneously through two more tranches of open market operations in its ‘Operation Twist’. It also eased the held-to-maturity (HTM) limits for bond holdings by banks.

Indian Rupee firms up against US dollar

The RBI indicated that the recent appreciation of the rupee was working towards containing imported inflationary pressures. This observation sort of made traders to presume that the RBI would moderate its aggressive buying of dollar purchase.

Consistent operation twists and relaxation in the HTM limit are helping to flatten the yield curve.

Indeed, the GDP contraction was more than bargained for. Perhaps, this was aiding the sentiment for bonds. Given the dismal GDP number, there are fresh hopes that the RBI would cut the interest rates in the coming months. On Monday, India reported that its economy had shrunk 23.9% in April-June.

The Indian bourses, in the meanwhile, regained ground on Tuesday after a massive fall on Monday, triggered primarily by the fresh stand-off at the border between India and China. Sensex gained 272 points on the first day of September to end at 38,900. The benchmark index had touched the day's high of 39,226.82 after the country’s highest court granted telecom operators 10 years for staggered payment of AGR (adjusted gross revenue)-related dues. Nifty closed at 11,496 points, up 100 points, or 1%. On the index, 35 stocks gained, while 15 declined. Nifty Bank, Metal, and Pharma were the biggest sectoral gainers.