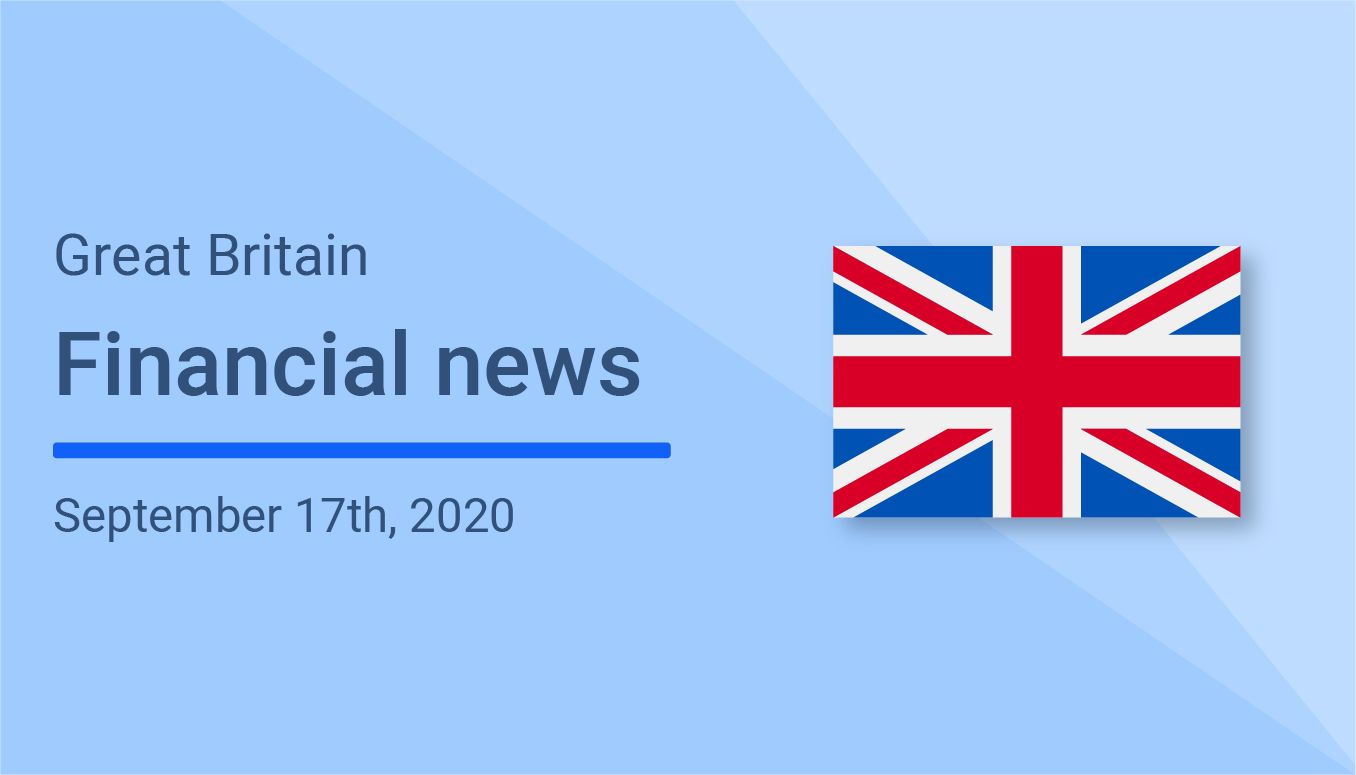 The Bank of England said that it had briefed its policy-setters (Monetary Policy Committee) on how they could consider a negative interest rate (below zero) should the outlook for inflation and output warrant it at some point during the current period of low equilibrium rates.

The Committee, it is pointed out, had discussed its policy toolkit, and the effectiveness of negative policy rates in particular, in the August Monetary Policy Report, in light of the decline in global equilibrium interest rates over a number of years.

The BoE said on Thursday that it would “begin structured engagement on the operational considerations in 2020 Q4”.

Analysts read in this some sort of an indication that it could look at ways to take the rates below zero without hurting banks’ ability to lend and damaging the recovery should there be a necessity.

“Recent domestic economic data have been a little stronger than the Committee expected at the time of the August Report, although, given the risks, it is unclear how informative they are about how the economy will perform further out,” Bank of England said.

Nevertheless, the spurt in Covid-19 cases has been a cause of concern for them. “They have the potential to weigh further on economic activity, albeit probably on a lesser scale than seen earlier in the year. As in the August Report, there remains a risk of a more persistent period of elevated unemployment than in the central projection,” it further said.

“The Committee will continue to monitor the situation closely and stands ready to adjust monetary policy accordingly to meet its remit,” the BoE said. “The MPC will keep under review the range of actions that could be taken to deliver its objective,” it added.

Britain saw its economy contract by 20% in the April-June quarter. Like its peers elsewhere in the globe, the British central bank has been toying with assorted permutation and combinations within its limited headroom to navigate the current economic slump caused by the spreading Coronavirus.

Many analysts were expecting the British central bank to increase the size of its bond-buying program in November.

All members of the committee, however, were unanimous that the existing stance of monetary policy remained appropriate. The voted for maintaining the bank rate at 0.1%. “The Bank of England should continue with its existing programs of UK government bond and sterling non-financial investment-grade corporate bond purchases, financed by the issuance of central bank reserves, maintaining the target for the total stock of these purchases at £745 billion,” the Committee said.

The Committee did not intend to tighten monetary policy until there was clear evidence that significant progress was being made in eliminating spare capacity and achieving the 2% inflation target sustainably.

Fed to keep rates near zero

On Wednesday, the U.S. Federal Reserve promised to keep rates near zero per cent until inflation is on track to “moderately exceed” its 2% inflation target “for some time”.

The Fed statement reflects the U.S. central bank’s new long-term policy framework in which officials will allow inflation to overshoot their 2% target after periods of under-performance. That shift was announced last month at the central bank’s annual policy conference.

The Fed, on Wednesday, reiterated that it would deploy its full range of tools to support the economic recovery. It further indicated that it will continue buying Treasuries and mortgage-backed securities “at least at the current pace to sustain smooth market functioning.” A separate statement on Wednesday pegged those amounts at $80 billion of Treasuries a month and $40 billion of mortgage-backed securities.

The Bank of Japan (BOJ) also held on to its key interest rate and its asset purchases policy. It upgraded its assessment of Japan’s economy and said that the economy had started to pick up.

Stocks in major Asia-Pacific markets, too, declined as investors reacted to the outcome of the Fed meeting outcome. Markets in Japan, Hong Kong and Korea were down around 1%.

Indian Rupee slips against US Dollar

The Indian rupee depreciated 24 paise to 73.76 against the U.S. Dollar in opening trade on Thursday tracking muted domestic equities and strengthening American currency. At the inter-bank forex market, the local unit opened on a weak note at 73.70, then fell further to 73.76, registering a fall of 24 paise over its last close. On Wednesday, the rupee had strengthened by 12 paise to 73.52 against the U.S. dollar.

The Indian central bank, the Reserve Bank of India, in the meanwhile, announced the straight purchase of government securities worth ₹10,000 crores through open market operations. The RBI said that it would purchase long-term securities maturing in 2026, 2029, and 2031.

“In a review of the current liquidity and financial conditions, the Reserve Bank has decided to conduct the purchase of Government securities under Open Market Operations (OMOs) for an aggregate amount of ₹10,000 crores on September 24, 2020," the central bank said.

Since March, RBI has conducted several simultaneous purchase and sale of government securities under open market operations. RBI’s simultaneous sales and purchases of government securities, termed 'Operation Twist’ are primarily aimed at managing the yields in the market. By tweaking long-term yields, RBI wants to lower the long-term interest rates to stimulate the weak economy. During 2020-21 (up to July 31), the RBI has injected ₹1,24,154 crore through open special market operation (OMO) purchases.

According to a study published by the RBI in the annual report, the announcements on Operation Twist conducted from December to June have resulted in a cumulative fall in G-sec yield by 23 basis points

The Reserve Bank had last used this tool in April and July of this fiscal year to accelerate the monetary transmission in the system.

Notwithstanding the RBI announcement on Thursday on fresh bond buying, the yield on the benchmark 10-year government securities stayed above the 6% level at 6.03%.

The global services trade appears to be exhibiting a degree of resilience in the face escalating Covid-19. Though

world services trade likely remained far below trend through the second quarter of 2020, the latest reading from the WTO Services Trade Barometer shows modest gains in some key sectors. It shows a reading of 95.6 on September 17.

It is the weakest on record for the index and significantly lower than its baseline value of 100.

The services trade activity index, which provides an approximate measure of the volume of world services trade, registered a year-on-year decline of 4.3% in the first quarter of 2020. While substantial, this decline is smaller than those seen during the financial crisis over a decade ago, when services trade fell by 5.1% in the first quarter of 2009 compared to the previous year before registering an even bigger 8.9% slump in the second quarter. “Services trade growth had been slowing in the second half of 2019, and the recent contraction in services trade reflects a weakening pace of global economic growth as well as the early stages of the COVID-19 pandemic,” the WTO said. While the index is expected to remain below trend into the second-half of the year, a recovery in passenger air transport would make a powerful contribution to a turnaround.

Readings of 100 indicate growth in line with medium-term trends. Readings greater than 100 suggest above-trend growth while those below 100 indicate the opposite.