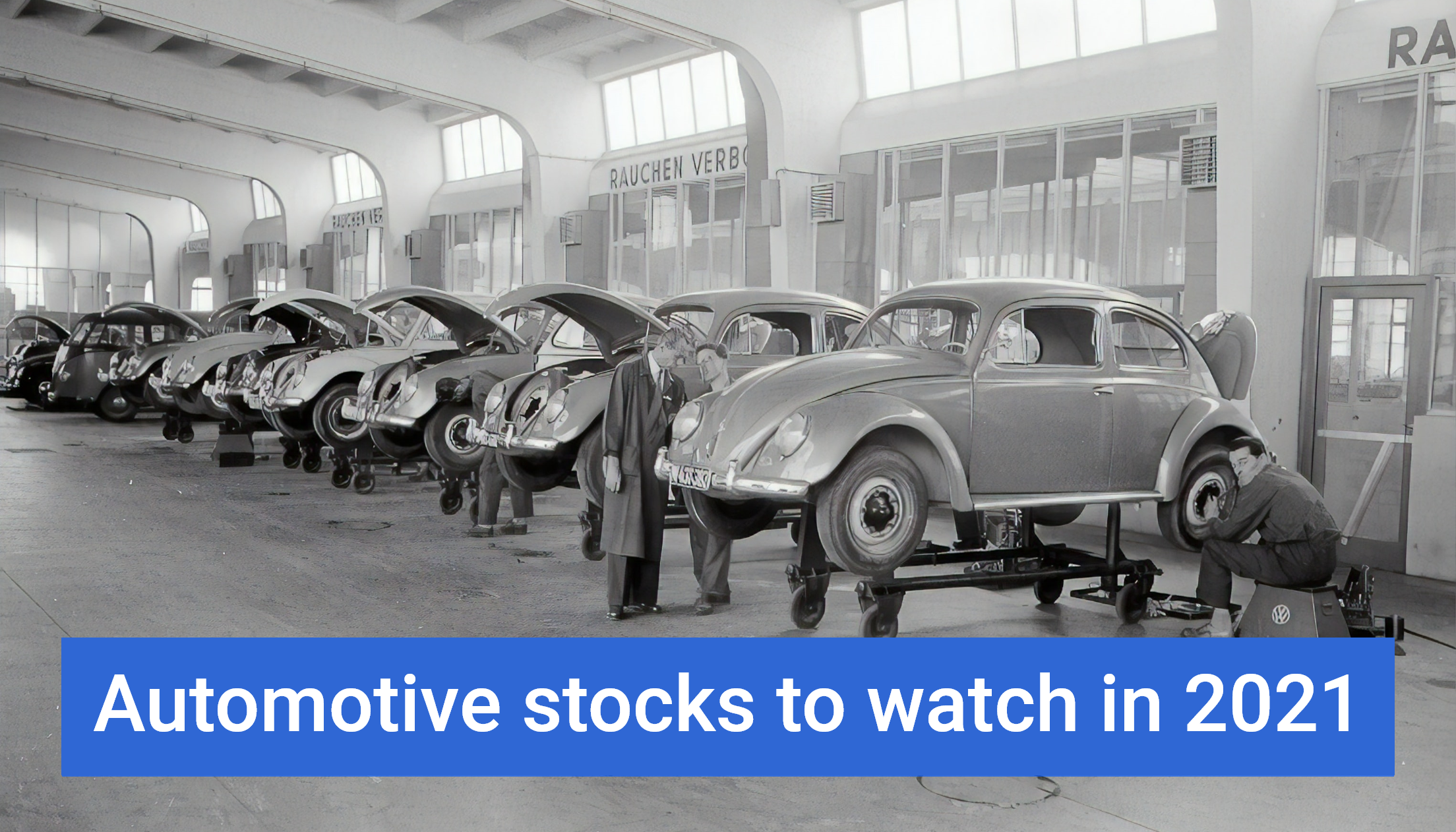 Automotive stocks to watch in 2021

Since the beginning of the COVID-19 pandemic, automotive stocks have been in flux as many manufactures were forced to stop production since March, but there are many auto companies that have steered focus towards renewable energy and have seen impressive market gains.

Of course, Tesla (NASDAQ: TSLA) was a market leader throughout the year, “shares of Tesla rose to all-time highs last week as many funds that mimic the S&P 500 holdings were adding the automaker’s shares to their fund.” S&P Global planned to add Tesla stock to the index and since the market-cap, “Tesla is the fifth-largest holding in the index.” At the beginning of this week investors are seeing the sock decline almost 6.3% but this should not impact long-term success.

General Motors (NYSE: GM) has been an automotive giant for decades, the manufacturer is now shifting focus to Electric Vehicles (EV) in the future with hopes that by 2025 EV’s will be at least 40% of the company’s offerings. InvestorsPlace reported that “GM is up nearly 25% in the past year and 51% in the past three months”, the stock has risen 190% to $41.44 a share which would be a beneficial investment for bullish traders in the future.

Toyota Motors (NYSE: TM) has faced some challenges against its competitors due to volume, if the manufacturer ends up being a “premium maker of low-maintenance vehicles”, it then becomes hard to see where service revenue derives from. The company’s stock has dropped 1.4% over the last year but “has maintained its dividend unlike its US peers” with a 3.1% yield.

Ferrari (BIT: RACE) stocks have peeked investors interest this year; along with appareling the company’s luxury cars and Formula One team has led to the success of their shares after Q2; “the company does about $1 billion in annual sales, but it has a $53 billion market capitalization.” Ferrari’s stock grew 25% in the last year and is forecasted to maintain growth in 2021.

Harley Davidson (NYSE: HOG) has been moving into the renewable energy space as the manufacturer has been investing in “new lines of electric motorcycles and sport bikes for urban and suburban commuters”, with hopes to engage a new wave of consumers. Over the last year, HOG is up 11% and 40% in the last three months, making it a worthwhile long-term investment.

Geely (OTCMKTS: GELFY) is a Chinese company to watch out for, their stock “surged nearly 50% in the past 30 days to close at $62.05 per share” which occurred after the company was said to partner with Daimler to build “next-generation combustion engines for use in hybrid vehicles.”

Tata Motors (NSE: TATAMOTORS) is an Indian-based auto manufacturer that owns both Jaguar and Land Rover, the company has been around since 1945 but recently made strides to diversify themselves in the Asian market. The stock is an underrated choice, with shares up nearly 15% in the past year. As the global economy begins to recover in the coming months, traders will be watching to see if the stock continues gaining momentum.

NIO Inc. (NYSE: NIO) is also a company to watch moving into 2021. The electric-vehicle manufacturer stock grew 1,044% year-to-date, “Investors are clearly enthused about the prospect of EVs coming to dominate the auto landscape. According to the Society of Automotive Engineers of China, new energy vehicle sales should catapult from 5% in 2020 to roughly half of all vehicles sold in China by 2035.” NIO’s Battery as a Service (BaaS) places the company in a unique position as the subscription battery service comes with charging equipment and a battery pack that can be replaced with ease. The BaaS plan also automatically upgrades your universal batteries when new ones are manufactured.

With deliveries passing 2019 expectations in the last two quarters, share prices have continued to increase, “NIO has taken the opportunity to raise additional capital and secure funding for innovation and capacity expansion.” Traders will be keeping a close eye on the company due to the overall market growth; at the beginning of the year NIO was trading at $3.50 a share and today is now trading at around $45.