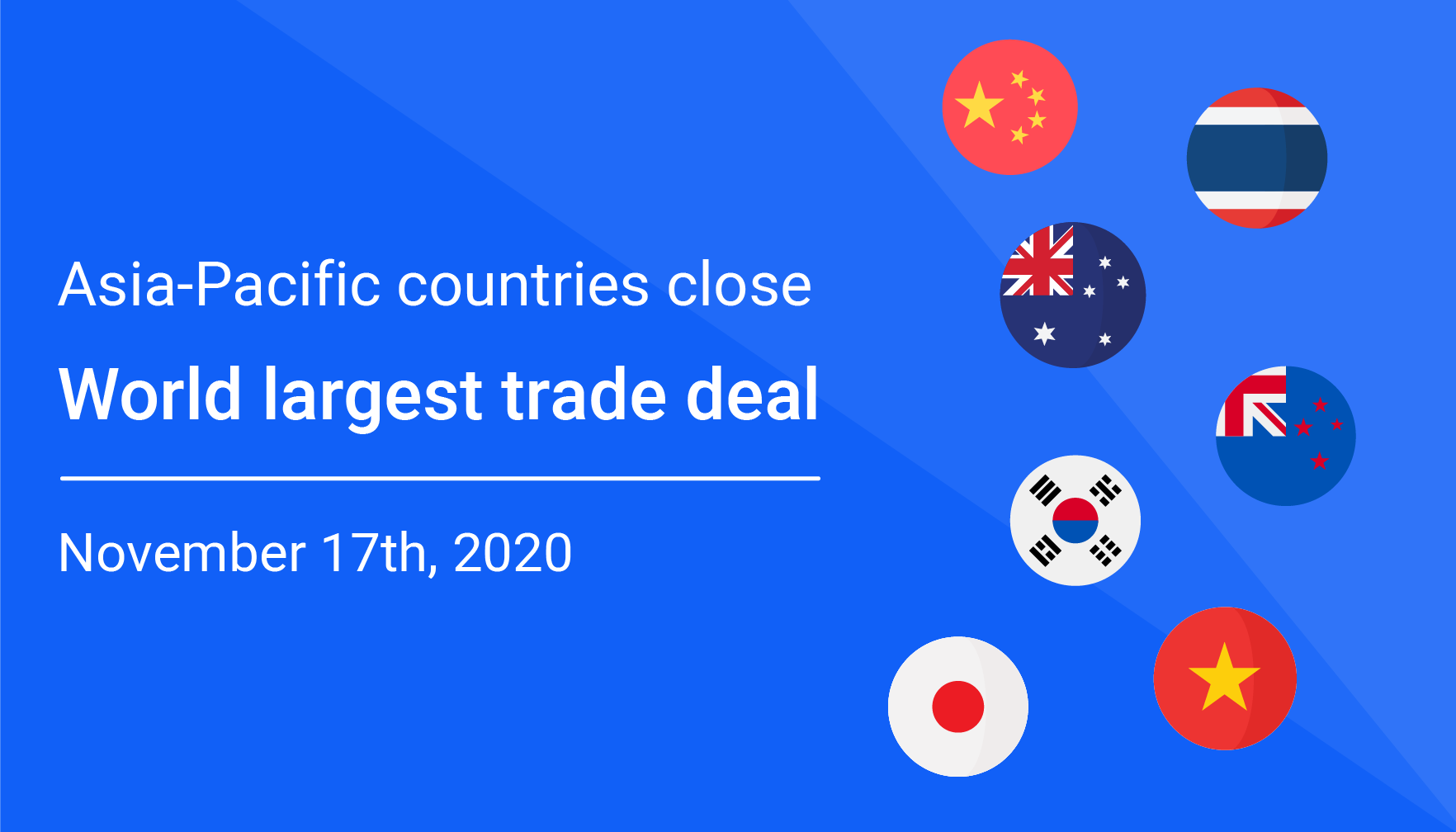 On Sunday countries including China, Japan, South Korea, Thailand, Vietnam Australia, and New Zealand have signed a trade agreement that that has been in the works since 2012.

“The Regional Comprehensive Economic Partnership spans 15 countries and 2.2 billion people” which is nearly a third of the world’s population; the companies GDP reaches $26 trillion which is almost 28% of global trade according to CNN.

The deal was signed on the last day of the 37th Asian Summit which was hosted virtually by Vietnam. “The completion of negotiations is a strong message affirming Asean’s role in supporting the multilateral trade system” stated the Vietnamese Prime Minister Nguyen Xuan Phuc. BNN Bloomberg also reported that he said the agreement will contribute to “developing supply chains that have been disrupted due to the pandemic as well as supporting economic recovery.”

The 10 countries a part of the Association of Southeast Asian Nations signed the agreement with hopes to eliminate tariffs and quotas up to 92% within participating countries along with “stronger provisions to address non-tariff measures, and enhancements in areas such as online consumer and personal information protection, transparency and paperless trading.” This also includes 65% of traded goods in the services sector which will be completely open with increased foreign shareholding limits.

The Regional Comprehensive Economic Partnership, or RCEP, needs a minimum of 6 Asian countries and three non-Asian countries to seal the deal. Chan Chun, Singapore’s Minister of Trade and Industry reported that the country plans to approve RCEP in the coming months. Malaysia also expressed support for the deal and welcomes countries such as India to the RCEP in the future.

Last year India bowed out of the agreement which could pose long-term trading consequences globally. Asia Pacific chief economist at S&P Global Ratings Shaun Roache said that “the clause allowing India to join at a later date is symbolic and shows China’s desire to build economic bridges with the region's third-largest economy.”

The US also is not involved in the deal but there is the economic impact anticipated globally especially due to the recently tense relationship the US has with China. With Biden taking over the White House in January, there is hope that both political and trade relations between the superpowers will improve.

Post-pandemic the participating nations are waiting to see economic recovery moving into 2021; Australian farmers will benefit from RCEP as exporting opportunities and investment certainties should improve, Indonesia will have help post-pandemic with a 0.05% GDP increase, and Japan hopes to use the pact to help recover from the coronavirus economy as well. China expects the country’s market to become more competitive while creating an integrated market.

“Over the past years, there have been several ups and downs and it has certainly not been an easy journey,” Chan Chun said. “At one point, the prospects of concluding the agreement were shaken by geopolitical and domestic preoccupations. We have all had to make difficult trade-offs to advance the negotiations.”

The countries involved in the pact released a joint statement saying that the deal “will play an important role in building the region’s resilience through an inclusive and sustainable post-pandemic economic recovery process.”