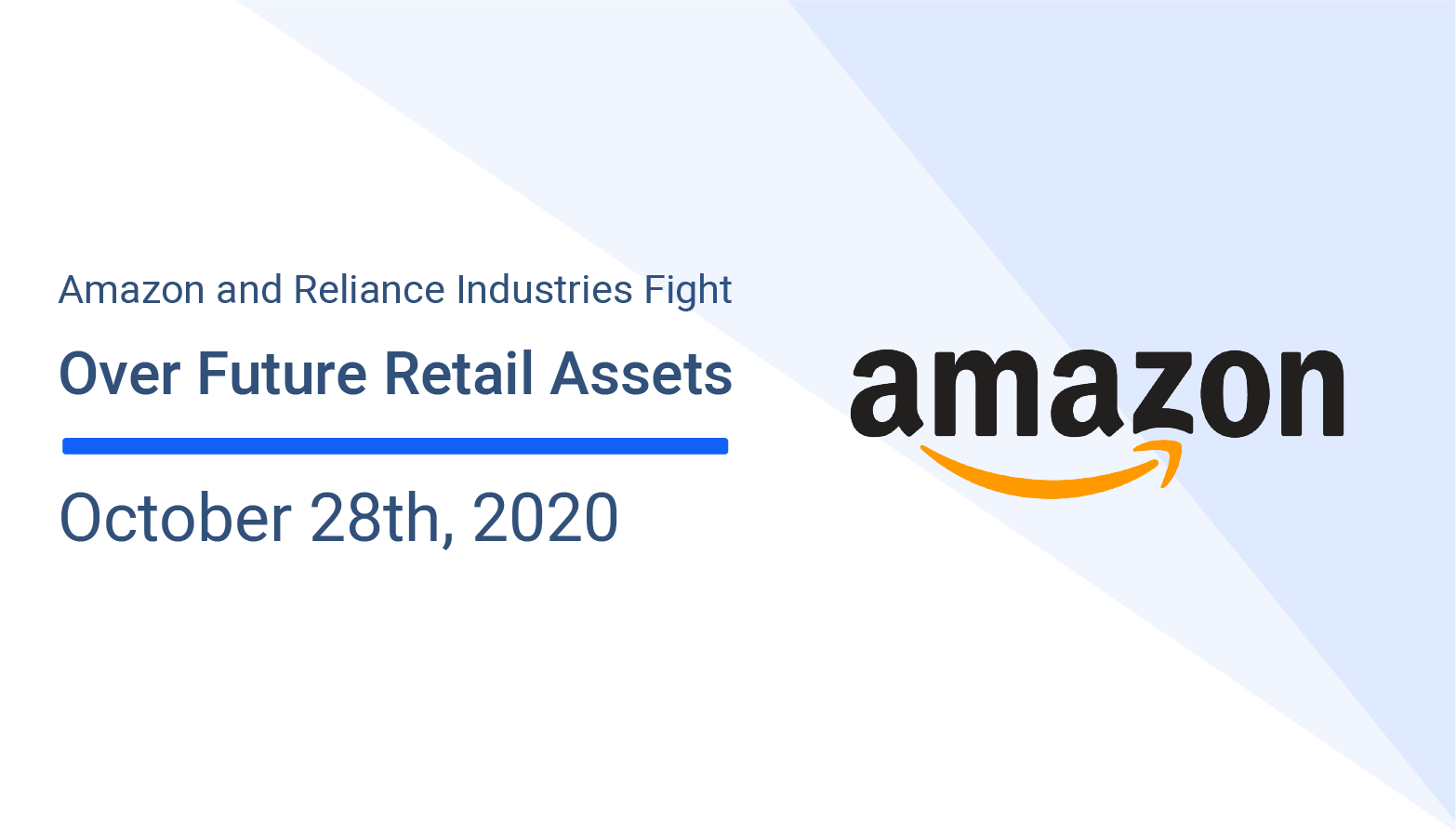 There has been turbulence between the US and India as Indian based company Future Retail Ltd (FRL) is currently caught in the middle of a legal dispute between Amazon and Reliance Industries as they aim to sell their assets by the end of the quarter.

In August FRL decided the company would sell its retail, wholesale, logistics, and warehousing businesses to Reliance for $3.38 billion, Reuters reported. This has sparked a legal battle between two of the richest men in the world, Amazon’s CEO Jeff Bezos and Reliance’s chairman Mukesh Ambani.

On Sunday Amazon won an injunction from Singapore’s International Arbitration Center to stop the sale of Future’s assets to Reliance. Bezos has sparked recent tension because FRL’s sale to Reliance violates previous contractual promises to his company.

Amazon “acquired an indirect minority stake in the retail and fashion conglomerate last year”, the details of the 2019 deal prove that FRL has breached certain contract provisions that Amazon has made clear, including “a right of first offer and non-compete clause.”

Bezos argues that their deal with FRL also included clauses stating that the Indian company is not allowed to sell their retail assets to anyone operating under the supervision of Ambani’s empire.

An FRL representative told the arbitrator V.K. Rajah, a former attorney general of Singapore that “if the transaction falls through, FRL will go into liquidation”, meaning more than 29,000 of Future’s employees will be laid off.

The FRL-Reliance deal hoped to secure the interest of stakeholders and support Indian businesses, but Rajah ruled that “economic hardship alone is not a legal ground for disregarding legal obligations.”

Corporate lawyer at Indian law firm Amicus, Murali Neelakantan said that “if Amazon doesn’t get an injunction against the deal proceeding in India they will probably just get damages even if they win the final arbitration.”

This is a critical battle for Amazon as India’s eCommerce economy is largely supported by Reliance with $18.5 billion in sales last year. “Now with the kind of funding Reliance has got, it’s evident that they will play in the same online markets as Amazon and Flipkart,” said Bernstein’s Rahul Malhotra in Mumbai.

Ambani is hoping to take over the rest of India’s online market, 70% of which is currently controlled by Amazon and Walmart-owned Flipkart. The fight over Future Retail has Bezos more hesitant to partner with Ambani than ever before since the Indian billionaire is reluctant to hand over the majority of the control to the American company.

FRL controls high-profile retail brands such as Big Bazaar and Foodhall and if Future’s assets are sold to Reliance the corporation would control up to 40% of the country’s formal grocery market according to the Financial Times.

Neil Shah, an analyst at Counterpoint in Mumbai says that “Amazon might put a spanner in the wheel to try and slow down the Reliance expansion, but Reliance is making big moves and is a big threat. The ball is in Mr. Ambani’s court.”

Reliance and FRL stocks dropped this week as the deal drags on; both companies hope to reach a deal quickly before shares fall even farther.