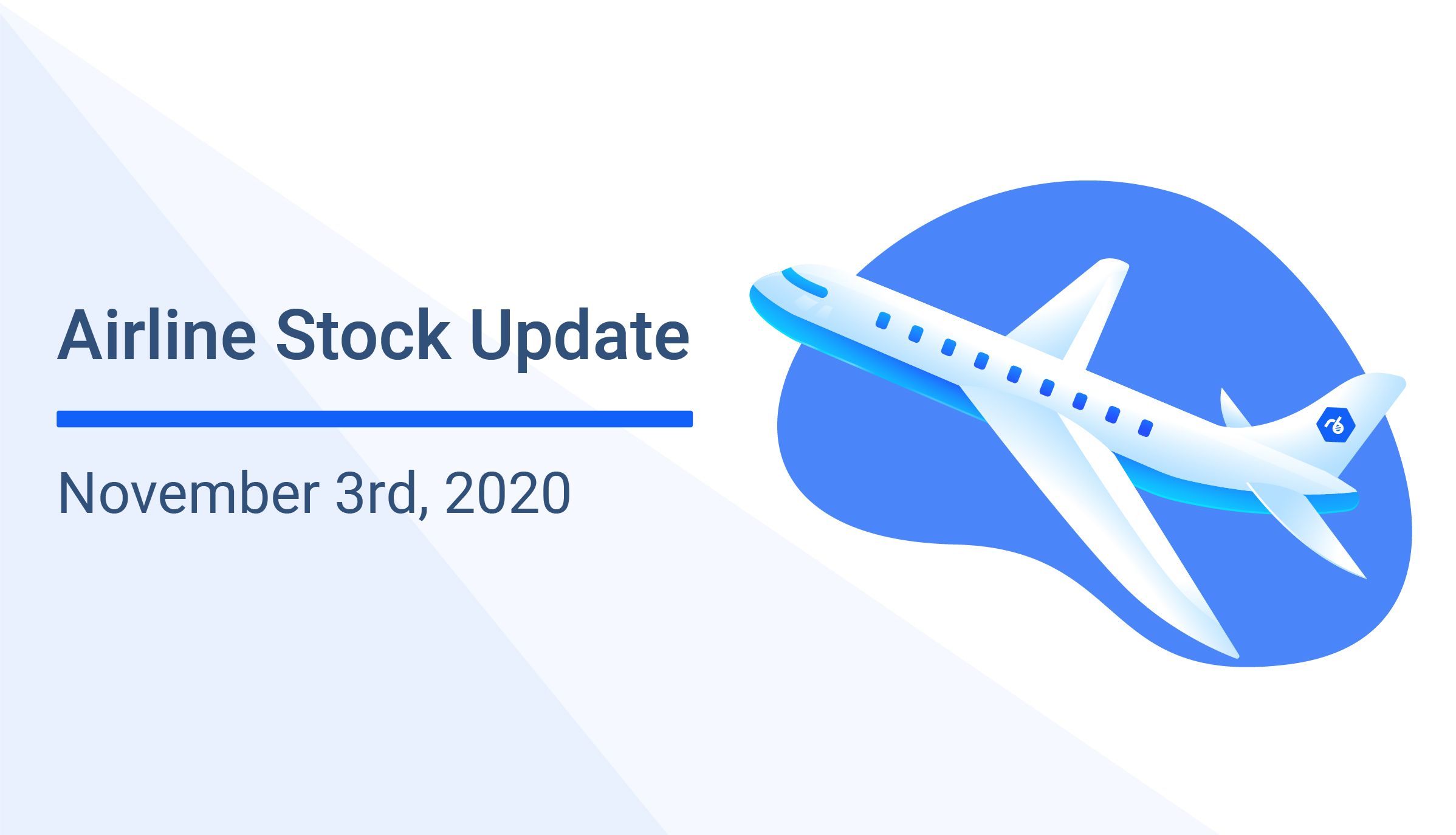 Since March airlines all over the world have suffered major hits due to COVID-19 travel restrictions. With a second wave of the virus, new lockdown measures are being implemented in countries such as France, Germany, and the United Kingdom. The US presidential election is placing airline stocks under even more stress, resulting in traders feeling uneasy about what FY21 will look like globally.

If Democrats win the White House, a stimulus package will be secured, providing more aid to the airline industry, but the deal won’t be approved until the beginning of 2021. Included in the package are some strict financial conditions and environmental rules which the Democrats have been pushing for.

Raymond James, airline analyst writes that “while negotiators are striking a more optimistic tone, our Washington policy analysts continue to see the post-election period as the earliest chance of finalizing a deal with risks remaining in this scenario tied to the election outcome.”

“Either way, aid for the industry will be in a holding pattern for weeks, if not months, pending the election results. And despite a relatively strong earnings season—with several carriers beating forecasts”, stocks have been falling as COVID-19 cases spike again in the United States.

US international flights over December are down 64% from last year but domestic bookings are still seeing some growth moving into the holiday season. Carrier capacities are said to be 40% less compared to pre-pandemic times which hasn’t benefit traders.

Since October 22nd the NYSE Arca Airline Index fell 12%, including a 1.6% decline on Monday. American Airlines Group was down the most, falling 12.3% over the last 5 trading days. Trefis’ AI engine predicted “a 24% probability of American Airlines stock rebounding 10% or more over the next 21 trading days” according to Forbes.

“The chances of the stock dropping a further 10% are slightly higher at 31%” which warrants investors to take caution over the next month. Over a three-month period, American Airline shares could improve to 44% but the anticipated rise and fall moving into 2021 will be something traders should keep an eye on.

Just when Air Canada was prepared to fly internationally, the second wave of the pandemic has caused shares to drop even more with a 13% loss. The company will release third-quarter earnings this week and looking at the US airline market, Air Canada could have a net loss of up to $2 billion.

AC shares are a risky short-term bet for investors since the “odds are skewed toward bankruptcy or bailout than a recovery in the next few months.”

Cargojet on the other hand is a Canadian airline that saw a growth of 121% over the last year, and with the stock price doubling, the company is still picking up momentum moving into 2021.

Cargojet’s second-quarter revenue of $196 million was up 65% higher than what the company reported last year; “gross margins expanded to a record high of 46% and quarterly cash flow surged by over 597% year-over-year.”

Investors can expect to be happy with short-term returns from the airline as long as traders remain bullish on its charts. The return on equity on Cargojet shares is expected to sit between 27%-34% over FY21.

Airline stocks in India have performed surprisingly well despite rising COVID-19 numbers and lack of business travel. Stocks in Jet Airways India has risen almost 150% this year compared to a 42% drop in the 27-member Bloomberg World Airlines Index, which comprises the world’s largest carriers.

Jet Airways is moving in the direction of bankruptcy with almost 17,000 creditors seeking claims of up to $3.4 billion. With no employees and confiscated slots, the company has traders on edge as the market fluctuates.

Ajay Srivastava, the managing director of advisory firm Dimensions Corporate Finance Services said that retail investors are the last ones to get anything from Jet’s bankruptcy, though some still believe that the company will successfully emerge from restructuring.

“The airline isn’t being thought of as a going concern,” he said, “but a shell containing assets that may be sold.”

According to Bloomberg “a panel of creditors did approve a resolution plan last month, bringing the recovery of any dues one step closer, but that doesn’t guarantee a resumption of flights.”